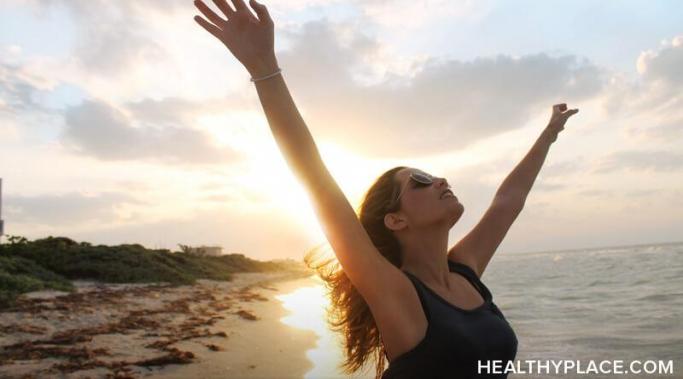 Inaccurate Portrayal of Mental Illness in Media and Stigma 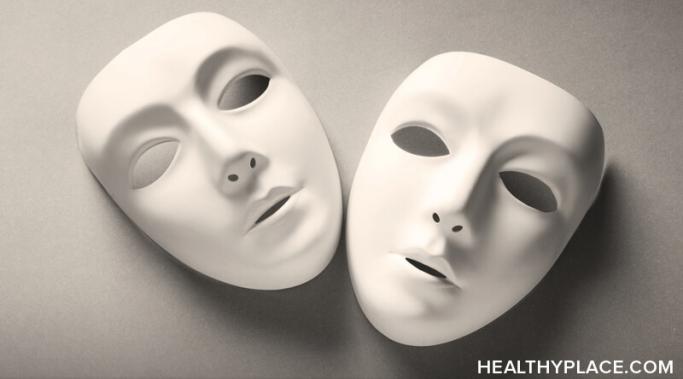 Take a moment to think of your favorite media villain. I bet the character that just came to mind is portrayed as having a mental illness with a sprinkle, or more like a heap of dramatization for theatrical effect. Batman's Two-Face struggles deeply from poorly represented dissociative identity disorder (DID), as does Split's protagonist with the 23rd identity of Kevin being The Beast, an entirely fictitious representation that--intentionally or not--paints individuals suffering from DID as violent and inhuman. The cinematic tactic aimed at creating drama and bolstering a storyline comes with an unintended and paramount side effect: stigma.
Continue Reading

Naming My Fear Is Vital for My Healing 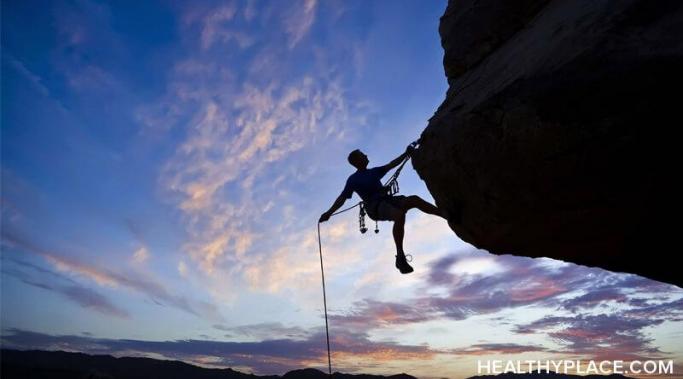 When I operate within the framework of an eating disorder, my life orbits around fear. I am afraid of consuming three balanced meals. I am afraid of not being able to squeeze in enough exercise. I am afraid of the number staring back at me on a scale. I am afraid of seeing the calorie count on a nutrition label. I am even afraid of existing inside my own skin.
Continue Reading

Meditation Helps Me Manage My Symptoms from Verbal Abuse 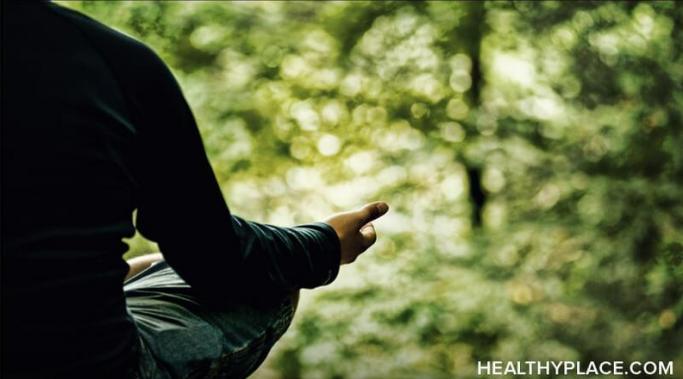 Meditation is helping me manage symptoms of verbal abuse, but there was a time in my life when I could not imagine myself meditating and taking the time to stop everything I was doing. During that phase of my life, I overcompensated for my underlying anxiety by keeping myself busy with tasks. I filled every second of the day with completing tasks. Sitting still was not part of my daily schedule, and I certainly did not try to keep my mind free and clear of thoughts.
Continue Reading

Cutting People Out of My Life and Schizoaffective Disorder 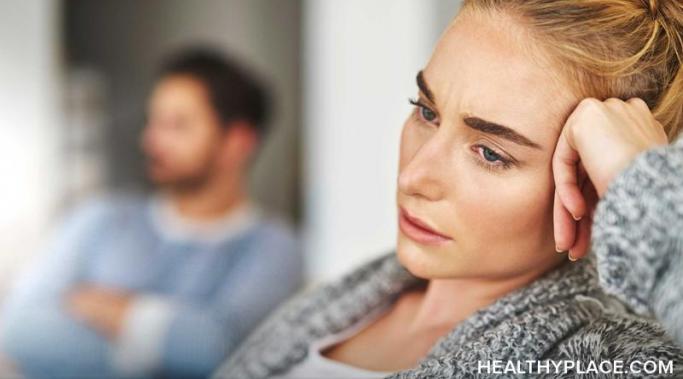 I don’t have many friends who live nearby. Part of the reason is that my schizoaffective anxiety makes me feel awkward around new people and at parties. Part of it is because many of my old friends moved to other parts of the country, and a few of them died due to complications with mental illness. But part of it is because I cut a lot of people out of my life. Here's why I cut people out of my life.
Continue Reading

Kim Berkley
Speaking Out About Self Injury 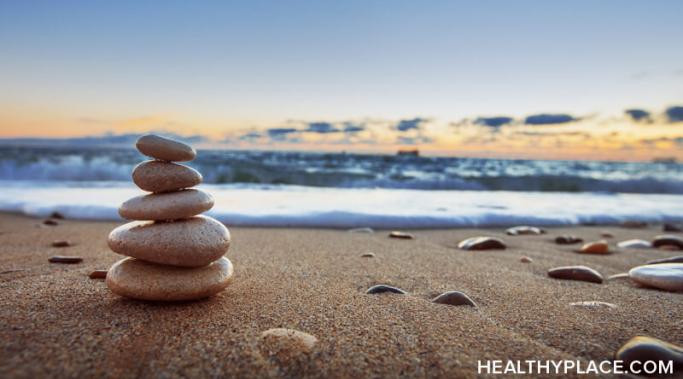 Opening up about self-injury can be incredibly cathartic and healing. But it's important, too, to set and maintain healthy boundaries during self-harm recovery and beyond.
Continue Reading

Brain Fog Is Real -- I Learned That the Hard Way 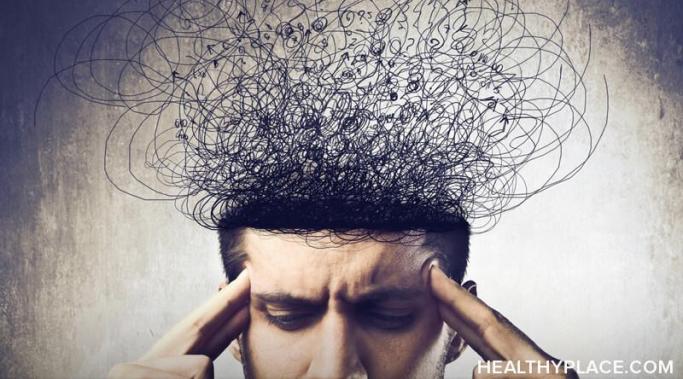 Will Redmond
Building Self Esteem 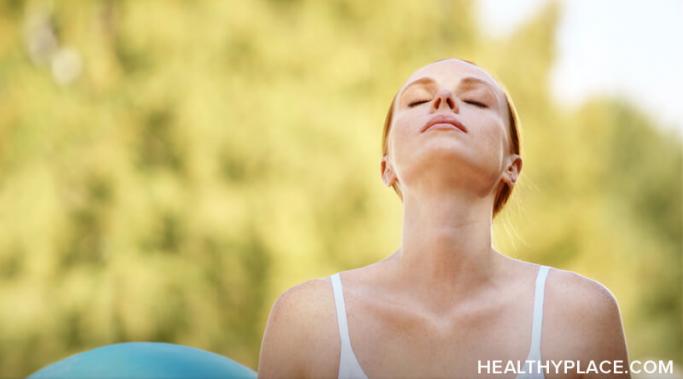 I've long been told to let go of the things I can't control, and I always wondered how. It's not like I can flip a switch and suddenly not stress over the various external circumstances I'm dealing with at the time. For years I tried to tell myself that I would just not care about that stuff. It didn't work very well.
Continue Reading

I Have Lost 4 Passports Thanks to ADHD 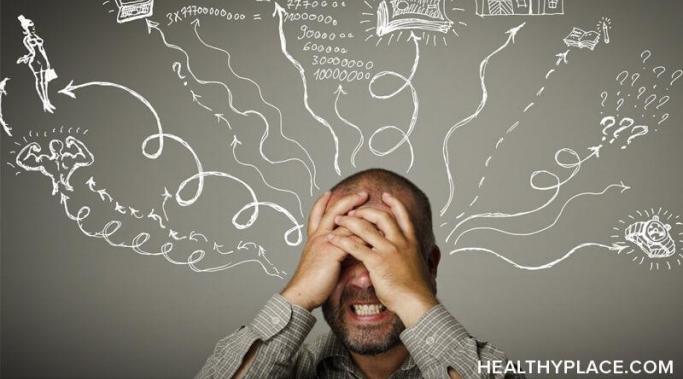 Since the age of 18, I have lost four passports. This sportsman-like proficiency in losing valuable documents is partly a result of having attention-deficit/hyperactivity disorder (ADHD).
Continue Reading

When Anxiety Affects Your Feelings of Self-Worth 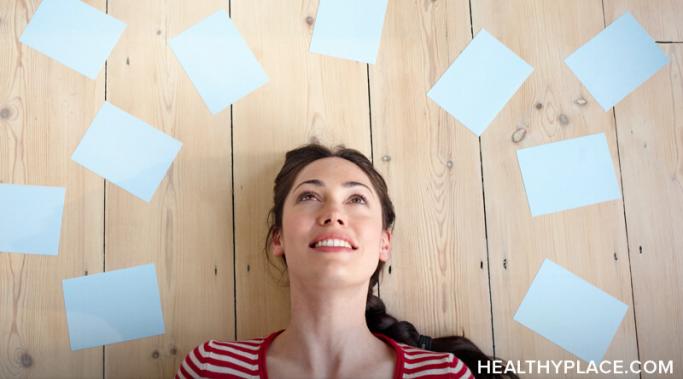 Over the years, I have been able to cope with my anxiety much more effectively than I did when I was younger; however, there are still plenty of times when my anxiety has affected my self-worth.
Continue Reading

Things Verbal Abusers Say and Do
Verbal Abuse in Relationships
Fictive Alters in Dissociative Identity Disorder
Dissociative Living
Bipolar Disorder and Ghosting: It's a Big Problem
I'm Bipolar Too
Forgiving Yourself for Embarrassing Drunken Behavior
Debunking Addiction
Do Self-Harm Scars Ever Go Away?
Speaking Out About Self Injury
What Do Dreams About Self-Harm Mean?
Speaking Out About Self Injury

Name
This is what happens when your therapist is not experienced with adhd or neurodivergence at all. Terribly unhelpful advice from your doctor reminiscent of things I was taught as an autistic person in ABA/Abusive therapy designed by the same guy who invented conversion therapy for gay kids.
Adult ADHD and Thought Stopping
13 year old kid
i have been phisacly abused and mentley with in volving rape
How to Overcome Fear Caused by Abuse
Kayel
I realize this was years ago, but in case you still struggle to communicate with reactive alters. If an alter is reactive, something is probably triggering a host. If it was sudden, think about the conversation you just had with them. And I mean the whole thing. Was there a point that their posture changed, or anything noticable? If you remember what you were talking about before that change, you can figure out why they are out.
Anything and everything is a trigger. Names, places, smells, tastes, everything.

If an alt acts defensively, it's best to stay calm and chose your wording to avoid misunderstandings. Do not let your hurt show if they are mean. That alter is likely trying to prove to the rest that no one can handle them, they are too far gone, and getting "help" would mean opening up to potentially more trauma. (It's very possible that they've experienced medical trauma/neglectigance from an early age as well, so.. lots of valid fear!) Patience is really important.
2 Techniques for Dialoguing with Alter Personalities
Gillian Bevis-King
I have been stalked; harassed; gas-lighted, repetitively, repetitively, repetitively...and infinitum...on and off...for months at a time for the last 11 years.
I have had EVERY crime perpetrated against me, over the course of the last 11 years, including 'rape'...except outright murder...that would be too obvious...or maybe he's building up to that...?
I am grateful each day I wake up and find myself still alive.
ALL THE OFFENCES ARE COVERT. HIDDEN. 'INVISIBLE' HE CREEPS INTO THE HOUSE AT NIGHT, WHILST I'M SLEEPING.
Changing locks umpteen times has not helped; CCTV has been equally useless because unless you know the EXACT time the person enters the building, you find yourself wading through tons of footage with nothing 'captured' on film.
I finally was driven to install Verisure Security System with cameras and alarm, but it has just become another 'toy' to be manipulated and keep others, away from the house.
It has all had the APPEARANCE of being PARANORMAL - Objects Displaced ; Things Going Missing and Things Appearing, in the house, which are not mine.
It all makes him look like God Almighty, but he isn't, although he is extremely highly intelligent - VERY SMART - very clever. I have two degrees but I am not as clever as he, is.
The police, certainly, are not.
Completely waste of time, because the bar, the level set for evidence by the Criminal Prosecution Service is so HIGH, as to be VIRTUALLY IMPOSSIBLE, if not, ABSOLUTELY IMPOSSIBLE, to attain.
It is NOT MY JOB, Anyhow to work as a volunteer, for the police.
MY JOB...is to...SAFE-GUARD my own MENTAL and PHYSICAL HEALTH (as far as this is possible)
ANOTHER TRICK, which he's quite fond of is seemingly, 'manifesting coins' and making it seem as if objects are materialising out of thin air (presumably by the use of some kind of remote control (?)
He was successful in driving me to have a nervous breakdown, last year, I am not going to allow that to happen, THIS year, if I have anything to do with it.
He has taught me to be an expert at managing extreme stress.

Love Bombing: The Gaslighter's Most Effective Weapon of Abuse
Elizabeth Caudy
Dear Vive, thank you for your comment. Have you considered taking her to a support group where she could talk to other people with schizoaffective disorder? Best, Elizabeth
Reading Books Helps with My Schizoaffective Anxiety