3 Lessons About Mental Illness My Physical Illness Taught Me 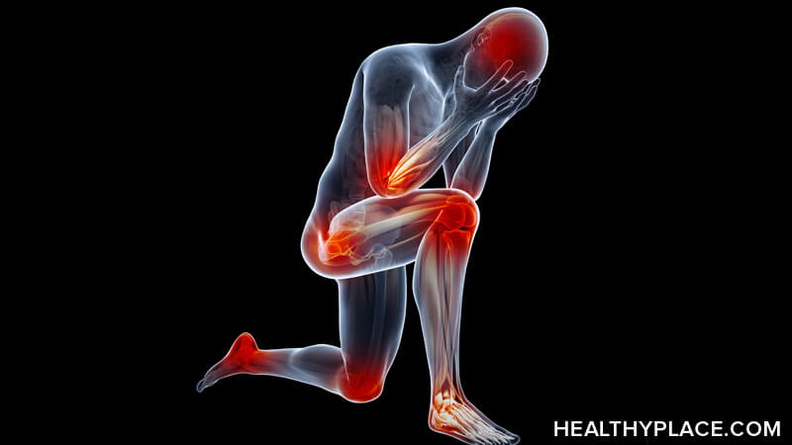 Other than a trip to the hospital, my Thanksgiving was great. I became ill almost immediately after the dinner and assumed I had indigestion. On the following Sunday, I called my doctor after Googling "indigestion lasting three days." The nurse sent me to the emergency room (ER), where I was admitted with a diagnosis of acute pancreatitis. That may not sound like the most educational of experiences, but I've learned three things about mental illness and how it is affected by physical health.

I had an appointment with my psychiatrist shortly after I was discharged--and a good thing, too, since I had an episode in which I wanted to grab an ax and start smashing up my apartment. Since I have an electronic medical record, she had access to the tests and ER report. She told me that my physical symptoms could cause my psychiatric symptoms to flare up. "Basically your body is in fight-flight-freeze," she explained. "You're prepared to face a threat when there is no threat, hence your urge to destroy your apartment."

I'm still on edge since I'm still sick, but at least now I know why. That knowledge has helped me to stay safe and non-violent. If you understand the reason behind why you feel the way you feel, more often than not, you can ease your reaction.

As a paper from the Canadian Mental Health Association of Ontario reads:

Lesson 2: Mental Illness Can Affect the Way the Doctor Sees You 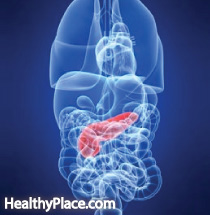 I once read that 49 percent of people with schizophrenia reported that doctors took their physical symptoms less seriously if the doctors knew about their psychiatric diagnosis. My psychiatrist saw a similar study of people with bipolar. I've been flat-out asked if I'm a hypochondriac. I must have internalized this attitude, because I went to the ER fully expecting to be told they didn't know what was wrong and sent home.

Some physicians may also be reluctant to take on new patients with complex needs or psychiatric diagnoses, due to short appointment times or lack of support from mental health specialists. The stigma associated with mental illness also continues to be a barrier to the diagnosis and treatment of chronic physical conditions in people with mental illnesses. Stigma acts as a barrier in multiple ways. It can directly prevent people from accessing health care services, and negative past experiences can prevent people from seeking health care out of fear of discrimination. Furthermore, stigma can lead to a misdiagnosis of physical ailments as psychologically based. This 'diagnostic overshadowing' occurs frequently and can result in serious physical symptoms being either ignored or downplayed . . . People with serious mental illnesses who have access to primary health care are less likely to receive preventive health checks. They also have decreased access to specialist care and lower rates of surgical treatments following diagnosis of a chronic physical condition.

Lesson 3: It's Pointless to Care for Your Mental Health if You Don't Take Care of Your Physical Health

One member of the treatment team told me to take my diagnosis seriously. I was acting as if it were a mere hangover. She told me that her mother-in-law nearly died from this because she didn't follow the doctor's orders. "It's pointless to take care of your mental health if you allow your physical health to slowly kill you," she said.

She's right. All the mental health in the world won't help me if I'm dead or dying. Mental health and physical health are closely intertwined. If you don't take care of one, the other will suffer. You have to treat both.

APA Reference
Oberg, B. (2014, December 8). 3 Lessons About Mental Illness My Physical Illness Taught Me, HealthyPlace. Retrieved on 2021, April 20 from https://www.healthyplace.com/blogs/recoveringfrommentalillness/2014/12/three-lessons-about-mental-health-learned-from-pancreatitis

Almost five years ago I was diagnosed with recurring major depression, PTSD, somatic distress and paranoid obsession. In July of 2010 I started to have severe flashbacks to my Vietnam was experiences. By November of 2010 I was crying uncontrollably and having almost constant hallucinations. I swallowed my pride and went to a local mental health clinic seeking help. I was prescribed some drugs that caused severe reactions and I has to be hospitalized.
I kept telling the shrinks that there was something physically wrong with me. The clinic had no medical facilities and the doctors' mindset was totally oriented to maladies of the mind. I was also without insurance (and had no money) and could not find a doctor willing to examine me.
About a month ago I was diagnosed with acute pancreatitis and an ultrasound shows that my gall bladder has "innumerable polyps" with no gall stones.
I don't drink. Like I told one doctor who didn't believe me: "I can count the number of drinks I had last year on the fingers of one hand. And there is one finger left over for you!"
I know from first hand experience how a mental health diagnoses biases medical doctors and how frustrating it is to be treated in such a manner.
This afternoon I will be seeing the first doctor in nearly five years who has taken my situation seriously.
If it were possible, I would go back in time and make sure that I got the proper and timely medical attention I needed.
I kept telling the shrinks and medicos that it felt like someone had "flipped a switch" and turned my life into a walking nightmare. I went from being a person with tons of energy, great physical strength and endurance and a sharp mind to someone barely able to function or take care of myself.
So, if you or a family member has mental health issues, be persistent in finding out what underlying medical issues are affecting your quality of life.

Please keep in mind that there are a many in health care who believe that this disease is only for those who indulge too greatly in alcohol. These are old beliefs and need to change. There are some psychiatric medications that can cause pancreatitis, please, please, be aware of ALL possible side effects of any medications you consume. Although I have never suffered from mental illness I have suffered with pancreatitis, Born with multiple defects of the organ I lived for 10 years in agony. I went from major hospital to major hospital with no one helping me. They attempted their theories but there were no absolutes. Eventually I was told I would not eat anymore and would tube feed for the rest of my life. I found a surgeon on the internet that was able to help me. 8 years later minus a pancreas, spleen, duodenum I can at least not obtain some pain control. Don't let anyone tell you how you feel. The road can be long and narrow, and many doors can shut, but others open. Stay true to yourself and be your own advocate and demand to be treated like a person.

I am dealing with a medical issue right now- requiring biopsy and such. Along with dealing with the medical issue, I have the fear that I will be treated differently because of my mental health diagnosis. So far so good, however- I have been treated well. I think I have faced more stigma in the past from medical providers over being overweight- which is in large part due to my psych meds. But I have had comments about both my bipolar and my weight from doctors in the past- I have had the strangest things blamed on them.