How to Handle Repeated Suicide Threats

Do you know how to handle repeated suicide threats? Princola Shields did not have to die. The 19-year-old mentally ill woman was serving a sentence at Indiana Women's Prison when guards moved her into temporary confinement in a shower stall no bigger than a hall closet, according to the Indianapolis Star. For three hours she screamed for help, begging to know what she'd done wrong, then threatening to kill herself and yelling that she was dying. Guards allegedly told her to shut up and ignored her. She was later found hanging from the shower stall. Cleary, her suicide threats were not handled properly.

Shields made suicide threats frequently and had six suicide attempts on her record. While she was in treatment as a child, she told a doctor it was just a way to get attention. How should a suicide threat be handled then? Is there a right way how to handle repeated suicide threats?

People have all kinds of ways of getting attention. However, very few people use the threat of suicide to get attention, which is why people should always take a suicide threat seriously. If the person is making the threat up, which is unlikely, they need to be taught that they are valued and will always be taken seriously (What Is a Value Judgement?). They also need to be taught healthier ways of seeking attention.

Psychologist David Miller told the Star that all suicide threats should be taken seriously, even the ones the patient says were made up. The Star reports:

When mental health professionals accept a child’s explanation of threatening suicide as a way to get attention, it “tends to minimize” the seriousness of the situation, said Miller, who is also an associate professor of school psychology at University at Albany, State University of New York, and president of the American Association of Suicidology. Anyone who talks about wanting to kill herself or himself is sending a clear message, he said, and the threat should always be treated seriously.

A lot of times when people don't treat it seriously, that simply reinforces the individual's viewpoint that they're not valued.

What Happens When a Suicide Threat Isn't Taken Seriously 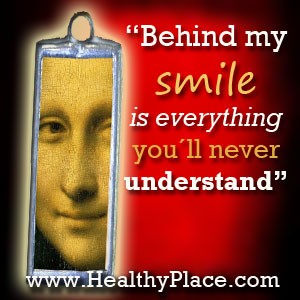 I nearly died when my repeated suicide threats weren't handled well, so this hits especially close to home.

While in the state hospital system, I was frequently suicidal (Understanding and helping the Suicidal Person). On one occasion, I told the staff I was suicidal and nothing happened. I showed them my note. I told them my plan. Nothing happened. I finally made an attempt, only to be discovered--at which point I said, indifferently, that I'd miscalculated how long it'd take to die and told them saving my life was the worst thing they could have done. The unit psychiatrist said, "We had another borderline on this unit and every other word out of her mouth was 'suicide,' so we just assumed you were the same way."

I can not emphasize enough that a suicide threat, even a repeated suicide threat, should always be taken seriously. It's far better to take a threat seriously and not have it be serious than to ignore a threat and have it be serious. People seldom make these threats up. And if, by a slim chance, they are, they're making a cry for help that needs to be heard. The consequences of not taking a threat seriously are simply too great to risk.

How to Handle Repeated Suicide Threats

The most important thing you can say to someone who is suicidal is, "I value your life and want to help you. What can I do?"

Other important things include:

Most suicidal people don't want to die--they just want the pain to stop and think that death is the best way for that to happen (Avoid Suicide by Looking Forward to the Little Things).

APA Reference
Oberg, B. (2016, May 23). How to Handle Repeated Suicide Threats, HealthyPlace. Retrieved on 2020, September 26 from https://www.healthyplace.com/blogs/recoveringfrommentalillness/2016/05/how-to-handle-repeated-suicide-threats

The Need for Mental Health Courts
Stigma and Living Openly With Mental Illness
Tonya
January, 23 2019 at 10:37 am

I've been dealing with this from my daughter for years. And again today. As I arrived at work I got a text from her. I left work to ty to help, but she lives 1200 miles away. The few people she has there say it would do no good to go to her, they said she is emotionally blackmailing me, and she is fine, well for a bipolar borderline refusing to take meds that don't get her high.

My sympathy to all those who have a loved one making repeated threats. With my Mom it was usually done in a brief dissociated rage. She made such threats every few months for 25 years before finally doing it. It seemed to comfort her to know she could complete an act that seemed to represent total control. My siblings and i had little idea how to handle it since she refused all psychological treatment.

I needed help with my daughter. She real quickbtobsay the word suicide

Bad advice for kids of narcissistic/borderline parents, where suicide is just another manipulation tool.
Remarkably bad.

The problem is that there is plenty of apathy and virtually no empathy. Mentally ill people are pretty much on their own. Need to really learn survival and slowly work your way to happiness. It is a long road. Sorry to read and hear almost daily of those that can't find themselves and eventually die. I must listen more.

Some of us it happens every single day. You never know when it is real and when it is not. This article is not that helpful, i'd rather you tell me when to see whether it is a real threat or not. I have someone in my life with borderline personality and to get every single thing she wants she threatens us with her life. I used to try and help but it got exhausting because she finished up all my money and i almost feel nothing because it happens so often. How do we as loved ones cope? And know when to draw boundaries because one cant always be there to assist. It is affecting every single aspect of my life I've been taking every threat seriously and it has only made me more drained and i can't enjoy my life at all due to the fact that I have to constantly think what if she was serious. I don't live close to her so I just get threatening messages and honestly on a daily basis to respond to every message it is not realistic at all.

I’m so glad I’m not alone in this because this has become my life as well and no matter what I do it is always the wrong way to handle it. I have no idea how to handle this anymore it’s consumed my life and I don’t know what I can possibly do more.

I have only just seen this but it is exactly what I am dealing with at the moment. My daughter has borderline personality disorder and has spent her life threatening suicide when she feels things are not how she wants them. She finds it difficult to accept any responsibility when things go wrong, and has drained all of my savings by having to bale her out of debt. If I try tough love she says I make her feel worthless, but she also shuns the help she can get from professionals because she doesn't want to commit to treatment. It is a nightmare, my family life is in tatters and I just want to help but can't anymore.

I work in a voluntary supported accommodation setting and we have had several men constantly threatening suicide when their needs are not met or when they are not happy with the way things are going. I'm fortunate that I'm not family or as the comments suggest below I would be at my wits end. I think the steps above are useful and that is to listen, understand, ask what can you do to help then explain that what they do is their choice. I would then contact your emergency mental health team and stress that they are a high risk to themselves in order to get them to carry out a mental health assessment. In UK it's normally your hospitals liaison psychiatry dept. You need to accept it's not your fault and always seek professional help to put that buffer between it being your responsibility. Look at what local voluntary agencies can do to help..If substance misuse goes hand in hand with this then I often find it's more difficult especially drinkers. Some drug and alcohol services have family support meetings Sometimes you need to back away to protect your own mental health and family.