Finding the Cause of a Bipolar Mixed Mood 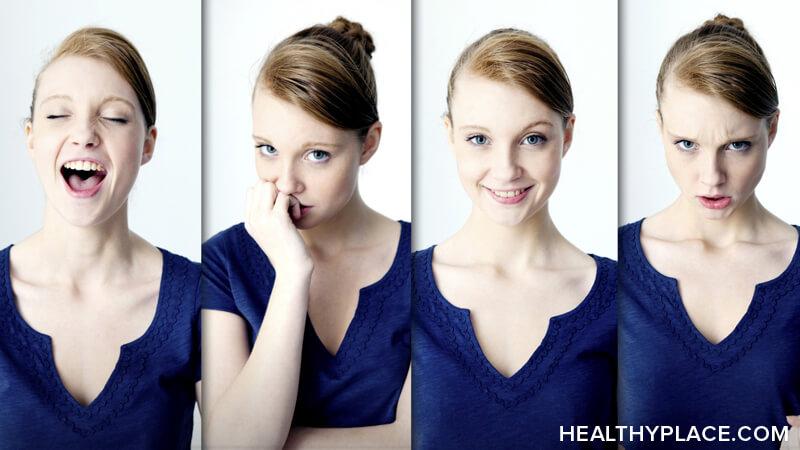 What Is a Bipolar Mixed Mood?

Mixed moods are actually a bit complicated. Essentially, a bipolar mixed mood episode is an episode wherein symptoms of bipolar polarities occur at once. In other words, a person would have symptoms of depression alongside symptoms of hypomania or mania.1

So far, you're probably with me.

But in the Diagnostic and Statistical Manual of Mental Disorders, Fifth Edition (which outlines mental illness diagnoses), they changed things a bit. They changed the designation of this mood state from a formal mood episode to a "specifier," which can be applied to any mood state.1

All that complexity said, I just refer to them as mixed moods. And for me, that means that symptoms of depression and hypomania are occurring together. (As a side note, you may like to know that women get more mixed moods than men.2)

What Causes a Bipolar Mixed Mood?

Of course, we don't know what causes a bipolar mixed mood. Initially, psychiatry felt that mixed moods were more closely related to mania, so you could think of mixed moods being caused by similar things that may cause mania.

Now, however, it's understood that hypomania, not just mania, can also be a component of mixed moods, so that complicates things.

In my experience, mixed moods come about when you're in one mod state and something strong is trying to poke through with the opposite mood. For example, I might be extremely depressed and then take a medication that is trying to improve my mood. Instead of gradually lifting my mood, there might be a period of mixed mood instead. And for me, medications are a major cause of mixed moods. (And I don't just mean psychiatric medications, either. Many kinds of medications, such as steroids, can profoundly affect mood.3)

In my experience, other causes of mixed moods might be time changes (watch out for our clocks "falling back" next week), good fortune that happens when you're depressed, major (or even minor) life changes, and many other things.

Figuring Out the Cause of a Bipolar Mixed Mood

However, it's important to realize that many times, there is no identifiable cause. Only your brain knows, and it's not sharing it with you. Don't make yourself crazy trying endlessly to find a specific bipolar mixed mood cause. You'll just go around and around, getting more anxious as you go.

Because the plain fact is this: we are not in control of the bipolar disorder. Yes, we can assert influence. Yes, we can develop good habits and take the correct medication. Yes, we can go to therapy and our psychiatry appointments. But even doing everything possible may not be enough to quell every upcoming mood episode.

So, breathe in, breathe out, and realize that you're not in control of your brain disorder. And then do what you can to try to soften the bipolar mixed mood's effects. Talk to your doctor; talk to your therapist; use your coping skills. If you can't determine the cause, that's okay. You'll get through this one and the next one.

Tags: cause of bipolar mixed mood

APA Reference
Tracy, N. (2022, October 31). Finding the Cause of a Bipolar Mixed Mood, HealthyPlace. Retrieved on 2022, December 7 from https://www.healthyplace.com/blogs/breakingbipolar/2022/10/finding-the-cause-of-a-bipolar-mixed-mood

Are People with Bipolar Considered Neurodivergent?
Being Sad All the Time Is Too Much of a Burden