Are People with Bipolar Considered Neurodivergent? 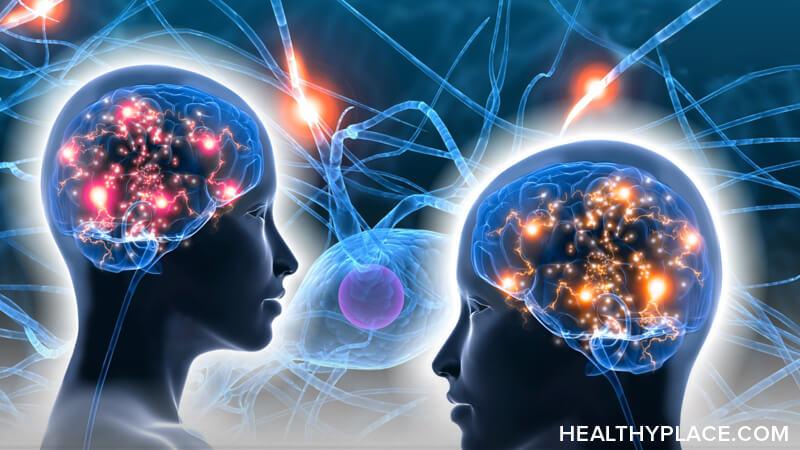 The word "neurodivergent" is flung around social media and is now very politically correct. For example, it's supposedly okay to call a person "neurodivergent," whereas calling them "mentally ill" will get you social media-canceled. But if people insist on using the term neurodivergent, then let's at least know what it means and how one might use it properly.

What Does Neurodivergent Mean? Defintion of Neurovigerence

According to Harvard Health Publishing,

Neurodiversity describes the idea that people experience and interact with the world around them in many different ways; there is no one "right" way of thinking, learning, and behaving, and differences are not viewed as deficits.1

You could compare this to handedness (or handdiversity, if you like). Most people are right-handed, and people who are left-handed interact with the world differently. Neither is superior nor "right" or "normal." Neither is considered a deficit. It's worth noting that handedness is something one can adapt to, does not require treatment, and does not impinge on one's quality of life.

What Conditions Would Neurodivergence Apply To?

Most commonly, people with attention-deficit/hyperactivity disorder (ADHD) are considered neurodivergent. One could easily argue that those with ADHD experience and interact with the world in different ways affecting the way they think, learn, and behave. Some people would argue that the ways they do this are not deficits.

However, take a look at a select list of ADHD symptoms in adults:

Then take a look at the effects these symptoms commonly have on adults with ADHD:

These symptoms do point to a different way of interacting with the world. They do point to a difference in the way they think, learn and behave. However, I think arguing they are not deficits is a stretch. There is a reason why people get treatment for this illness, and it's not because it's merely about "differences." It's about harm. It's about harm to the person's life.

Of course, every case is different, and some people with ADHD may not see such severe effects on their lives. Their differences truly may not be deficits. Are only they neurodivergent, then? A select group within a group?

The other condition wherein neurodivergence is commonly assigned is autism spectrum disorder (ASD). However, the effects of this disorder, too, run the gamut. Those with ASD sometimes have jobs, relationships, etc., that are quite normal, while others have a version of ASD that makes it impossible for them to communicate with the world almost entirely. If you couldn't live on your own, if you couldn't take care of yourself, if you couldn't communicate, how is that not a deficit?

So, is the degree of your illness the defining factor of actual neurodivergence? I would say, probably.

Is Bipolar Disorder an Example of Neurodivergence

The argument against bipolar disorder being an example of neurodivergence is even stronger. One defining factor of bipolar disorder is that it has a negative effect on your work, school, and personal life. That is literally in the definition of the disorder.

You put on top of that things like an 11 percent fatality rate in those with bipolar disorder,3 and you'd be hard-pressed to convince me there are no deficits there.

I understand the use of the term neurodivergent is an attempt at more inclusive, stigma-free language. I get it. But I have this weird thing about definitions and using words correctly. And according to the definition by the smart folks at Harvard, those with mental illnesses or severe neurodevelopmental disorders don't qualify, and, in my opinion, it minimizes the experience of these people.

I'm all for recognizing that people are different. For example, some people are visual learners, while others are auditory learners. That is an actual example of neurodiversity. But for those of us who have to claw and scratch every day just to stay alive, this term does not apply, at least not with the given definition.

Instead of inventing words or mutilating the ones that exist, I would much prefer we just use clear language and face the challenges of that head-on. As I always say, wordplay will not save us from prejudice and discrimination. It takes much more to do that.