Am I Mentally Ill?

Recently, Karl Shallowhorn of our Debunking Addiction blog wrote a post called, Am I An Alcoholic? This got me to thinking about another question that people ask: Am I mentally ill?

Who is Mentally Ill?

I’m sorry to say, boys and girls, that if you have a mental illness (diagnosed or not) you are, de facto, mentally ill (although Google here seems to think that you have to suffer from a “severe” mental illness, whatever that means). This is also considered to be, “of unsound mind,” which I disagree with, but that’s me.

But I Don’t Want to Be Mentally Ill!

No, I know, no one does. No one wakes up one morning and says, “Hey, I’d like to be a part of a stigmatized minority!”

There’s Nothing Wrong with Being Mentally Ill 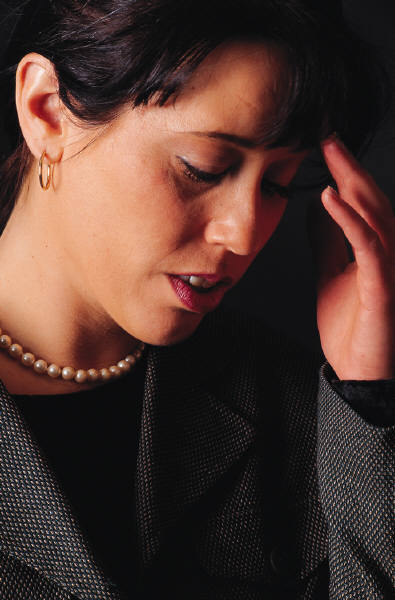 The reason people don’t want to be mentally ill is because of what people read into the words, not because of the words themselves. The words aren’t that scary so stop reading fear into them.

Yes, people will decry the term “mentally ill” and say that these are “people with mental illnesses.” Okay, fine, if that wordplay makes you feel better about yourself, that’s your business, but as long as the English language is as it stands today, I’m going to say there’s nothing wrong with being mentally ill.

Because being anything isn’t who you are it’s only a tiny part of you. Even if you are “mentally ill” that only describes a little part of you. Much of the rest of you is yours to choose as you see fit.

Tags: Honest About Bipolar I Have Bipolar Disorder Being Different Understanding Illness Brain Illness Fear of Being Bipolar diagnosis

I cannot understand your point of view. If you break your leg you are not considered ill but injured. No stigma no life long query about your ability to walk. It is the same with mental distress it exhibits itself as out of the ordinary behaviour feelings so called symptoms 9 out of 10 times it can be unbundled re-ordered and life goes on just like a broken leg.
Alzheimer's is a mental illness there is a huge difference between dementia and distress sadly both cost society a huge amount.

Any help helping me find a support group in my area?

Hi Natasha,
I can accept that I have bipolar 2, however fifd it hard to accept the fact that it is considered a mental illness. I understand that it is I am currently on social security disabiliy for my bipolar and anxiety coupled with a seizure disorder. I just perfer to not be labeled because I am not bipolar I have bipolar if that makes any....I have been medicated for years amd have taken numerous diffrent coctails and I finally found one that works so I am able to function as "Normal People" I always deal with a bit of anxiety but I have learned to deal with it and not have another label placed on my jacket. I call my disorder a disease mood disorder eases the impact when you tell people you are bipolar I have foumd that they respond better when I say mood disorder rather than bipolar.
Just my thoughts

Dear Natasha,
I really like your blog and the questions you raise. I'm thinking about setting up something similar (not the same) over here in the Netherlands. I should point to your site, too (most Dutch people speak English). The pages in Dutch that are there now, are usually life stories from 'people with experience'. Also nice, but I prefer your practical approach and explanations.
Something else about the stigma and being open or not: I think one of the causes of stigma is that mentally ill people come into the news, only if they do something bad. These are usually the ones without acceptance of the disease, self-insight, medication and/or regularity. Life and identification with the term 'mentally ill' might be easier if you realize you belong to that 'other (much much larger) group' of mentally ill, who do their best every day to deal with it, and can be rightfully proud of that.
I think that if we would be more visible, as a group, and could show the world just how 'normal' we really are (sometimes even excellent), and 'only' chronically ill, that would help against stigma. Maybe that's a don Quichotes job....but it's a nice dream, isn't it? Other groups have come 'out of the closet' in the past 50 years. Why not us? (still of course: the decision should be made on a very personal level, because it all affects you).

Hi Charlotte,
I can understand your concern, but remember, an online test is just a small indicator. You need a professional's assessment before you really know anything.
Yes, I recommend you seek help. If you feel comfortable talking to your parents or to your doctor, you could start there. Or, go see a school counsellor.
If none of those are options for you, then call a helpline and ask them what additional resources they can recommend. Many helplines are just for teens. There's a list of helplines here: http://www.healthyplace.com/other-info/resources/mental-health-hotline-numbers-and-referr…
Remember, you're not alone but you can't make any progress, no matter what the trouble might be, if you don't get professional help.
- Natasha Tracy

Dear Natasha,
I am 15 years old and I pretty sure I am mentaly sick, I have felt I need to get help , but didn't know how to, so I did a coulpe dozen online mental disorder quizes for every disorder in my family hisory and every single one based on my anwers to the questions say I have an extremely high probability of having them, BPD, schizophrania, deppresion, anxiety/panic, and adhd. Do you think I shold seek help? Where should I start to get help?
Thank you for your

Acceptance has been a dangerous and tough journey for me. After I received my diagnosis as bipolar I refused to believe it. I was sure that I had been misdiagnosed and that my therapist just wanted to find an illness to label me with. As I started to educate myself about what it meant to be bipolar, I began to see why I had been diagnosed. Two months in I decided that I should give in to my constant and persistent negative thoughts and "cure" myself of bipolar disorder. I ended up in the hospital for three weeks. After that hell, I began to accept my new reality as being mentally ill. I now have to accept that I can't stay out late with my wife. I now accept that I can't stay up late on a friday night and watch a movie with her, and that I can't sleep in on a lazy saturday morning. I have to take a cocktail of meds on a regular schedule. I can't have that glass of wine with supper. I hate my new existence, but it is what I have to do to to try and keep myself as stable as possible. Upon achieving this level of acceptance I have been more stable than I have ever been since my teen years. I now wish that I had been diagnosed before I was 44 years old. It is my new reality and I am very glad that my wife understands and supports me.

An interesting and thought provoking piece Natasha.
I guess it all depends on how one perceives their condition. For example I regard myself to always have a mental health issue, but only when it affects my day to day living for more than a few days do I consider myself unwell and therefore am suffering from mental illness, if that makes any sense. Conversely I suppose people who don't have a mental health issue probably consider me mentally ill because I have a diagnosis (well technically most of the dsvm categories at some point) or because a certain behaviour is considered not normal.

When I was treated differently as a child I suspected something about myself. When I read a book as a child about a girl's diary and her mental illness I could identify with her. A friend asked my mother why I was so melancholy. These experiences and others brought realization that I was different. My parents knew I was different, but did not make any negative conclusions because I was also gifted. Diagnosis came to me directly while in the military. By then I had accumulated a plethora of coping mechanisms. My only real complaint amid the tragedies and misgivings was that I thought I was unhappy. I was unhappy because I never accepted myself for who I was, only for what I could have been.

Hi Dean,
Thanks.
Sounds like you have a great attitude. You're right, acceptance is very powerful so it's great to hear other people espousing it :)
- Natasha

Natasha,
Once more, you hit the nail on the head. Glad I found you're writing.
I have only recently begun to speak openly about being bi-polar. Accepting it is a mental illness and I suffer from it is a powerful step. Medication is not an enemy. If I had heart problems, I would take aspirin. Going to bed at an early hour to maintain my balance is no longer something I need to hide.
I am ill and I'm proud I get up everyday and deal with it. I try to learn a new coping mechanism at least once a week and end the cycles and return to hospitals. (I like locks, the locks that keep people out, not me in)
I'm 60 diagnosed at 30 and symptomatic since about 16.
Keep up your great work.