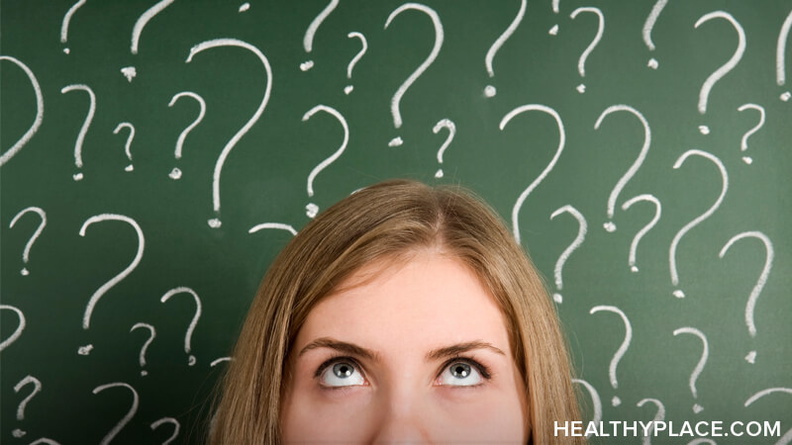 Most, including myself, would argue that, particularly without treatment, bipolar disorder is a decrease in functioning. Untreated depression and mania disrupt every part of a life in negative ways – that’s what drives people to get treatment in the first place.

Now, if you don’t believe in evolution, I can’t help you, but assuming you do, a quick refresher – survival of the fittest. The “fittest” in this case not indicating body fat percentage but indicating the greatest likelihood of survival. The “fittest” people would survive and thus be more likely to have offspring. Those offspring would be more likely to survive due to their parents superior DNA while others, less “fit,” would die before they could have children and pass on their DNA.

When I’m in a depression I’m hard-pressed to see any benefit. In fact, someone telling me there is a benefit is a bit of a slap in the face. But looking evolutionarily there may have been some benefit to depression. For example, if you were in a lower class (in any type of society there are always classes) where other, more powerful humans would use and abuse you and take your things no matter what you did, it might make sense to sit around and do nothing. It might, in fact, make sense not to fight back if your opponent would always win no matter what you did. It might make sense to eat everything you could get your hands on because of scarcity of food supply tomorrow. The physical symptoms of depression might, in fact, protect you.

The benefits of mania are pretty obvious. You can get more done than your fellow homosapiens. You’re braver; you’re bolder. You’re willing to take greater risks and earn bigger rewards. You can talk yourself and all those around you to go into battle and conquer the neighboring tribe. You might also be able to find more creative solutions to the problems facing humans at the time.

I’m not saying that in today’s society having bipolar disorder is a good thing. Quite frankly, I would never say that. But there is a theoretical role in bipolar disorder throughout human history. Those traits that we now find maladaptive may, at one time, have been useful.

A More Modern Take on the Benefits of Bipolar

Bipolar Disorder, Depression and Psychosis
Telling Your Family You Have a Mental Illness - You’re Not OK
Sophie
September, 18 2017 at 10:00 pm

As someone with bipolar I found even the title to this article horrible offensive and callous. You also don't seem to understand how evolution actually works. It does not create the fittest being, only adaptions or traits that effect life, death or reproductive potential are going to be selected or unselected for. I realise the author has bipolar but that does not make it okay to assume inflammatory titles aren't upsetting or damaging. Yes, it really does mess up people lives and is thus too serious to treat this way in my opinion.

Julie,
My doctor explained to me that the genetic basis of bipolar disorder is like the genetic basis of lung cancer.
A pair of identical twins each have the lung cancer genes. One develops cancer, the other doesn't. Why? Because they had different lives. One smoked, the other didn't. Cigarette smoke is known to 'turn on' the lung cancer gene.
In terms of the bipolar gene, stress is the thing that can turn on bipolar disorder. As your psychologist explained, prolonged abuse can do this.
It helps if you think of genetics as an active, evolving concept, rather than something you are just born with. The environment can alter the way the genes are expressed.
It also helps to realise that our genes underpin everything that happens in the body.

Ok so I don't think in all cases that bipolar is genetic. So if there was emotional abuse and neglect growing up what does that do? I personally think mine stems from my past. My psychiatrist says that yes your brain chemistry can be altered by abuse which can cause one to become bipolar or some other disorder.

I think if evolution is smart, it would not cull bipolars but balance and select FOR them. What would evolution be without Mozart and Sting, or Poe and Tim Burton? But maybe its our imbalance that makes the magic? (Sorry, probably a lil manic,lol!).

Your definition of "fittest" is not quite right - looking at a more precise definition makes it quite clear why bipolar persists and is in fact selected *for* not against.
"fittest", in evolutionary terms, does not mean the one who is strongest or even the one who will live the longest. Fittest is the one that produces the most offspring that live long enough to produce their own offspring. You can be the biggest, baddest, strongest monkey in the tree - but if you don't have any kids your strength is meaningless as far as evolution is concerned.
Thinking of evolution in these terms, look at some of the very common symptoms of bipolar mania - hypersexuality, decreased inhibitions, increased consumption of alcohol, and decreased critical thinking (ie - make bad choices). When you combine these together you get babies. That's why bipolar will likely never be selected out of the gene pool.

You also might want to consider the fact that many people with bipolar don't show any significant symptoms until later in life, and by then many have already had kids. They may or may not be effective parents, but that's not the point. Their genes have already been passed on.

You might take into consideration that modern medicine is ensuring fewer victims of Bipolar Disorder are dying than hitherto. That has a counter effect to "survival of the fittest" (as it does for any kind of medicinal practice that saves lives that would not have done previously.) So, the genes of "the best" are not necessarily what future generations are going to inherit!

This is an excerpt for my e-book "Power of Positivity"
https://www.smashwords.com/books/view/86502
Most all of us know that bipolar disorder is a genetic/inherited disorder. I have long wondered how parent's personalities and emotions play with their offspring, as to the degree of onset with bipolar disorder.
Expressed emotion (EE), defined as emotionally intrusive, critical and hostile comments from various family members towards the person with the disorder, was one of the first variables demonstrated to influence the course of bipolar disorder. The effective size for EE in bipolar disorder is significant. The detrimental effects of EE are more pronounced when received from parents than from a marital partner. Low maternal warmth is a risk factor for relapse in adolescent bipolar patients. In bipolar disorder, EE holds predictive power even after accounting for subsyndromal symptoms and personality traits. Family members who may feel unconsciously or consciously responsible for the offspring's disorder (e.g., either through bad genes and/or adverse rearing environments), or see symptoms as under the patient's control, may be more prone to blame the patient and feel angry towards him/her.

you could say the same got genetic problems like downs syndrome or cystic fibrosis etc, not that they are weaknesses but they are obviously not evolutionary advantages. Evolution takes thousands of years so bipolar etc may eventually be 'culled' but not for a while yet. Also although there is a high mortality rate people with mental illness often have children whereas people with more physical or genetic mutations don't or can't so mental illness is passed on.