Bipolar disorder is associated with extremely high (mania/hypomania) and low (depressed) moods. This is typically seen with emotional changes, behavioral changes, energy changes and so on.

Psychosis, on the other hand is the presence of delusions and hallucinations. Delusions – false beliefs that persist in spite of the existence of contrary evidence – and hallucinations are most closely associated with schizophrenia.

However, symptoms of psychosis can occur in bipolar disorder and depression as well. 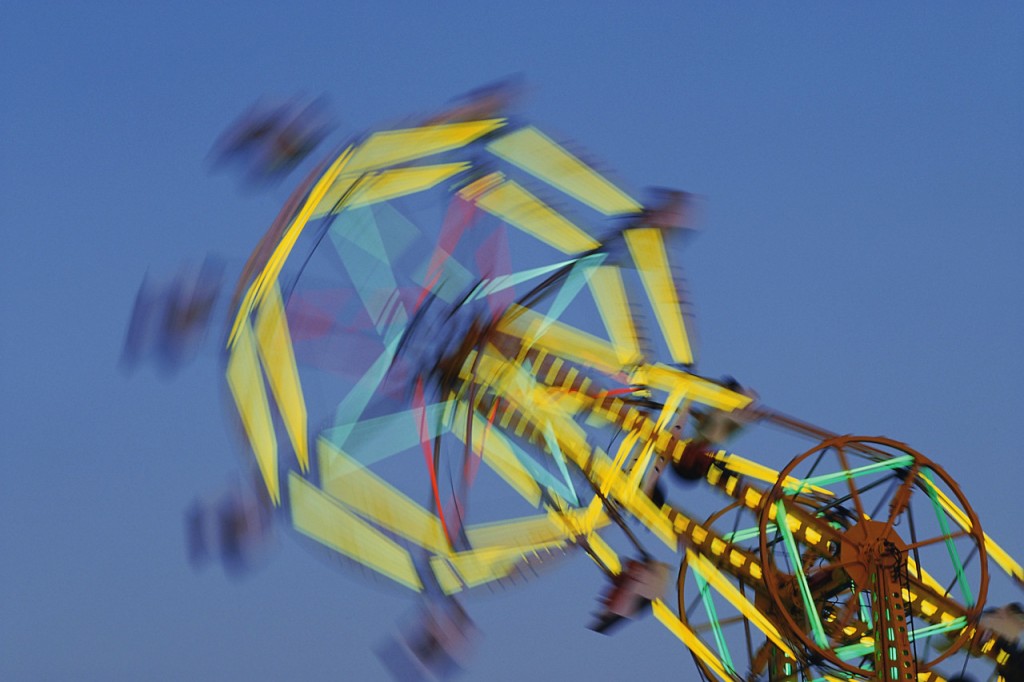 Psychosis is not a diagnostic criterion for mania but is known to occur alongside mania for many people. Approximately three-quarters of people with mania suffer from delusions. Delusions of grandeur (thinking you are a deity), paranoia and other forms of psychosis – or losing touch with reality – are common.

Psychosis is not present in hypomania.

People experiencing a mixed mood in bipolar disorder can also experience psychosis that may be consistent with mania or depression.

Psychosis can also occur during the depressed phase of bipolar disorder or during unipolar depression. Psychotic depression, in fact, is one of the most severe forms of depression. With psychotic depression a person experiences hallucinations or delusions that may or may not be consistent with mood.

If the psychosis is consistent with mood the person may unreasonably feel:

If the psychosis is inconsistent with depression the person may unreasonably feel:

The Problem with Psychosis

Sure, when described in medical-eze it doesn’t sound so bad – who wouldn’t want to feel like queen for a day? The trouble is people with psychosis truly believe their delusions and hallucinations; that is what makes them so dangerous. The trouble is not in believing that you are Jesus, the trouble is what you would do because of that belief.

As one woman explained to me, she thought she could communicate with nature and so closed her eyes while speeding down the freeway, expecting the wind to tell her when to turn her car. (The woman, miraculously, was OK.) Even after she crashed, she was not convinced that she was psychotic.

What to Do if You See Psychosis

I say what to do if you “see” psychosis rather than if you “experience” psychosis as it’s very likely if you’re the one experiencing it, you won’t realize it.

If you see psychosis in someone it is not something to laugh about or shake off. In fact, one of the problems many people have is that others indulge their psychosis, making them think it is all the more real. Anyone with psychosis needs help immediately, even if they don’t know it.

The important thing to remember is that psychosis is a real problem and consists of a persistent belief that is difficult to change, so don’t try. Just focus on safety and getting help for the person experiencing psychosis.

Please see this excellent guide on dealing with psychosis by the British Columbia Schizophrenia Society for more information.

Doing better now after the episode but i would like to tell my story. Ive done some research so i have a pretty good understanding of what happened. It started off as a pretty bad social anxiety depression that started at 15. That lasted all throughout high school. When I was 16 I met a girl and developed some pretty strong feelings toward her. One day she moved away without telling me a word. We wouldnt speak again for 4 years. My senior year of high school i took psychology and really excelled at it. It made me really start to think about life in a relatively new way. It made me realize that i was basically in charge of my thought and feelings. The depression went away, but not the shyness of the social anxiety. I graduated high school in 2011. In January of 2013 a close friend of mine shot and killed himself. I was devasted. But we had a mutual friend in the girl i knew four years ago. We started talking and then her grandpa, who i also knew, passed away. She was a wreck after losing one of her best friends and then her grandpa, and i was there for her. We started having some really deep and meaningful conversations and then eventually one night i had what i consider to be a spiritual awakening. I had all these deep insights and ideas about changing the world and pushing people towards a higher level of enlightenment and consciousness. My mindset was this: when i was going through social anxiety my thought was always a ghandi quote to help push myself through the day. Be the change you want to see in the world. When I had this "awakening" I realized that for me to make that transition I hadto be iinspired to be motivated to have the ambition to change so it made sense to me that to change the world you had to apply the same concept so I went to Facebook and started posting all these thoughts and ideas. Thinking I was going to spark the revolution. Well one night when I was doing this I got a phone call from 777 777 7777 and this person told me that they were God and I was the chosen one and some other things. I found out later that it was a friend playing a jokeon me, which was my innicial reaction. A couple days later, April 1st, I started having some real delutions about being the reincarnation of Jesus and it definitely didnt help that it was so close to Easter. So this went on until April 4th, when I had my break and it wasnt pretty. I started saying some really crazy things and life seemed like it was a movie and everything was a test from God. All that seems crazy to me now, but at the time it seemed very real. I mean it was real, at least to me. So all day I was looking for whatever it was I was supposed to do. On top of i I had been smoking A LOT of weed. It was about 630 in the evening and my dad brought me to get cigarettes. So I decided on my head that whatever I was supposed to do was at the gas station. When I got there I saw a green jetta that somebody had just purchased with a dealership paper on the back that said merry joseph kress. So I stole the car but it gets worse. I proceeded to purposely crash it into the back of a police car. To shorten the last part up I spent six months in a mental ward three on recidential care and 6 in a halfway house for the crimes. Ive been home since June and havent had any signs of a breakdown since. No meds either. Life is good and things can only get better. No more delusions or anything. Its amazing what kinds of things our brains can come up with.

Hi Rebecca,
I'm sorry you're going through that; it sounds very difficult. You are not alone though, many people have gone through those types of times and have come out the other side.
I recommend you contact local groups who may be able to help you more with your needs. You might want to contact NAMI (Google it and your area) as they may have access to resources you can use. Also, read about bipolar here at HealthyPlace and elsewhere to learn more about what treatments might be right for you.
You also might want to read this article: http://www.healthyplace.com/blogs/breakingbipolar/2011/12/how-to-choose-a-good-psychiatri…
I've got more information on where to find help here: http://natashatracy.com/get-mental-illness-help/ (*Note - that is my personal site and is not in any way related to HealthyPlace.)
There are places out there that will help you. It might be challenging to find them, but you can do it.
- Natasha Tracy

Rebecca I have been where you are. Things will improve but not as quickly as you like. It's overwhelming how much needs to be sorted out and how hard it is. Try and sort out the basic things first like making sure you have somewhere to live and something healthy to eat. Drink plenty of water. On top of that try and sort out your doc issues and medication next. I can't help you there because it depends on the country you live in.

please reply with some suggestions
thanks
rebecca

I am newly diagnosed with afective bipolar. I reallly am having a hard way to go, I was fine one day and boom I broke in May 2012, have not felt good since. I had a psychotic break down, hospitalized, but not given any support for my depression, episodes of angry, how to deal with it. Understand what happened, and medications. I need help and support to work through this? How do I get the help I need?I use to be normal, now I feel out of sorts, confused, disbeliefe that this could happen to me, my life was together, but all feel apart in May of this year 2012/ The meds I am on aren't working, I have a not so good doctor, where do I fit in and go for help. I am poor, jobless, no insurance. Who can help me know?
Rebecca

I suffered from the most debilitating type of depression. That's depression with psychotic manifestations. I grew up in an alcoholic abusive home. My response was to binge eat on sugar. This drove me into the pits of psychosis. Today, at age 69, I am well due to the intervention of counseling, whole food vitamins, thyroid supplementation, and iodine supplementation. Life is good. My story is outlined in the book Recovering From Depression, Anxiety, and Psychosis, available on amazon.

Hi Lisa,
I'm honoured if I could help in any way.
Thanks for your comment.
- Natasha

I think my Mom has a touch of this. For yrs I have tried to figure out where this Bipolar came from. Why did I get it, but not my Brothers. She takes 1/2 of an anxiety pill everyday, thats it. She wants nothing to do with other meds. She's 75 & won't budge. I always wanted to blame my Dad, as he was a tough man to grow up with. However my Mom filled my head with alot of garbage about him. She thinks she's perfect most of the time. Her mother was the same way. This article helps me not feel so angry with her. She's sick, is how I will look at it now. Thank you sooo much. I am 43 & learning so much from U Natasha :-)

The last time I was sick I was delusional I had to be hospitalized.

If I didn't know I was crazy, I'd go insane! I've been known to be paranoid sometimes-I was a teacher and was completely convinced that the principal was out to get me. I got laid off, so maybe I was right after all.

I know that I am God. Who are you to tell me that this is not the case.