Three Things We Need to Understand About Grief 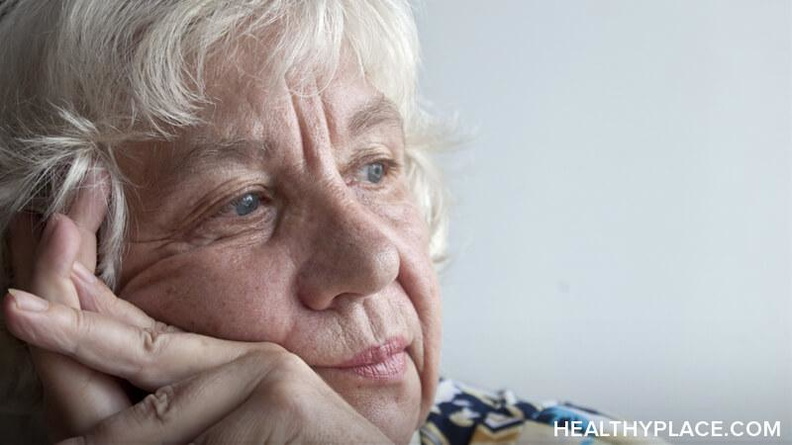 There Is No Time Limit On Grief

The first thing to understand about grief is that there is no time limit on grief. This is something I didn't learn until my junior year of college despite several losses. A psychologist in my grief support group made an offhand comment about "the first year" and I exclaimed, "You mean it takes more than one year? I thought we were supposed to be over it by then." In my family you just sucked it up after the first month and didn't talk about it. If this is your experience, you're not alone--it's a common enough misconception that it earns a mention in two HealthyPlace articles Helping Yourself and Others Deal with Death and People Are Not Goldfish. 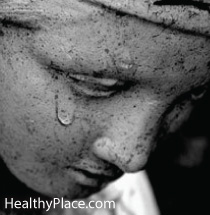 There are healthy and unhealthy ways to grieve. For example, crying, singing, painting, or laughing are all healthy ways of dealing with grief. As my 7-year-old brother observed at my grandfather's funeral, "In a funeral, people go to church and cry, then they come back to the house and have a party." Unhealthy ways of coping with grief include substance abuse, self-injury, and bottling up the emotions. There is a wide range of emotions. But there is no time limit because time does not heal all wounds.

Elisabeth Kübler-Ross wrote in her book On Death and Dying that there are five stages of grief: denial, anger, bargaining, depression, acceptance. This is not always true. Some people are more resilient than others and do not go through these stages. And that's just as valid a reaction as going through the five stages.

Personally, I don't believe denial is a stage of grief. It is pretty hard to deny facts like a dead body. It is, however, possible to be in shock or numb to the impact of the loss. And it is possible to start with any of the stages, such as depression.

When my Grandma Oberg died, I attended the funeral in central Missouri and drove home to Indianapolis immediately afterward so I could attend a psychiatrist's appointment the next day. The psychiatrist, who knew I was in mourning, wanted to adjust my medication because I looked depressed. I replied, "I just buried my grandmother. I'm supposed to look depressed. If you increase my medication for a normal reaction to a stressful situation, than it's just legal substance abuse." She didn't appreciate that comment, but she left my medication alone. And the depression did not linger as I was allowed to mourn.

Give Your Sorrow Words

I've best heard grief described as "the elephant in the room". It's there, but no one wants to talk about it and people go out of their way to avoid it. This is a mistake. As Shakespeare wrote, "Give sorrow words."

Talk about the loss. The National Funeral Directors Association tells the following story:

When Lois Duncan's 18-year-old daughter, Kaitlyn, died because of what police called a "random shooting," she and her husband were devastated. Yet, the people most helpful to the Duncans were those who allowed them to talk about Kaitlyn.

"The people we found most comforting made no attempt to distract us from our grief," she recalls. "Instead, they encouraged Don and me to describe each excruciating detail of our nightmare experience over and over. That repetition diffused the intensity of our agony and made it possible for us to start healing."

To understand grief, remember: there is no time limit on grief; grief is not the same for everybody; you need to talk about it. Remember, grief is the price we pay for love. Understand these three things to help you mourn in a healthy manner.

APA Reference
Oberg, B. (2015, June 8). Three Things We Need to Understand About Grief, HealthyPlace. Retrieved on 2023, January 27 from https://www.healthyplace.com/blogs/recoveringfrommentalillness/2015/06/three-things-we-need-to-understand-about-grief

How to Explain Mental Illness to Someone Without It
Why We Shouldn't Be Afraid of Secular Counselors
Trudi
June, 14 2015 at 5:24 am

the most important comment made for the people around me is that there is no time limit on grief. It may be that you will go for a number of weeks and seem okay but a trigger will make you feel your loss just happened yesterday. Just realise there is no time limit and let them talk about the deceased. They were an integral part of their life and should be remembered and talked about.

I loved someone very much in my twenties. We were torn apart by and kept trying to get back together but at some point I heard a lie accepted it and moved on though haunted by the memory. And now ten years after his death, twenty two years after I last saw him I am overcome with bottled up emotion.

This is a very good article. sharing what happens everyday and the way to overcome the grief is encouraging. i Love this blog...Thanx for sharing...helping me to understand self...
Regards...

"But there is no time limit because time does not heal all wounds" True. I still grief my late sister whom I loved so much. She went and applied for my course when I was still in the village then called me later to get into college. I finished and am enjoying her fruits after getting a job. No time limit for grief.

"Your grief is like your fingerprint, unique and personal to you."