When our son was a teenager, like many teenagers, he was an avid music fan and, eventually, a musician in his own right. I also enjoyed the music he listened to, so we sometimes bonded over screaming until our vocal cords were bruised. Since it’s a known fact that mental illness runs in families, we weren’t too surprised when our son started showing signs of a depressive disorder. But his disorder and his music choices unearthed some mental illness, depression stigma in our home.

I believe he’d say what saved him was his music. We were happy he’d found something to be an anchor for him in the journey of life with a depressive illness.

However, we began to notice a distressing pattern. There was one band in particular he would gravitate to when his depression was at its worst. This particular band had a very dark sound and their lyrics were depressed, if not depressing. And we, being the ignorant but well intentioned parents we were, figured it out. It was the music. The music was depressing him and maybe if he began listening to golden oldies he’d feel better.

So one day we suggested to him that his depression might be getting worse because of the music he was listening to.

It made perfect sense; after all, each time his depression would get worse, we noticed the same thing. He was listening to “that band” again. We told him about our concerns and that we’d noticed that every time he listened to that band’s music, his depression seemed to worsen.

“I Realized That I Was Not Alone in My Depression”

“No, mom and dad,” he told us in typical teenage language. “That’s so lame. You’ve got it all wrong.”

He began to explain to us how when his depression is particularly low, listening to the depressive lyrics brought comfort to him, not more distress. He told us:

I realized, that I was not alone, that even as low as I could go, some other people go just as low and even lower, and the fact they can put it into words that I understand and relate to soothes my troubled mind. When you realize others suffer in the same way, it somehow becomes less scary.

We were dumbfounded. It’d never occurred to us this could be the case. To us, it was so simple: Listen to depressing music, get more depressed. That’s pretty easy to understand. He explained:

But when you notice I’m listening to darker songs, it usually does mean my depression is worsening, but not because of the music. The music is like a balm to my soul. 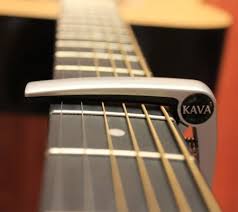 It was so counterintuitive. It simply meant that when dealing with mental illness, the most obvious answer is not always the correct answer and may even be the opposite of the correct answer, perhaps contrary to "common sense."

I submit that it’s this “common sense” factor that so often can create and further mental illness, depression stigma, particularly with family members. How? If a majority of people believe certain “common sense” ideas about the mentally ill that aren’t true, it only serves to advance stereotypes about the mentally ill. (Like they’re depressed because they listen to dark music.)

For example, how many times have you seen this subject on Internet articles about mental illness: Minimizing Mental Illness: Worst Things to Say. Why is it such a common theme? Because people don’t ordinarily think counterintuitively. They use their “common sense.” But mental illness doesn’t play by the same rules as the rest of the universe. Don’t assume your loved one is doing something wrong to worsen her depression or other mental illness. Take the time to ask her about it. Why does she do that thing, go to that place, or listen to that music?

A person doesn't need a reason to be depressed. You may learn there’s something deeper there than your common sense might have recognized.

Should Others Have Input In Your Mental Health Treatment?
On My Bad Days I Hallucinate: What Mental Illness Isn't
Joyce
January, 17 2015 at 3:37 pm

I also find this with Facebook memes. My family will wonder why I look at "dark" pictures instead of bright, cheerful ones. It helps me knowing that I'm not alone in my feelings. It gives me validation.

When Depression Causes a Lack of Motivation
Noise Sensitivity: When The World Is Too Loud
Is It Possible to Recover From Chronic Mental Illness?
Stages of Grief and Recovery After a Sudden Death
4 Brain Hacks to Fight Executive Dysfunction