The Myth of the Nervous Breakdown 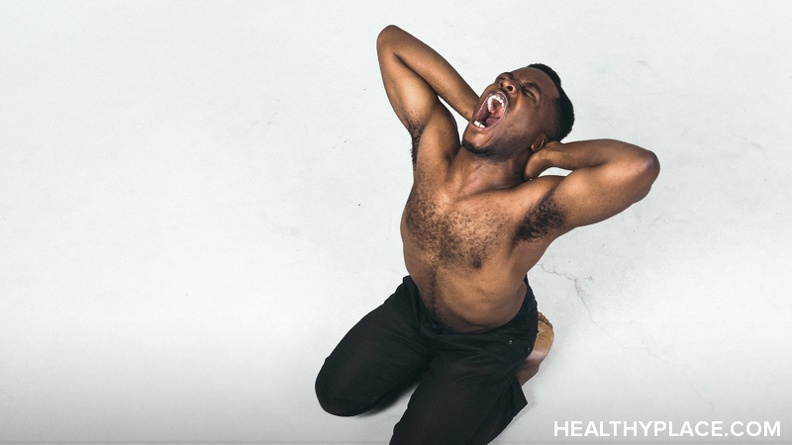 What Is a Nervous Breakdown?

According to Dictionary.com, a nervous breakdown is "any mental disorder requiring treatment."

Well, that is a definition, but it's sure a broad one. Dictionary.com is also quick to point out, however, that this term is not in technical use.

And it's not in technical use because it's not a technical nor a medical term. Having a "nervous breakdown" doesn't mean anything, scientifically speaking. The idea that someone has this thing called a nervous breakdown is a myth. When someone in our lives says it, it's usually to cover up what's really happening.

What Is Covered Up By the Myth of the Nervous Breakdown?

In the world of famous people, in press releases, people are often "taking time for themselves" in "wellness centers" after a "nervous breakdown." In other words, the famous person has some kind of mental disorder that requires treatment and they don't want to say that in a press release. I get it. If I were some big, famous person I wouldn't want to scream that I had a bipolar episode either, but that, at least, would be honest, whereas this nervous breakdown nonsense is tripe.

And when we hear about the nervous breakdown myth in our own lives it, again, means that people (usually family) are trying to cover something up. Families are famous for doing this. Many don't want to admit that Uncle George has schizophrenia so when he needs inpatient help they say he had a nervous breakdown and at other times they just call him "quirky."

Why Does the Myth of the Nervous Breakdown Still Exist?

Of course, back in, say, the '60s, when people didn't know any better, saying that someone had a nervous breakdown wasn't exactly a lie as the person saying it likely had no idea what really happened. And, of course, in previous generations hiding mental illness was something commonly done in many ways.

In this day and age, however, we know better. We know what mental illnesses are and we know that they need treatment. But what hasn't changed from previous generations to today is our desire to cover up mental illness. We wish to sweep it under the rug. We wish to pretend it doesn't exist. While we, logically, know that they do exist, we still want to believe that it couldn't happen to us, anyone we love or any rich, famous, beautiful idol.

And this is because, on some level, mental illness is still considered a moral failing. Few people will say that our loud, but somewhere, in the backs of their brains, mental illness is associated with being a bad person. So saying that your sister is in the hospital to get treatment for bipolar disorder somehow not only reflects poorly on her but on your family as a whole. So she isn't getting treatment for bipolar. She's resting after a nervous breakdown.

So the next time someone talks about a nervous breakdown or even just a breakdown, ask questions. Don't let the lie stand. And offer support whether the persons is saying it happened to him or her or whether the person is saying it happened to someone else. Be a supportive friend. Open up a real conversation about mental health and mental illness. Be the one who digs deeper to get to the truth. Help the other person process that truth. Tell the other person that you don't think any less of him or her regardless as to that truth.

Myths are defeated by reality and by science and we can irradicate the myth of the nervous breakdown but only if we challenge it.

APA Reference
Tracy, N. (2019, May 17). The Myth of the Nervous Breakdown, HealthyPlace. Retrieved on 2022, July 3 from https://www.healthyplace.com/blogs/breakingbipolar/2019/5/the-myth-of-the-nervous-breakdown

It is NOT a myth...... people use the phrase Nervous Breakdown for way too many things; I have had a "true" nervouse breakdown, and it impacts your mind, phsycial nerves, your soul...... your very being.... skills, memories,,..... I describe it like running into an impenetrable brick wall and sliding down into a shapeless puddle on the floor.. and there is no quick bounce back nor medicine that fixes it...... psychiatrist, therapists, doctors........ can make a person very dependent and isolated.

I have to disagree; nervous breakdowns can and do happen. I've had them. Several. Whenever I overdo it (ie; work to hard and too long, with no breaks) I fizzle out. I become so exhausted that even my mind shuts down. I does become a mental thing , too. I am forced to rest. Do nothing but rest . Sometimes for months; until i am restored. It's called a nervous breakdown.

I love you Natasha. I was just thinking about this recently. It is a lie.

I loved this post! I have certainly used the term in my book that I wrote because that is a term that was still used in the 80's prior to me being diagnosed with bipolar disorder in 2005.
I have been trying to email healthyplace.com, but keep receiving error messages. I want someone to know that I have posted SU4MH on my FB page, and my website. I may have to re-post on website as I am in transition from one company to another, revamping the site.
I am also HIGHLY interested in blogging about mental health. I have recently published a book Aug. 2018, sharing my own personal story of living with bipolar disorder and have decided to be a "VOICE", no longer hiding behind the illness.
Please contact me so that I can share the topics I am interested in writing/blogging about, as well as, send a Microsoft word sample per the request for blogger position.

Hi Arnita,
Thanks for getting in touch. Are you following the directions to get in contact with us as seen here? https://www.healthyplace.com/about-healthyplace/about-us/blogging-for-healthyplace
I've confirmed email is coming in as expected.
- Natasha Tracy