Starting Conversations About Bipolar Disorder (When You Don’t Have Bipolar)

Mental illness is a daunting subject matter for anyone. Thinking of how to approach a conversation about bipolar disorder would scare the pants off of the most politically correct of animals.

But is there a “right” way to handle talking about mental illness?

I’ve talked about this seemingly ad nauseam, but I shall say up front: while I have no trouble saying “I’m bipolar” many people are offended by this and prefer to be referred to as “a person with bipolar disorder.”

If you don’t know what a person prefers, go with the latter, it’s safer.

If You Don’t Have a Mental Illness 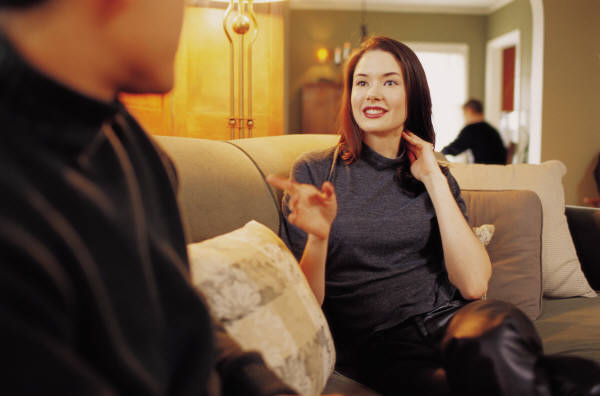 If you don’t have a mental illness you might feel like you have no business starting a conversation on such a tough subject, but that just isn’t true! I, for one, applaud the fact that you want to talk about the tough stuff. It’s brave of you to tackle what so many run away from.

But there are a few things to keep in mind when you’re talking to a person with a mental illness:

Ways of Starting a Conversation on Mental Illness

Here are some ways you might start talking about mental illness:

And even if you do everything right, the person still might not want to talk about his mental illness. This is okay. This is not your fault. Maybe he needs some time to adjust. Maybe you can say, “We can talk about it when you’re ready,” or, “I understand your reluctance to talk about this, but there are some important things I need to ask (or say).”

But don’t worry, the conversations will come if you just try to be respectful and caring. And maybe in the meantime, you can learn a bit about the disorder while you’re waiting. You’d be amazed at how many people have no idea what bipolar disorder really is. So do a bit of reading. It’ll help the conversation go more smoothly when you do have it.

And pat yourself on the back. You did what I wish so many people would do: you opened up a conversation that can help eliminate stigma and discrimination. Because I firmly believe that it’s only by openly talking about the realities of mental illness that we can, as a society, accept it as the disease that it is, and not as some kind of perceived character flaw.

(You might also be interested in this followup story: Starting Conversations About Bipolar (When You Have Bipolar)

APA Reference
Tracy, N. (2013, January 8). Starting Conversations About Bipolar Disorder (When You Don’t Have Bipolar), HealthyPlace. Retrieved on 2022, May 23 from https://www.healthyplace.com/blogs/breakingbipolar/2013/01/conversations-about-bipolar-you-dont-have-bipolar

The Best of the Breaking Bipolar Blog in 2012
Starting Conversations About Bipolar (When You Have Bipolar)
carol kvandeCarol Kvande
January, 25 2013 at 6:53 am

I and my family read a book. How to love a person with bipolar, says it all

Great article. As the mother of a son with bipolar disorder, I had to learn that that while I often wanted to talk with my son about the illness, so that I could learn more about it, he wasn't always ready. But I did keep trying, and when he was ready (3 years and 5 hospitalizations later), it was worth the wait--for both of us. For us to be able to share what it was like when he was episodic truly opened each other's eyes and helped us manage through subsequent hospitalizations. For us, gentle persistance paid off.

Dear Natasha:
Thank You for this article & it's companion article. I have forwarded it to my kids, parents & Pastoral Staff. You do a great job job of "putting the cookies on the bottom shelf" for people who don't have a clinical background. Educating & demystifying BP & mental illness specifically has become an important part of how I cope with my own Dx. Thanx for all you do. rj out

Great article. In the 5 years since my diagnosis and one hospital stay, only ONE friend has brought it up and asked me what it was like, how I was doing (not the generic how are you doing, but specifics to bipolar how are you doing)and would point out signs to me or ask me if what she was noticing was a symptom and if I answered yes, asked what was the best thing she could do to help. It was so nice! I hate that we no longer live in the same state. I really miss her.

Hi Natasha, excellent article!!!
But I'd love an article about how to talk about bipolar being bipolar. I mean, I've been bipolar for 15 years (since diagnosed), but I can never talk about it. Nor with my family, friends, sometimes even my psychiatrist... And I guess, it makes everything a little bit difficult, because when I'm in crisis I try to be normal, but I get angry and explosive, or weird, and as I don't talk about it, and my dearest ones live in denial, it's always a chaos. Because, is like there's no "explanation to my mood." Thanks and good luck.

Hi Natasha, this is a lovely article, sensitively written. I was diagnosed with Bi-polar about 10 years ago and have been quite open with people about it. Mostly because I wanted people to understand why I act differently at times and hopefully look out for signs that I might be getting ill, as usually I can't tell at first. However whilst most people have been great about it, some people do find it difficult to talk about, I guess like you said in a previous article some people are afraid to acknowledge it exist. So the more positive publicity that mental illness gets the better.