Want to be Bipolar Online? Grow a Thick Skin.

Now, of course, no want wants to be bipolar, but people do make the conscious decision to admit to their bipolar disorder online. There are many reasons to do this but often people want to be able to express themselves in catharsis or reach out for support. These are perfectly good reasons.

But, unfortunately, that decision is not always met with understanding and support. In fact, sometimes it’s met with vicious hatred.

Not long ago I was in touch with someone newly-diagnosed with bipolar disorder who had started a blog to express his feelings on it. He was just an ordinary guy trying to do his best to make sense of the senseless.

And what happened? Quite simply he was attacked on all sides from the antipsychiatry crowd. Somehow they found him, zeroed in on him, and hounded him with hatred until he slinked off of Twitter altogether.

What’s up with the Hatred?

I wish I knew. I can only use myself as an example. In no particular order, recently, in public forums, I have been called:

And many other such flattering things.

In short, people hate me because I’m not antipsychiatry and because I hold opinions contrary to theirs. 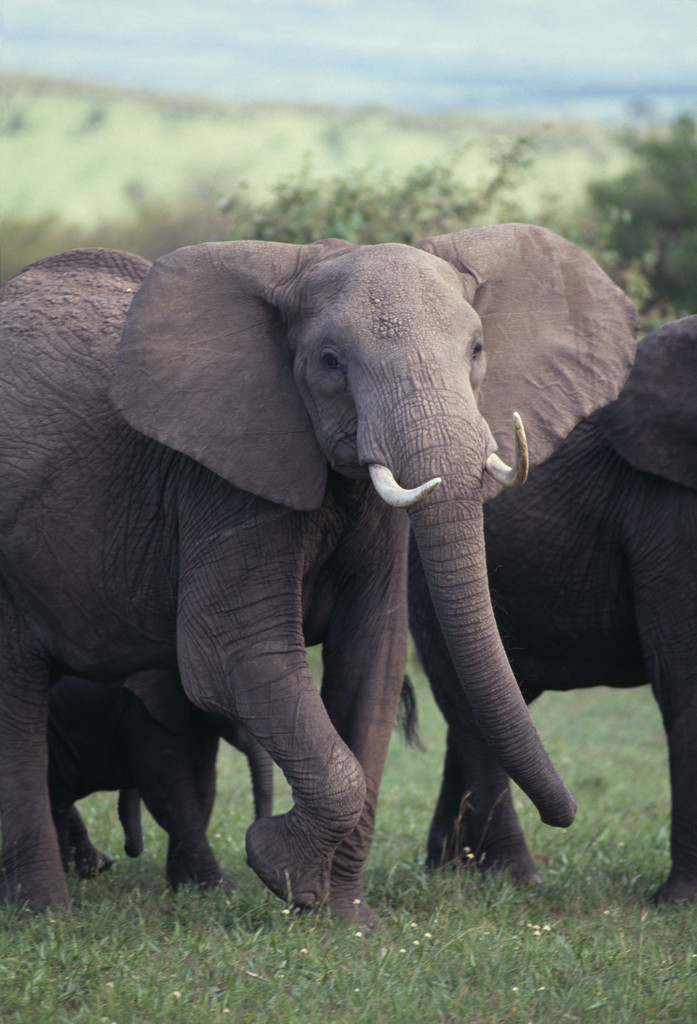 I Have Thick Skin

Luckily for me, I don’t much care about the opinion of these people. Some of them continuously hound me while others just pop by once to spread the love, either way though, their insults are meaningless. People who express themselves in this way do enough to discredit themselves automatically that I feel perfectly justified in not listening to them.

Unfortunately, not everyone has managed to grow such thick skin. And these are the people for whom I feel very bad. These are the people that are genuinely wounded when attacked by others. And often it’s guilt by association. I watch people get pelted with rocks simply because they don’t side entirely with them.

You Need Thick Skin Too

I think it’s important to remember that when a person comes out and screams at you because of your diagnosis, your treatment or because you don’t agree with them – it’s about them and not you. These people that are hurling insults at me are doing so for their own personal reasons that have nothing to do with me. No rational, reasonable person would act like they do. So they are being driven by something else. Something that has nothing to do with me.

Thick skin allows you to step back from the fray and remind yourself that the fray is not about you and it is beneath you. They can hurl and pelt and throw and it doesn’t matter because you know who you are and what you think and you don’t need to worry about every little troll’s opinion.

The Power of the Delete Key

The delete key and block function are powerful things that you shouldn’t be afraid to use.

It’s About Your Health

Because, in the end, you didn’t talk about bipolar disorder in order to have people attack you. You talked about bipolar disorder – probably – to feel better in some way andprotecting your mental health is important. Don’t let these people get to you. Do what you need to do to protect yourself and then carry on. Because these people will come. But it’s your choice whether they beat you down.

Anxiety and Psychiatric Appointments
Fear of Abandonment Due to Mental Illness
judy
June, 10 2013 at 8:33 pm

I get the importance of developing a thick skin - I've been called all kinds of things in my life. I've had racial slurs flung my way, I've had food thrown at me, people have made fun of the way I look, etc. For the most part, I am prepared for that kind of ignorance, which comes with the territory of belonging to a minority group. Sure it stings and I get upset, but I also know these people are just ignorant and it is easy to put the whole incident behind you. Now, what if these same ignorant people take it a step further by crossing the line - stealing things from you, posting things while posing as you, completely trashing you in a horribly public way to the point of affecting your livelihood - not to mention your health? Now I get it. These people certainly have their own form of crazy - whether they're crazy zealots, sociopaths, victims who, in turn, become bullies. Frankly, I don't know. I don't care. I only care that they crossed that line. I know it isn't my fault. But in this case, you certainly need something thicker than skin.

Hi Renea,
Yes, I tell people to grow a thick skin, but the fact is it's awfully hard to have a thick enough skin to withstand everything that's thrown at a person like me seeing as I'm "killing my friends" (a nice remark from earlier today). Like you said, sharing makes you vulnerable so it's kind of a catch-22.
"Bullying is a reflection of the person doing it, not their target, and I agree, they discredit themselves."
Well said.
- Natasha

Well said Natasha. I have been reading your blog off and on for awhile now and have thought your articles excellent. There is a risk in being public about anything and I think sharing about personal mental health issues can make us particularly vulnerable - unless, as you say, we have a thick skin. Even then it can be hard. There are bullies and haters in every crowd. I appreciate your posting tips for managing them. Bullying is a reflection of the person doing it, not their target, and I agree, they discredit themselves.

Hi Kaitlin,
Yes, when someone says I'm just "wrong" I almost want to laugh, as if there were some definite "right" or "wrong" answer to most of these questions. But somehow people don't like grey. It is, generally, rude and closed-minded, but many people are like this.
I agree with you that people do need to understand the power of words. I know it well and I very carefully consider what I write. It's not always happy-talk, but I try to give people information, awareness, entertainment and a bit of hope if I can. I don't want anyone to see my words as pushing them further to the edge (although one can never take responsibility for how someone else will interpret the words you write).
And thank-you. I believe (and have been told) I help many and I'm honoured to have done so.
- Natasha

FYI, you can't expect everyone to grow a thick skin. Liek it or not, there will always be thin-skinned people in the world. Expecting everyone to do what you did is what bullying Darwinist does. If you ask me, I'm against social Darwinism because it forces everyone to think that only the strong deserve to survive even though it's now the twenty-first century. But asmy dad told me when I was in eighth grade,we all have to accept our weaknesses.In other words, he told me that no one can expect to be invincible. However, that reminds me of what one of my male professors from college told me:There's room for all types of people in the world and that rainbows don't have one color. If you ask me, he's correct. So if you find any thin-skinned folks, leave them be and let them be the opposite of thick-skinned all they want instead of trying to force them to be the opposite of thin-skinned.

I don't plan on ever blogging though I would love to help educate and would find it therapeutic. I won't because of the people you are talking about. I'm fine with someone saying, "I don't totally agree with you and here's why... but I respect your opinion and say do whatever works for you." I am NOT fine with someone saying, "You're wrong. End of story." These people will argue to the death about their points regardless of what evidence is put in front of them. I find it rude and close-minded.
Everyone needs to be aware of the power of words and that a lot of people who are one step away from the edge may be reading them.
That being said, I have a great deal of admiration for you Natasha, for putting yourself out there like that. I'm sure your words have helped more people than they have pissed off, though sometimes the ones in need of such help tend to be quieter.

I'm extremely vocal, open and frank on my blog about living with Bipolar, just as I am regarding the illness in my daily life. That has had both positive and negative ramifications and has come at the price of losing some "friendships" along the way.
Natasha's absolutely right, though. If you want to go public with your illness in an effort to educate, stimulate and encourage & help other people who might otherwise not reach out, you have to be mentally strong-willed enough to handle the consequences.

I can understand the fervor of the antipsychiatry crowd. If someone was telling me that I couldn't trust my own thoughts and feelings, I would fight like hell before I accepted that. That might mean tearing down every proponent of mainstream thinking I came across. Insight's a bitch.

I love Natasha's ability to say what is on her mind...
Blogging can be very beneficial, if and when a person with a psychiatric disorder can handle it. I find that if I have an issue, and I keep it "inside" myself--it tends to be like a eye on the stove...the higher the temperature of the situation at hand, the more likely I am to boil over....
So, with that said, I either use a person in my life or my psychologist to talk about those situations. It is when I talk about it and get it on the outside world, I can usually handle it more or less....it's not as emotionally charged or difficult to see more than one side.....
Keeping either a personal journal or a blog is very therapeutic to me--it allows me to go back and read what was happening while I was so emotionally charged. Writing it down, allows me to see what the situation is and to know that it's not gonna 'blow up' out of proportion.
Talking to a trusted friend/trained mental health professional is great too. Setting boundaries with all people is helping me to learn what works for me and keeps me on an even keel (for the most part)...
I am truly learning "not to sweat the small stuff in life" because really and truly at the end of the day---all that counts is that YOU survived and did the best you could do for that day. No more, no less.....

Excellent points. It's not just antipsychiatry zealots who troll, there are all kinds of haters, and those new to social media should be aware they're out there looking for people to attack. Showing personal vulnerabilities can make you more vulnerable to them - I'm not victim blaming, but pointing out how haters operate.
For some new writers who are in fragile states (suicidal, easily triggered, etc.), having a public blog might not be the best idea. Consider having a private blog or locked Twitter account if you don't feel you can cope with more pain. I learned the hard way; my public emo blogging days are long behind me for this reason. I protect myself.
I wish I had your strength, Natasha, but for me being private is a second best solution and I recommend others consider it too.