And in all of that time I’ve noticed something – I get anxious before a psychiatric appointment. Even though I’ve been doing this seemingly forever, when it actually comes time to sit in the waiting room and then be taken to the tiny room with the dingy paint, I feel anxious.

The First Time I Saw a Psychiatrist

Not surprisingly, the first time I saw a psychiatrist I was terrified. I thought he might be satan. Well, OK, not satan, but a drug dealer. A bought-off, profit-driven drug dealer. He wasn’t, of course, but my brain wasn’t really interested in superior logic at the time.

And I was shaking I was so scared. I didn’t want to go, but I had to. I had to get treatment or I was going to die.

And today, I still don’t want to see a psychiatrist. Sure, I’ve gotten over all my wacky thoughts about drug dealers but still, I hate seeing him. It’s not that he’s a bad guy – he’s not, it’s not that I don’t like him – I do, it’s just that I bristle at the idea of seeing a doctor at all. I’m just like that. 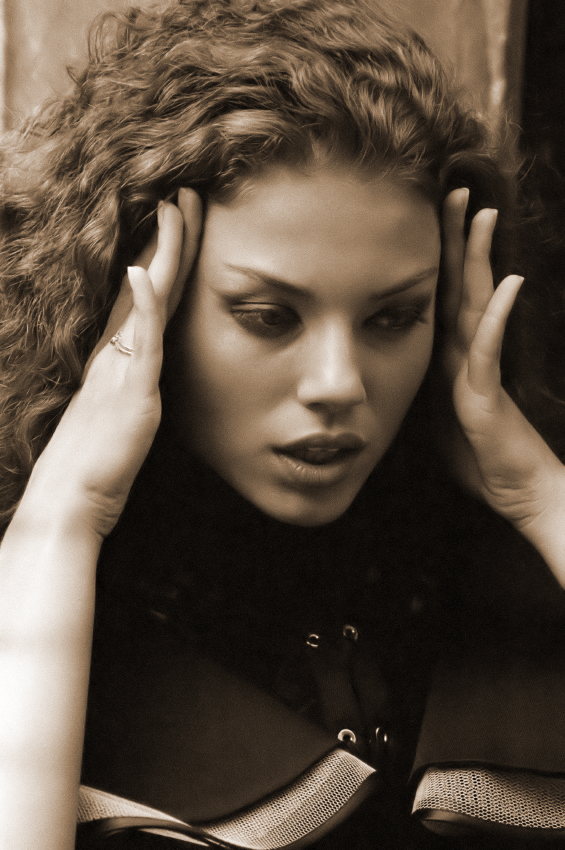 So I feel anxious before psychiatric appointments. I’m really not sure of all the reasons why. I’m not sure what it is I think is going to happen that’s so bad. We’re going to talk. He’s going to make suggestions. I’m going to accept them or not. It’s not exactly a NATO crisis summit.

I think part of it is that I worry I’m going to forget what I need to say, so whatever I need won’t get addressed. I also think I’m scared of what he’s going to say, that it may be something terrible.

Like with most anxiety, this anxiety isn’t logical, it’s emotional, so I can use logic and my mind to combat it. For example,

Loving Someone with Bipolar Disorder
Want to be Bipolar Online? Grow a Thick Skin.
Renita
January, 26 2015 at 11:07 am

Thank you Kaitlin for voicing how I feel, well sort of. I know I need to be more honest with my doctor about how I'm doing but I'm afraid for fear of what will happen. For me it's an issue of trust. I don't like feeling vulnerable.

I've never been to a psychiatrist but finally realized my family Dr is not really helping my anxiety, ocd etc. I emailed a psychiatrist in my area and he called me back right away. I was too afraid to answer..i hate this :( I know I need help but i get physically shaken, sick and terrified to just do it :(

I think it is that feeling of authority that is the kicker.....in being uptight or frightened when going to the doctor. I have seen mine for about 4 or 5 years. He is a very gentle man, he listens, and actually considers what I have to say about my treatment. I trust him absolutely but still experience this unexplainable fear when I go. I usually have to take a sedative before I leave so I can make the hour long trip withoug freaking out. Mental illness is not fun, that is for sure! Thanks for the great article! I enjoyed it.

The only time I'm anxious before seeing my psychiatrist is when I have generalised anxiety.
I've been seeing my current psychiatrist for 7 years and I'm very comfortable with him. I've seen a number of psychiatrists and psychologists over the past 35 years, including one nasty piece of work who violated me physically -- great for future anxiety levels but since dealt with -- and my present psych is the only one I've never felt anxious seeing. I think this lack of anxiety is because I trust him, he knows me well and we have an effective therapeutic relationship.

I am always nervous to see the psychiatrist. I've even had a full-blown anxiety attack in the waiting room (that continued in his office). This happened to be the day after I had my first hallucinations and I was completely on edge. I could barely even speak. I'm always worried about saying the wrong thing, and that he/she will think I'm making it up and will refuse to help me.
I think doctors, in general, are a position we give a lot of authority too (in society in general). It sometimes feels like I'm a naughty child being sent to the principal. This perceived authority might be what makes me nervous.

Ive dealt with too many terrible doctors over the years. Some of the anxiety is rational but it isn't helpful at all.

Me too. I think I am afraid I will go in and tell the doctor how bad I am feeling & out of the blue, she will say, "There's nothing wrong with you. Just exercise and volunteer somewhere." There is no way that will ever happen since she is the one who diagnosed me. I guess it's just my underlying fear and feelings about those who don't understand mental illness.

I do the same exact thing. I have been seeing a psychiatrist for ten years and I am always anxious starting from the time I get into my car to drive to the appointment. I think it is like you said, that you are worried you might forget to say something. I contemplate my anxiety all the time so I always want to do my best to explain every little detail that I believe he can help me with. It is kind of ironic that appointments designed to help anxiety serve to create it, but I guess that's how it goes.

While I don't really get anxious, I do fear saying the wrong thing. It could get me put on the wrong medication or force me into a hospital, all because I misspoke.
I'm glad you continue to go to your appointments even though they aren't fun for anyone. It shows you want to get and stay better.

Me too! I've been seeing my psychs for 12 years.

Oh. yeah! Me too! And I've been seeing my psychs for over 12 years.

Weird! I wonder why that happens. It happens to me also. Especially when the door opens and he calls my name. It's completely irrational.