Effects of PTSD on Relationships If Both Partners Have PTSD 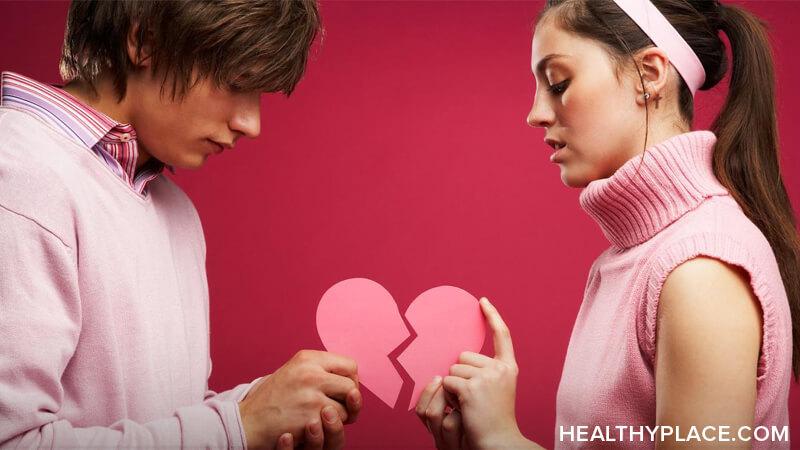 My husband and I both have PTSD. Though it may sound strange, sharing PTSD is part of the reason we bonded so quickly after we met (we married a week after our one year anniversary). Although we developed posttraumatic stress disorder as the result of different--but not wholly dissimilar--traumas, we have some of the same symptoms, and are able to understand the daily burden of pain we each experience. Love is not only based on positivity and tenderness; being understood is powerfully attractive as well.

In my experience, the effects of PTSD on relationships when living with a partner who also has PTSD have both benefits and pitfalls. This checks out with the experiences of other couples I've interviewed and read about. I'm not a psychological expert, but the following is a list of the benefits and disadvantages I've gathered about being involved with someone who also has PTSD.

The Effects of PTSD on Relationships

The Benefits of Both Partners Having PTSD in Romantic Relationships

PTSD Relationship Problems When You Both Have PTSD

Finding a partner who understands the unique pain and trials that accompany life with posttraumatic stress disorder can be a relieving break from romantic partners who just don't get it. On the other hand, you may both need a level of care from each other that you or your partner might sometimes find difficult to provide.

Many will say that people who have a mental illness should wait to be in a relationship until they have dealt with the bulk of their issues. Because PTSD can have such a long healing period that is so intensely connected to a need for a community, it may be hard to resist connecting romantically with someone who understands you. Hopefully, this anecdotal list will help you determine whether dating someone else who has posttraumatic stress disorder is right for you.

Tags: effects of PTSD on relationships

APA Reference
Brico, E. (2017, December 8). Effects of PTSD on Relationships If Both Partners Have PTSD, HealthyPlace. Retrieved on 2022, August 16 from https://www.healthyplace.com/blogs/traumaptsdblog/2017/12/you-and-partner-have-ptsd

Does Your Faith Support Healing from PTSD or Limit It?
Sleep Deprivation with Posttraumatic Stress Disorder (PTSD)
Yitzel Baker
May, 17 2022 at 10:56 am

my husband let me after 24 years marry because PTSD a been so hard for me i wish he get help but he just said i will thanks him later my self need help.

My wife and I both have cPTSD. It’s great that she understands my weirdness but it’s hard to fulfill her needs when my needs are not being met. Codependency is draining me. There are some unhealthy aspects but we are both in therapy and trying to heal. I love her and I know she loves me too. I just wish I didn’t lose myself trying to love her. I don’t remember who I am.

Love always wins. Love will find a way. " Love bears all things, believes all things, hopes all things, endures all things. Love never fails." (1 Corinthians 13:7-8).
If each spouse has PTSD and genuinely loves the other spouse, notwithstanding the symptoms of PTSD that manifest, and are divisive; a commitment to 'pursue love', and remain committed to the marriage and each other 'in sickness and in health' will lead to a self sacrificing compassion toward one another and acting in a way that demonstrates that. Not seeking one's own way, not being proud or selfish, but seeking the good of the other (at least when you are able) will yield tremendous results. As anyone with PTSD knows, what we need is "unconditional" love, acceptance, understanding, grace, mercy, and forgiveness. When one knows that is what one needs to make it, then it follows that one's spouse ALSO needs that. A marriage in which each partner does his or her level best to make choices that give to the spouse what they need (at least when one is able), will produce a safe, secure, and loving place for each to heal. Failures will occur because each spouse will have their episodes of PTSD. And sometimes the effects of PTSD will be present in both spouses at the same time. At those times each spouse will be needy and not so able to give what is needed to their spouse. God promises to help us with Grace in those times. If we pursue love and make conscious choices to love without condition, accept the PTSD of our spouse, bear, believe, hope, and endure without demanding our own way, it is guaranteed that LOVE will not fail. Before giving up and giving in to the lure of divorce and the 'promise' of greener pastures on the other side of the fence, take three months and give yourselves to this instructive passage of scripture. Pursuing love is not about pursuing a feeling, it is about pursuing actively by making practical choices to behave towards your spouse in this way. Do this and you WILL see results!

My now-ex and I both have PTSD, and we trigger each other because what we need in these moments are opposite. There was also an incident last month that affected both of us; I relate strongly to your husband in the "space to heal" section. After six years, we're both finally working with doctors (I did 6-7 years ago, but it's time to finish the work, plus last month set things off worse than ever). But we love each other, so how do we not lose each other?? We're on the brink right now. I constantly feel abandoned by my person, and I freak out on him, pushing him further. If we need to take x amount of time, fine, but I need to save us. He's too avoid-y to say the same, but whenever I've pulled back, he asks me not to... until this last week. How do we keep temporary responses from ending us permanently? This is the only... Why aren't there resources for when both partners have PTSD? Sorry, I've been super emotional lately.

How did you negotiate the space you needed to heal? I'm in a similar situation, where my girlfriend relies solely on me, but i'm not able to fulfil her needs for support because i'm suffering from PTSD myself. I want to go away for a few days with my friends to recover, but she won't let me because she thinks i'm abandoning her. Any advise would be great!

My boyfriend uses ptsd as a reason to be going off he destroys things pushes me down an screams he also does drugs. I have PtSD also from a tragic life...cursed If you will,he sets me off into a mania, I feel I am doomed I am scared of him! help ...broken soul

I feel your pain. I’m in the same boat. Hopefully therapy will help us. ❤️

That situation is toxic and you need to remove yourself till he gets help. All situations where there is abuse only escalate. Drug use can not be tolerated on top of the rest. Either one of those situations is unsafe and the ONLY resolution is to part. I know that it so hard to hear and likely won't be received. I've been in those tight spots and I know beyond any doubt it ONLY gets worse because while you are there, he has NO REASON in his mind to seek help.

I like your emphasis on finding a way out of things. Sometimes I feel that friends can be quite destructive by over sympathizing. I remember the best description of sympathy is that it is a word in the dictionary between sh*t and syphallis !