You really want to lose weight but you keep stocking your pantry with junk food, "for the kids." This is self-sabotage, the frustrating outcome of conflicting conscious and subconscious desires. If you have Dissociative Identity Disorder, self-sabotage is more complex. Alters have the ability to A) assume control of the mind and body, and B) exert enough influence to impact the thoughts, feelings, and behaviors of other system members. Add to that the fact that Dissociative Identity Disorder exists in part to compartmentalize conflicting perceptions and it's not surprising that many people with DID experience particularly pervasive and disruptive forms of self-sabotage. 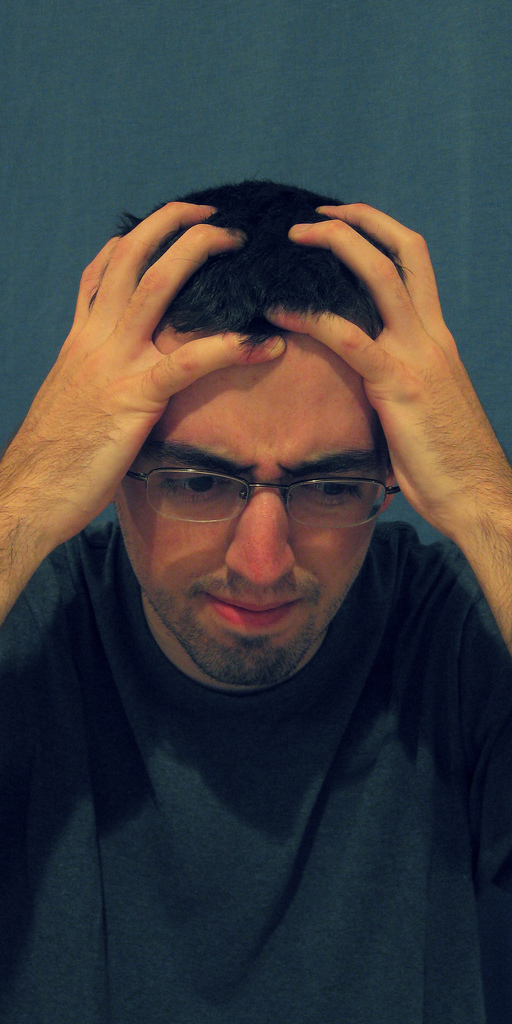 When I was sorting out plans to enter an inpatient trauma recovery program, I ran into self-sabotage at nearly every turn. The hospital I was going to knows Dissociative Identity Disorder well, and that was both reassuring and terrifying. I felt uncomfortably ambivalent but ultimately decided to go. Following through wasn't easy, partly because some alters had made the opposite decision.

But not everything that goes wrong is the result of self-sabotage. When I took my son to the first day of school on what was actually the second day, it wasn't because an alter deliberately interfered. I was packing to move, had just started a new job, and, ironically, was feeling a fair amount of anxiety about ensuring my son's smooth transition to middle school. In other words, stress amplified my Dissociative Identity Disorder symptoms, including dissociative amnesia.

For me, identifying self-sabotage boils down to one question: does the behavior benefit me? Taking my son to the wrong first day of school does nothing for me. Canceling my trip to the hospital, however, would have saved me a whole lot of anxiety and painful therapeutic work.

I use the term self-sabotage simply because that's how it feels. When I discover that someone in my system has taken action that directly impedes my own intentions it's enormously frustrating and absolutely feels like sabotage. But whether you have Dissociative Identity Disorder or not, I believe managing self-sabotaging behaviors requires self-empathy, without which we cannot achieve:

None of that is easy, but with help, it's possible. Living with the self-sabotage that sometimes goes along with Dissociative Identity Disorder can be maddening. But though it may feel like it, you aren't powerless.

What Do You Do About Mental Health Warning Signs in DID?
Managing Self-Sabotaging Behaviors Part 1: Acceptance
Millie
July, 28 2021 at 4:50 pm

I still don't understand what DID actually means.Can somebody shorty summerize it for me? Thnx

have found all these comments so helpful - have been frustrated not losing weight when I have felt so passionate about doing it. But can now understand the kids dont give a damn about losing weight - just love all the foods that are not good for us. Have found talking to them has helped, they are slowly coming on board.

Self sabotage for me can be about the different perspective that each part of the system has. An example I can think of immediately, is that it's been suggested that I would benefit from going to Al-Anon. This makes perfect sense to parts of the system... it would increase my support network and possibly give another avenue for healing. But when I looked at the situation more, it was easy to see how it could be perceived by other parts of the system... the meetings are held in a social club (similar to where I was abused as a child); there would be talk of alcohol, abusive family members; and there would be people at various stages of healing from those wounds. A perfect scenario for other parts of the system to get triggered into flashbacks and acting in detrimental way. So is it sabotage to go, or not to go? It gets really messy, really quickly.

Thanks Holly for explaining that so well. I think I understand now. When I finally confessed to my therapist that I couldn't recall our sessions, she wasn't surprised by it at all. She knew it was happening, but she didn't realize that it bothered me so much. Truthfully....I felt a little betrayed by her, that she would continue through a session knowing that I wasn't really present for it. After reading your reply, I think I can see now that she was giving other parts of my system some time with her. Now that she knows that it was bothering me, she is changing the subject to bring me back into the session.
Hi Paul,
"One of the reasons it’s so hard is that parts know how to hide it in the midst of things that make sense. Like an event that will lead to self-harm can be framed as “well, we have to go here because A, B, C.” all of which might be true."
Paul, I would never have been able to put that into words, but it is so true! My therapist and I discuss this frequently. When I self-sabotage, I have one very dominant part of my system who explains ...very logically...exactly why it had to happen. I will actually believe that what I did was genius as a result. That is until my therapist convinces me otherwise, of course.

Self-sabatoge is really hard. One of the reasons it's so hard is that parts know how to hide it in the midst of things that make sense. Like an event that will lead to self-harm can be framed as "well, we have to go here because A, B, C." all of which might be true. But it's deliberately misleading oftentimes. This is the dilemma of DID and what makes it so insidious.

Self-sabotage has been one of my biggest obstacles over the years. My therapist would bring it to my attention each and every time I did it, but for some reason, "I just didn't get it". Thanks to her consistency (in pointing out my self-sabotage), and her patience over the years, I am finally starting to become aware of my own self-sabotage. I can usually recognize it as I am doing it, and sometimes catch it before I do it. I still slip from time to time, but at least I have learned some of the triggers to my self-sabotaging behavior, and I try to avoid those triggers, if possible. I absolutely agree with needing to achieve acceptance, communication, and then compromise. Communication is such hard work for me, but I notice some improvement in that area.
I don't know if this is something you can relate to, or how common it is....but I sometimes dissociate during my therapy sessions. I see this as a form of self-sabotage. I will finish my session, drive home, and I will have no earthly clue what was discussed. An hour of therapy....wasted.
I know this does not benefit me as a whole in any way, but I'm thinking that there is a part of my system who doesn't like the discussion, and is sabotaging it by keeping it from me....if that makes any sense? I literally will have no recollection of the session at all. After much embarassment, I told my therapist this was happening. I'm trying to notice when I feel myself slipping away, and I try to tell her immediately so that we can change the subject for awhile. I don't always notice it until it is too late. Anyway, I view this as a form of self-sabotage.

Hi Mareeya,
"I don’t know if this is something you can relate to, or how common it is….but I sometimes dissociate during my therapy sessions."
Not only is it exceedingly common but it's expected and just part of therapy for Dissociative Identity Disorder. Because you are a system of severely fragmented parts of self, it makes perfect sense that you wouldn't remember every session. In fact, if someone in treatment for DID told me remembered every therapy session I would wonder why other parts of their system weren't getting the chance to get their needs and issues addressed. So dissociating during therapy isn't necessarily self-sabotage, I don't think. If parts of your system are getting the benefit of that time, it's not wasted, not by a long shot. I would argue that that's very healthy.
Having said that, I do know that it's possible to dissociate in non-productive ways during therapy. If parts of self are blocking the process, for instance, by coming out and refusing to participate, or by creating a fog that doesn't allow you or anyone else to be fully present, then those are examples of sabotaging forms of dissociation.
"I know this does not benefit me as a whole in any way, but I’m thinking that there is a part of my system who doesn’t like the discussion, and is sabotaging it by keeping it from me….if that makes any sense?"
It does make sense, but it's also not necessarily unhealthy. Becoming more aware of your system, increasing communication ... these take time. It's reasonable for parts of your system to need time with your therapist without you being privy to the conversation. It would be unhealthy, for example, for parts to overwhelm you or your system with traumatic material you aren't prepared to deal with right now. Over time, that will likely change.
I want to reassure you that not remembering therapy sessions is just par for the course early in DID therapy. It's not necessarily a bad thing.
Thanks for bringing that up, Mareeya. It's an important topic. I too used to feel like I shouldn't dissociate. Now I understand that's not a possibility for me, and in fact I can use dissociation to my benefit in therapy.