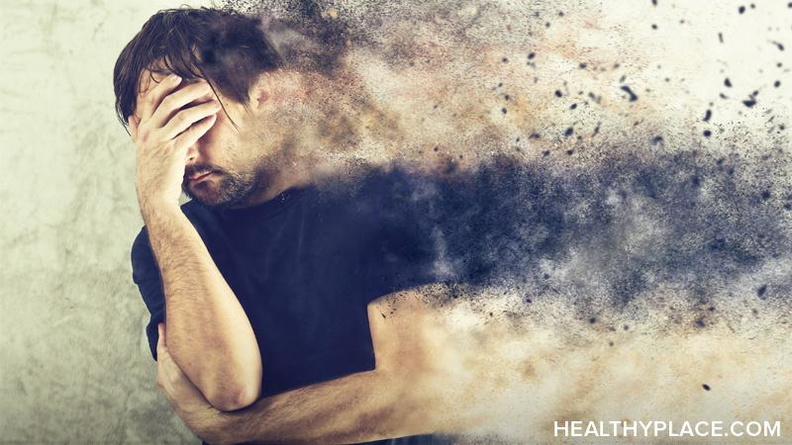 There are many different types of alters in dissociative identity disorder (DID), including fictional introjects (Understanding Dissociative Identity Disorder Alters). Fictional introjects, also called fictives, are alters that are based off of fictional people or characters. While not as common as other types of alters, fictives are just as important. So how do these fictive alters in DID form, and what is their purpose?

How Do Fictive Alters in DID Systems Form?

Why Do Fictive Alters Form?

Fictive alters in DID form to serve a purpose. While that purpose is not always known, it is possible that the DID system needed the qualities of that fictional character and internalized them to form the fictional introject in response to a trauma. Fictives can also form to disrupt the system. While fictives often form in childhood, people with DID can form new alters at any time, especially in response to recent trauma.

There are a few assumptions that people have about fictional introjects in DID, but the reality is that there are no concrete characteristics that all fictives possess. Dissociative identity disorder in itself consists of such varying experiences, and DID alters are no different.

One assumption that people make about fictives is that fictives are always positive. Fictives can have positive qualities, but they can also have negative qualities and engage in harmful or risky behaviors. Some fictional introjects can be abusive, and form as a way to continue traumatizing the system.

The Controversy Surrounding Fictional Introjects in DID

It's important to validate that fictional introjects, or fictives, are a real part of DID systems. People are quick to judge fictives as real or fake, yet this judgment doesn't exist for other types of alters.

Fictives deserve the same treatment as any other alter or part. They are real. They are valid. Don't forget that.

How the DID Host of Our System Protected Our Lives
Coping with Internal Conflicts in DID When Parts Disagree
Luna
August, 16 2020 at 9:18 am

Having a system made out of fictive alters can be overwhelming sometimes for me because if I switch a lot, we'll end up getting headaches. It's a pain to switch constantly, but I know that they're there for a reason, and I couldn't be happier to have them.

all the ones I run into say they are literaly that character. not a coping mechanism. they are really that person, or was them in a past life.
that the memories of being that character happen, that they have pstd from what happened in their story

That sounds like people who believe in kintyping and the alternate universe theory, not people with DID.

I have many pseudo memories of what occurred in my life before this one as do many introjects. I feel as though I am my own self and I will not deny myself of that because of others' perceptions of me. Pseudo memories will often occur in introjects, other introjects may feel trauma from these, its otherwise normal things.

being a cartoon character is real and valid

It's not "being a cartoon character". See, if you read the article with an open mind, or a mind at all, they're called fictives, and they aren't completely made up of a cartoon character and don't even have to be one. They share certain personality traits. Some more than others. And that's okay and that's valid

It honestly makes complete sense to me, and I’m not sure why there’s so much debate around the topic of whether or not fictives exist or not. Seems completely understandable that someone, especially a child, could watch a cartoon or something, and take a character from that and wish that they had their super powers or whatever to get away. Like superheroes, for instance, it makes sense that someone, especially someone suffering severe trauma, would look at something like a superhero and either wish they had their powers to get away or actually have a real life superhero to come in and rescue them from horrific abuse. I know fictives can be a wide array of various fictional characters, but I just used the superhero as an example. Makes total sense how somebody with DID could develop these types of alters.

They're not "cartoon characters". They are alters based off of fictional characters, so please don't call us that. It sucks and is annoying.

Thanks for this! My system has quite a bit of fictives, so this will help me explain to others why they're there!

Thank you so much for this. I've always struggled to explain this phenomena to myself as I never really had the language to explain it. I really appreciate this article. It's a shame that it's so controversial.

because a pointing to a work of media and going "see that? that is me, that is who I am, I'm ______ from _________" looks boinkers and has rightful scrutiny
because those are people from someone else's imagination, characters. so going "this is meeeeeeeeeeeee"
look it at this way. if I made movies, my DID character is going to be made out of 90% fictives. if I can get permission, if not I will need to invent my own world's version of Tucan Sam, Sonic the Hedgehog or any other copyrighted property. oitherwise other system members are going to be Tiny Tim, Babe the big blue Ox, the Easter Bunny. If Ican';t get someone like Felix the Cat, or Pepe La PewI will need to make up Silver the Chinchillia, Marty the Mink.
and if it is handled well. nobody should complain with "that is not DID"
because I gave a minority what they want, and the world needs to know not all DID systems are filled with archyotypial people. sometimes they are anime villians, videogame heros, funny cartoon animals, comic strip mothers and what not

You are talking about it in a way as if they have control over their brains creating another alter that sometimes happens to be based off fictional characters. These fictives that are created have their own memories, experiences & everything. They are just as real as any other alter in their system, or anyone else’s single personality that doesn’t have DID. This disorder is caused as a young child before the personality is fully integrated, so it makes complete sense why some people with DID would have fictives. Most children watch cartoons and read fictional stories, so I can see why their brains would take some of these characters and turn them into either a “hero” and use this fictive as a way to help protect the system as a whole, or turn them into a “villain” and create an abusive fictive because perhaps this villain reminds them of their abuser or something, and/or they feel like they “deserve” to be punished. It’s not like they’re intentionally trying to plagiarize someone else’s work, and they’re more than likely embarrassed to even tell people about it because of the judgment & stigma that’s attached to DID. You call it “boinkers” & that it should be scrutinized, yet there are literally hundreds of thousands of people who dress up as characters all the time and go to events, like Comicon. Most of those people dress up as certain characters because they look up to them, aspire to be like them, have characteristics they themselves wish they also had, and the list goes on. The only difference is is that with someone with DID, they don’t get to make the conscious decision to be one of these characters. It’s literally a safety mechanism that their brains have developed on their own. Just because it’s different, complicated & hard to understand for a lot of people doesn’t mean it’s not valid or real.

Hey! I think you might have misinterpreted the previous comment a bit. The poster was meaning only to offer the opinion that it seems reasonable for most people to be skeptical of fiction-related alters, due to the *lack of information and representation* needed to understand the existence of such alters. They mean to say that the initial perspective of a person with a lack of knowledge on the subject would naturally lead to thoughts of it being “boinkers”, which is true (as well as the fact that some people who claim to suffer from DID when they do not may be specifically predisposed toward fictional “alters”, as they may think the idea of “becoming” an admired character is fun; not understanding the reality of people with DID and the trauma therein. Like you say, thousands of people dress up as characters, and may aspire to be like them. That being said I do believe the ‘factual’ nature of a person’s condition should always be determined by professional diagnosis as well as evidence of substantial qualifying criteria, and not on the form an alter takes). The commenter then goes on to say that, were they to produce a blockbuster movie, they would include a character with DID whose alters were most or all based on cartoon characters, in order to publicly represent and validate the existence and purpose of such alters. The commenter specifies that, were they not able to obtain the rights to use the names of existing cartoon characters in their movie, they would create their own intellectual property in order to preserve the vision of bringing such representation into public view and normalcy. I don’t believe they were trying to invalidate the existence and serious nature of people who suffer from DID that takes such a form, but quite the opposite, and did not intend to imply that any real people were violating copyright law by having a psychological condition that they had no control over the presentation of. Thanks for your time and I hope I could be of help!