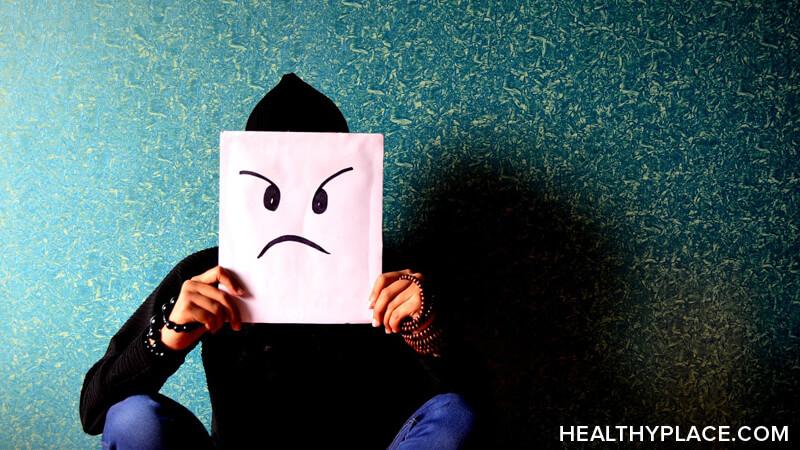 Trigger warning: This post contains mention of self-harm as it pertains to persecutory alters in dissociative identity disorder.

Persecutory alters are something that can exist within a dissociative identity disorder (DID) system. We, ourselves, live with this kind of alter. We can feel threatened, taunted, and condemned by this kind of alter. We are harassed with negative messages in our head, screaming that we deserved the abuse and the mistreatment and that we are worthy of death. These cruel messages are ones that persecutory alters in DID offer us.

What Is a Persecutory Alter in DID?

A persecutory alter is another name for an alter that persecutes the host and/or the system. It is an alter that mistreats, controls, and oppresses a DID system in an effort to create, manipulate, and coerce a desired behavior. While many people with DID understandably dislike, if not hate, these persecutory alters, it is crucial to understand that persecutors were not created to inflict pain or punish the host or system. Believe me when I say they are not bad alters. There is no such thing as a "bad" alter. When they were created, the persecutory alter started out as a protector, but at some point, and beyond the scope of this post, these alters found the need to use aggression and hostility as the means by which to protect the system. Persecutory alters can be just as fragile and vulnerable as other alters, which is why they lash out at the system. While it may not make sense, they have good reasons for behaving the way they do, even if we do not see it or understand it at the time.

Reasons for Persecutory Alters in DID

Persecutory alters are far more complex than this post can begin to touch. However, it is imperative to understand that persecutory alters are just trying to protect the system and keep it safe the only way they know at the moment. For example, when the host might begin to date or show romantic interest in another person, the persecutory alter, whose mission is to protect the system, might see this behavior as dangerous and harmful to the system because it might lead to unwelcome emotions, potential vulnerability, and unwanted intimacy. In order to control the behavior of the host, aggression, hostility, and persecution are used to change the host's behavior so he or she will not pursue a romantic relationship. In the eyes of the persecutory alter, this results in the desired safe, protected, and insulated system.

The Persecutory Alters in My DID System

How to Treat Persecutory Alters

It might be easy to take the view that the persecutor and his or her actions and feelings should just be eradicated and disregarded. Nothing could be further from the truth. Failure to understand the protective role the persecutor serves and finding a way to negate, abandon, and exclude the persecutor will negate any positive outcomes that can be had with this damaging alter. The best course of action to take with a persecutory alter is to recognize, validate, and understand their actions and feelings, even if you do not agree with them. Once you adopt the view that these alters are not bad, you then can begin the healing work of negotiating healthy behaviors with the persecutory alter and bring some peace and harmony to the system.

Even though my previously mentioned persecutory alters are still in my DID system, I have reason to hope and be happy. The job of the persecutory alter who canceled our therapy appointments is still the same: protection of the system; however, her means to protect has changed. She no longer protects us through intimidation and persecution. Once we realized she was not bad, we were able to bargain and negotiate with her to find alternative ways to protect us. She now protects the system in ways that are constructive. She channels her anger into caring for our littles, and she enforces healthy boundaries so that appropriate people can come into our lives and unhealthy people are excluded.

In regards to the other persecutory alters who use self-harm and punishment to enforce an eating disorder on us, their job has also changed. Instead of punishing us with self-mutilation for eating and nourishing our body, they now seek to protect our recovery by developing healthy anger directed toward diet culture and societal standards of how a body should look.

Turning the Corner with Persecutory Alters in DID

It is very important to note, again, that persecutory alters are not bad; they just have misguided goals in their attempts to protect the system. The most powerful way to get a persecutor on your side and become an ally is to align your purpose with the purpose of the alter, which is to protect the system. Negotiating and bargaining with these alters is only available once you understand the role of a persecutor and validate his or her pain.

My relationship with my persecutory alters turned a positive corner when I acknowledged that their purpose was not to randomly harm us, but rather a misplaced attempt to protect us and keep us safe. Any malice I previously felt toward my persecutory alters dissipated when I realized they were trying to protect us. Since then, while things are still a work in progress, there is much less animosity and hostility and so much more understanding, compassion, and willingness to find other ways to protect. It didn't happen overnight, but it did happen.

I wish this same compassion and understanding for you and all of your alters.

I need some serious help. One of my husband's alters has completely wrecked our lives. He has taken control of our bank accounts and all identification. He also has been communicating with my husband via email by impersonating his sister, doctor and friends in order to do things not in his best interest. Like skip meds. We are going to be homeless because of this alter.
I did everything suggested in this blog post. I was gentle, kind, understanding and supportive and welcoming. In exchange he said he would only return some things to us if I had sex with two other alters and let him watch.
Now he has essentially bankrupted us and said he will cut off my husband's only source of income by impersonating him to social security.
I do not know what to do.
All the alters but this one are now gone and I had to retrieve my husband from down the road where he wandered because he did not know where he was nor the year nor who I am.
Please help us.

I feel as though I’m a monster for being a prosecutor to my system. I don’t mean to, but I turn to lashing out and anger out of fear of the system being hurt. But now I’m trying to change, thank you for this article.

you're doing your best. it's kind of you to try to protect, and I respect you a lot for trying to do the work to protect in a way that is kindest to yourself and your system

Oh same here! And being the Host/Core doesn't help things either. I lash out and hurt people or alters that feel like they're dangerous and I want to stop.

thank you for this. i am a persecutor and trying my best to change my ways. i've become self aware of my actions, and i know the things i do (attempts at self-harm, lash out, etc.) are wrong. it's difficult trying to change when this is the only thing you know how to do, especially when i'm also a trauma holder. the rest of my headmates do not know how to help me, so this is a journey i must embark alone. again, thank you for this article, as it's made me feel better and motivated me to continue trying.

In case my posting distressed anyone with DID despite all that i have endured Rachel the persecutor alter was doing what she thought was the right thing to do to protect the child . .Knowing Rachels past have to forgive but but i will never forget

i was removed by a pesercutor alter in 2015 when child alter revealed mommy ( client ) was seeing a naughty man . 4yrs 8 months abuse rape and torture of client and threats to her carer for reporting Little 2 yr old Bethie alerted 5 times . Tributes and condolences to family of the sadist following him doing a jeffrey Epstein his only option and continued threats by police for revealing they failed in their duty of care. victim traumatized displaying symptoms of conversion disorder cannot walk using a mobility scooter i am traumatized and distressed for the woman i rescued when homeless

Thank you so much! I wish I had understood this earlier when I accompanied my ex during the first lockdown through his paranoid psychosis.
He never got diagnosed on DID, i think he is afraid of it, but I saw him switch many times and there were different behaviors, cognitive and emotional abilities, memories ... one of them had voices in his head, another denied, and so on...
Anyway, there was no mental health institute he could go to and i tried to be there for him. It got better, though i never understood what this persecutory's goal was, demeaning him, blocking all his electronic accesses to contact anyone (including me until I moved in) and so on. Probably it was to protect him from harmful others.
Late understanding is better than none at all. Thank you for this blog!

is there ways to make a persecutory alter go away from the whole system???

Dear Becca,
The blog you posted on October 2, 2019 is very insightful for those who have friends or family with DID. It helped me to understand you better and have great empathy with all your struggles.