Learn About Verbal Abuse So You Can Stop It 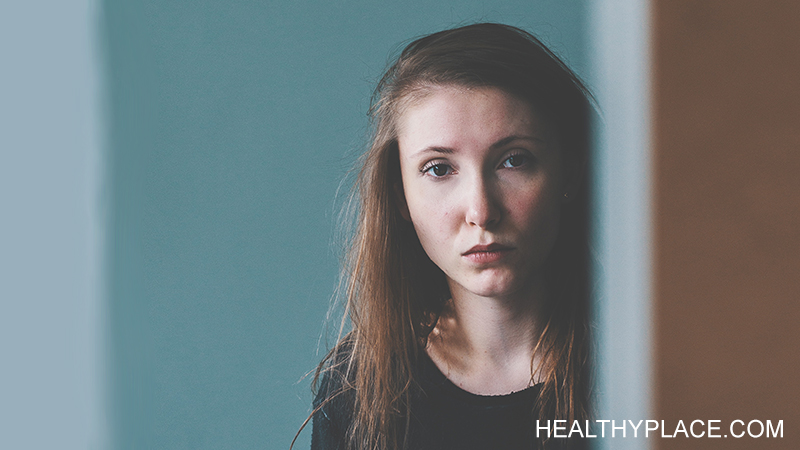 Why Learning About Abuse Is So Important

What would you call an orange if you didn't know the word existed? You would come up with something, but it probably would be "orange." Up until about 2008, I did not have the vocabulary to describe my experience. I didn't know that the words diminishing, denying, or any of the other forms of verbal abuse described my relationship. I knew something was wrong in my marriage, but the word abuse couldn't apply to me, so I never considered it.

There was physical violence in our past, but I thought he was done with that. But still, when he yelled at me, I cringed. When I cringed, he'd yell, "What are you so scared about?!" and become angrier because I'd made such a dramatic move as to flinch at his voice. 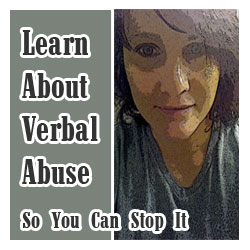 Well, aren't we all lucky that ignorance can be fixed! If you want to continue living in denial of your abuse, stop reading now. There are some big spoilers on the way.

Patricia Evans wrote The Verbally Abusive Relationship: How to recognize it and how to respond and there are over half a million copies in circulation. Let me tell you, that isn't enough. This book should be required reading at every high school in the United States. Ms. Evans explained my abusive situation so thoroughly that I couldn't help but believe her; the categories of verbal abuse she outlines taught me the vocabulary to describe my abuse.

Ms. Evans lists 15 categories of verbal abuse including: name calling, forgetting, blocking and diverting, undermining, and verbal abuse disguised as jokes. Once I was able to put a name to what was wrong, I immediately recognized the wrongness as abuse.

I was able to think, "Oh, now he's discounting me" or "What do you know? Now he is countering me!"

By the way, if you don't want to anger your abuser further, don't play "He's a Flash Card" out loud. There's nothing an abuser hates more than to be called out during his game.

For more help naming the abusive technique, visit Verbal Abuse Journals where I put Patricia Evans's vocabulary of abuse and how to deal with abuse. Also, visit her website, Verbal Abuse, and sign up for her message board.

Besides Patricia Evans's website, there are several more that will help you learn about the dynamics of abuse and the cycle of violence. (Remember, verbal abuse counts as violence!)

Battered Men - Abuse is gender neutral, but the courts don't always see it that way. This site advises battered men and provides stories suited to the battered husband's plight. It's a little difficult to navigate, but patience has its rewards.

Not To People Like Us - Great house? Really comfortable income? College degree? An upscale abused woman could buy into the myth that "abuse doesn't happen to people like us." She isolates and keeps secret the abuse and tries to maintain her image within her community and at work.

Learn About Verbal Abuse and Its Relationship to Co-dependency

Chances are, if you are a victim of abuse, you can identify with codependence. Being codependent means that you, in some ways, contribute to your own abuse (not the same as being responsible for the abuse!). I've said it before and I'll say it again: Abuse cannot occur if there isn't someone there willing to take it (you).

As you learn about abuse and the abusive cycle, remember to take the focus off of the abuser. The abuser is not going to change (with a few exceptions). The only person who you can count on to change is you, and recognizing your pitfalls and hang-ups will help you to overcome them, helping you to end the cycle of violence in your own way.

Learn About Verbal Abuse And Its Connection to Anxiety, Depression and PTSD

Oftentimes, victims of abuse become numb to their own innate protective emotions such as fear. In 2003, I began taking medication for anxiety. I didn't know where the anxiety came from specifically, but I blamed it on a crazy neighbor. The thing about it was that I'd been experiencing the anxiety prior to psycho-neighbor's harassment; something about her being new in the mix helped me to recognize it.

But forgetting didn't keep me happy. Instead, forgetting made me numb. I numbed down happiness, sadness, and a multitude of other emotions that make life worth living (a.k.a. depression).

As the last offering for today, I recommend The Gift of Fear (and other survival signals that protect us from violence) by Gavin DeBecker. The author says,

How Do I Stop the Verbal Abuse? (Part 1)
Help for Verbal Abuse: You Have To Reach Out For It (Part 2)
Learn About Verbal Abuse So You Can Stop It
Set Personal Boundaries To Increase Self-Reliance (Part 4)
Develop an Exit Strategy And Safety Plan (Part 5)
The Signs of Verbal Abuse (Part 6)

APA Reference
Jo, K. (2011, April 24). Learn About Verbal Abuse So You Can Stop It, HealthyPlace. Retrieved on 2021, April 20 from https://www.healthyplace.com/blogs/verbalabuseinrelationships/2011/04/educate-yourself-how-to-stop-verbal-abuse-part-3

Help for Verbal Abuse: You Have To Reach Out
Set Personal Boundaries to Empower Yourself
Fuzzy
September, 20 2017 at 10:53 pm

I have been with my abusive husband for 40 years. We met when I was 16 and he 19. I remember the first time he hit me was when I was about 17. I rolled my eyes at something he said and he came over and slapped me in the face. The beatings continued over the years but I have hidden it from my famiily. The verbal abuse and humiliation have been constant to the point where I was actually afraid of him. Some of the more severe beatings included: placing a hot iron on my leg (still have the scare), using a screwdriver to mark my leg (still have the scar), attempted to cut my face with a knife buy caught my fingers instead when I put my hands up to protect my face. Received countless stitches to a 6 inch wound to my fingers and hand (scared for life). The beatings became less when we had children and has been replaced with verbal abuse. Critism never do anything good enough, puts me down in front of our now adult children, controlling and it goes on...... over the last 13 years I have stood up to him and answer back and the
Now stand up for myself, but today I'm realising that this has not been enough because the verbal abuse has never really stopped. No longer any physical abuse. I'm now finding myself feeling very down and can't stop crying. What a fool I've been over the years. I've never told ANYONE what I have said above.
But it feels good to put this down on paper even I no one gets back to me. I need help but not sure how to go about it. I wish I could divorce and run from him to FREEDOM but there is this part of me that love him. So confused

Help is available. Please read this article, https://www.healthyplace.com/abuse/domestic-violence/domestic-violence-domestic-abuse-cou…, and reach out to one of the referenced resources. You also can call the National Domestic Violence Hotline at 1-800-799-7233.

Can someone please tell me why the verbal abuse journals are not working? It comes up account suspended? Yet I was only reading them last night and they were full of really helpful information. I would like to access them again but they are not there? Please help! Thanks!

I'm divorcing my verbally abusive wife. She's a churchgoer but even this she uses against me as I on't go to church out of principle (she knew this when we were courting but all of a sudden it became a problem during our marriage). At time it gets so bad that it becomes physical (poking m face, slapping me on my shoulder/neck that happens to have a spasm problem). All this in front of m four year old daughter. Sure it does not happen often but despite her acknowledging afterwards that she was wrong, it just keeps happening sometimes worst than before. For a few months now I've basically disengaged from her emotionally, waiting for the next outburst (although I was trying to pretend otherwise, hoping somehow to stay in the marriage for the kids). Must have been a zombie in love not to have taken the signs seriously early on, all in the name of love and commitment. Always excusing her: hormones from pregnancy, women are emotional and get angry like this and I must be a man about this and understand, she lost her father at a young age, deep own inside she is a good an caring person and because of our love I could rescue her.
However as our marriage of five years went on I started to recognise the patterns of control and the use of abuse to exert that control. I can honestly say that I'm still feeling so angry it borders on hate. After all the years I stood by her and loved her to the best of my abilities, she returned that love with constant criticism, killing even my need to love her. At this stage, I put up a front, but I can't even stand to be in the same room as her. For the sake of my children, I had Christmas lunch with her and her family at our house. My reward for this was to hear her mumbling sarcastically to herself in response to a movie on TV on how she hoped our divorce would do wonders for me. My list of sins are so long that it is easy to believe her when she says that I'm not the man she married. On the other hand, I'm convinced that she married the wrong person as that is how much she seems to despise me (either she is in love with someone else or she loved the idea of shy controllable me). Unfortunately she found out now that I'm not as controllable as she thought and has grown increasingly unhappy during the marriage: she must have confused my willingness to compromise with weakness.
My one big concern is how to protect my young children, knowing that society and the courts do not seem to realise the problem of abusive women: it seems all the man must do is stand by his wife, despite how nasty she gets, give her everything she wants and we'll all live happily ever after. So if your wife is angr and abusive, surely there is something you have done wrong. During an impulsive , moment she said I can keep the children. However later she came to her "senses" and now wants joint custody (she does not want to deprive her children of a father). I'm reall worried that my children will now become the main target of her abuse when I'm not around. Worst still, I fear she may hook up with a man who physically abuses her in response to her abuse. Many time I was tempted to defend myself in this way but I guess I'm just too decent. I grew up in a family where I had to witness verbal/physical abuse of my mother by my stepfather and her verbally abusing him. I definitely don't want my children to endure the same emotional damage.