Are You Verbally Abused When You're Sick? 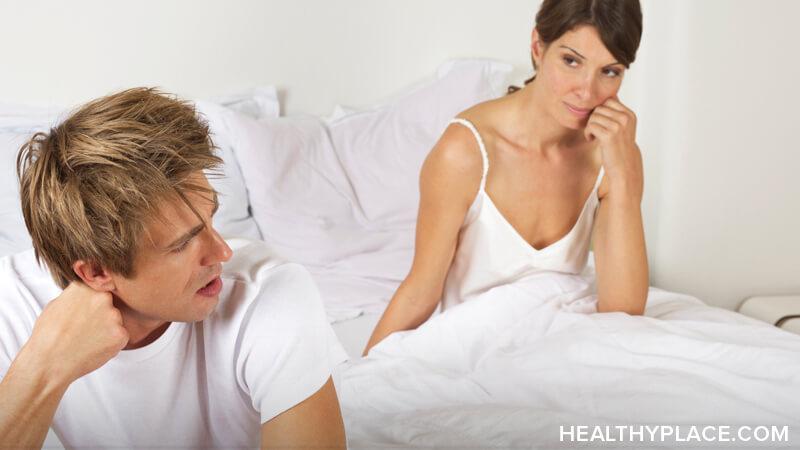 Have you been verbally abused when you were sick? It's horrible. We have enough to deal with when we're sick without being verbally abused when we're at our most vulnerable. Feeling unwell and physically weak makes us sitting targets for gaslighting, emotional abuse and manipulation because we're less likely to put up a fight. But is this part of the attraction to perpetrators or are we just more susceptible to abuse when our defenses are down? Let's examine what we know about verbally abusive personality types and why they target us when we're sick.

You Can Verbally Abuse Yourself When You're Sick

I've been unwell a lot lately. I have a condition called hypothyroidism which compromises my immune system, so I'm used to getting sick and having to slow down and recover. Over these past few weeks of dealing with chronic low-grade infections, I've sat with an underlying feeling of guilt and shame. I've verbally abused and attacked myself from the inside out for having this condition, for not being able to cure my illness on my own. I've repeatedly chastised my body for being useless, even though I know that's not the case.

My family was always compassionate toward me when I was sick as a child, so this voice in my head isn't coming from them -- it's an echo of the people who've treated me badly in the past when I was unwell, most notably my verbally and psychologically abusive ex-boyfriend.

And it's no wonder I feel guilty for being sick. I lived with a man who called me a "pathetic c**t" and forced me out of bed when I had a migraine. The same man threatened to call his ex-girlfriend one night unless I made a miraculous recovery from the flu. He blamed me, shamed me and name-called me when I was ill, but he wasn't the only one. I once had a manager who took my one bout of illness in a year of employment so personally that she ignored me for days after I returned to the office, only communicating through snide comments and accusations (Your Job Affects Your Self-Esteem: Make It a Positive Effect).

This is strange behavior in anyone's book, but perhaps there is a simple explanation. First, let's look at what being verbally abused when you're sick looks like and how to spot the signs.

How to Know If You're Verbally Abused When You're Sick

Examples of being verbally abused when you're sick include, but are not limited to:

Why Are Verbal Abusers So Cruel When We're Sick?

Let's examine what we already know about abusers, particularly narcissistic abusers. We know they like to feel superior -- it supports their vision of themselves as being better than everyone else -- so why do they get so angry when we’re sick? Why does our vulnerability provoke them to abuse us, when surely they should delight in our supposed weakness, our inability to fight back?

One possible explanation is that abusers are afraid of vulnerability. They don’t know how to be vulnerable themselves, so caring for someone who is struggling physically (especially someone they can normally manipulate into doing what they want) is far from ideal. They may not even possess the necessary tools to deal with illness compassionately. Instead, they view any kind of affliction as a weakness.

Another explanation is that abusers don’t actually like it when we’re vulnerable. According to an article by the UK Evening Standard, perpetrators of psychological abuse tend to target strong characters who will be "more of a challenge” to break. They’re attracted to the shiny, confident image we present to the world, but they must also prove they are superior by belittling us.

The truly confusing part is that abusers aren't always abusive -- abusers can be nice guys, even caring, too. I can recall times in my relationship where my boyfriend bought me a get-well-soon card and regular bowls of soup when I had a cold. I can remember other occasions where he ripped the bed covers from me and refused to fill a prescription I badly needed.

What to Do If You're Verbally Abused When You're Sick

Here's how to protect yourself against verbal abuse when you're not feeling your best:

Source: Verbal Abusers Don't Go for the Weak -- They Choose Strong People Because They Like a Challange, by Lindsay Dodgson, August 2017, UK Evening Standard.

APA Reference
Smith, E. (2018, February 6). Are You Verbally Abused When You're Sick?, HealthyPlace. Retrieved on 2021, September 22 from https://www.healthyplace.com/blogs/verbalabuseinrelationships/2018/02/are-you-verbally-abused-when-youre-sick

Toxic Relationships: Friend and Family Estrangement
How To Respond To Verbal Abuse
Julie
May, 9 2020 at 9:42 am

You have described to the tee what my husband was like when I fell ill with COVID-19. He did all the above points. I tried to follow your advice and got better regardless. Now I’ve relapsed and he has immediately dismissed that I have COVID-19 and told me it could be anything else because I have “bad health”. He is a total ____.

Not getting emotional... why? He/She has to know it is not good what is happening.
My husband makes me cry very often... I used to blame it to my period, I thought I was too sensitive.
But sometimes it is too much. I am not sure if he is abusing ....
He treats me like I can't think, like I can't make a wise decision by myself.
He always calls me clumsy and he says it even in a good way, he says "Oh baby, you know you are clumsy and that is a truth, you have to accept it" ... and I really do think I am clumsy now.
I have always had low self esteem and I have to accept he has helped me to fight my fears. He always says I am the best in what I do, that I can do a lot of things and I shouldn't be afraid. He supports me a lot...
And that's why I don't know if he's abusing, because at the same time he talks to me like I'm an idiot.
I don't know....

Hi Raga,
Thanks so much for your comment. It is common for someone to make us feel like we're being "too sensitive" but is this really the case? There is always a reason why we feel upset, and even if it is down to hormones, that still deserves recognition and respect.
Your first port of call is to talk to your husband about how you feel. You know that he's acting in a way that's making you unhappy, and it's great that you can realize that, but you need to make him understand it too. Even though relationships are complicated, I still believe we have a duty to our partners to make them feel respected and important. How would he respond if you told him how he made you feel? Choose an appropriate time where you can sit down and make yourself heard.
I'm glad your husband is supportive. It might just be that he's repeating learned behavior from his own childhood -- did a parent make him feel small, or does he use criticism as a defense to avoid getting close to you? There are many possible explanations for his actions, but they don't excuse them. I would hope that perhaps he doesn't realize he's making you feel like an idiot, and that hopefully you can work something out together. Just don't dismiss your feelings -- they are perfectly valid.