Why Are We Afraid of Self-Harm? Thoughts on Self-Harm Stigma 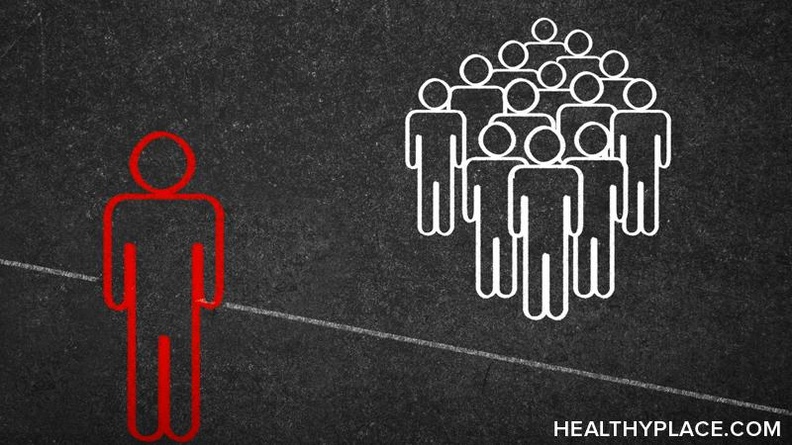 May is Mental Health Awareness Month, and we've almost reached the end of it. Each year, I see more and more people opening up about their struggles, encouraged by themed conversations on social media and beyond. However, I feel self-injury is particularly difficult to talk about publicly, so self-harm stigma is still going strong. Why are people so afraid of self-harm?

My Thoughts on Mental Health and the Fear of Self-Harm

As a mental health blogger and musician, I've been talking about so-called mental health stigma for a long time. Before I started writing for HealthyPlace, my conversations mainly focused on depression, which many people can relate to nowadays.

Depression is one of these topics that comes with many subtle shades and can be handled delicately without going deeper into the nature of depression symptoms. From admitting to one's perpetual sadness to talking about the physical exhaustion and lack of energy, there are many ways we can address it without being too triggering to others.

To some degree, everyone has experienced something similar at one point or another, making it easier to stay open. The more people are brave enough to come forward and talk about their struggles with depression, the more it becomes the norm. When we see someone else open up, it makes us feel that it's okay to be vulnerable and, perhaps, our emotions are not as weird or as freaky as we thought.

After beloved actor Robin Williams took his life, we've seen this heartwarming tide of posts and articles openly talking about mental health, spreading the message that depression can take its toll on everyone, even when they appear happy and successful. I saw this as a positive trend, thinking it would be easy to re-direct the conversation toward more specific issues, such as self-harm, which is less spiritual (although it can be emotional, too), and more evident on one's skin.

Then, I started writing for this blog and received some unexpected criticism. There were occasional comments expressing disbelief or even disgust that people could hurt themselves. Others belittled my experience, telling me to grow up. I also received unsolicited advice from my immediate friends and family, telling me that these issues should remain private. I thought we had matured enough to have this conversation openly. We can already admit that we feel sad sometimes; why is it so scary to realize that this sadness can also lead to self-harm?

Of course, it's not all negative. I also receive lovely messages from people of various ages and backgrounds, reassuring me that my posts make them feel less alone. Others tell me that I help them understand their loved ones who self-injure. This feedback makes my efforts feel worthwhile, and I hope to inspire others to speak up one day.

Why I Think People Are Afraid of Self-Harm (Video)

In this video, I reflect on Mental Health Awareness Month, how self-harm is still a taboo, and what I think causes it.

Why do you think people are so afraid of self-harm conversations? Have you experienced similar reactions? Let me know in the comments.

APA Reference
Halas, M. (2021, May 31). Why Are We Afraid of Self-Harm? Thoughts on Self-Harm Stigma, HealthyPlace. Retrieved on 2021, June 21 from https://www.healthyplace.com/blogs/speakingoutaboutselfinjury/2021/5/why-are-we-afraid-of-self-harm-thoughts-on-self-harm-stigma

0 Days Clean from Self-Harm: Coping with Relapse
Are Your Self-Harm Urges Caused by Emotional Burnout?