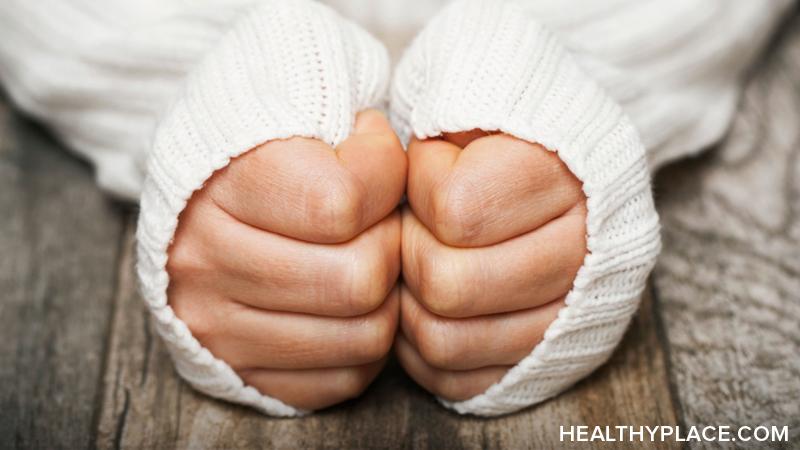 Despite a seemingly simple definition, it can be difficult sometimes to draw the line between what does and does not qualify as a self-harm disorder. Excoriation, for example, involves purposely and repeatedly harming your own skin—but is skin picking really self-harm?

Is Skin Picking Classified as Self-Harm?

The official Diagnostic and Statistical Manual of Mental Disorders, Fifth Edition (DSM-5) name for self-harm is nonsuicidal self-injury (NSSI). It is defined as consciously and deliberately injuring oneself without the intent of attempting suicide.1

Excoriation disorder, also known as compulsive skin picking or dermatillomania, is a body-focused repetitive behavior. It is most commonly considered to fall under the obsessive-compulsive umbrella of disorders.2

This places skin picking and self-harm in two decidedly different categories, medically speaking. However, it is difficult to deny the obvious overlap between the two.

Both skin picking and self-harm involve causing yourself real, physical harm. Both can lead to medical complications if the wounds are not properly treated. And in both cases, they are habits that are all too easy to form—and, for many, incredibly difficult to break.

Perhaps most importantly, both can act as outlets, albeit unhealthy ones, for overwhelming or negative emotions. In my case, my self-harm was driven largely by feelings of inadequacy and guilt. My skin picking is similarly triggered by perceived flaws, albeit physical ones (i.e. rough spots or scabs) rather than character flaws.

Viewed from this perspective, it's easy to see how skin picking and self-harm might be seen as one and the same. And perhaps that's why I've put off tackling this topic for so long—because to admit they are the same thing is to admit that I am not, and have never been, in recovery. After all, I began struggling with a mild form of skin picking long before I engaged in a more recognizable form of self-harm, and it is a fight I have yet to win, even now.

But here's the thing—I really don't think they're the same thing at all.

Why Skin Picking Is Not Necessarily Self-Harm

Skin picking and self-harm might look the same on the outside, but for me, there is a subtle but crucial difference between the two. In the case of my self-injury, the act was deliberate. While for some NSSI may feel compulsive, in my experience it was always more akin to an emotional addiction. For me, it began with a choice, and from there, spiraled downward into a disorder that became more and more difficult to walk away from.

Skin picking, however, was never a choice for me. I never meant to start, not in the way that I consciously chose to hurt myself. I just caught myself already at it one day, I don't even remember how long ago now, and thought, "How funny. Mom used to do this, too."

I saw it as just another bad habit. Easy enough to break, right?

Excoriation is sneaky that way. You may not even realize it's a problem until it already is. By that point, it's already become exponentially more difficult to solve.

So, in my opinion, skin picking and self-harm aren't precisely the same thing. Whether you agree or not, however, I think the most important thing to recognize is that both do damage to you, body and soul. And in either case, you deserve better. Recovery is hard—believe me, I know—but it's possible. I am 10 years into recovering from self-harm, and I look forward to being able to say the same thing about my skin picking. Not today, perhaps, but someday.

Do you agree? In your experience, are skin picking and self-harm separate issues, or one and the same? Let us know in the comments.

Make Your Own Self-Harm Coping Box
Is Self-Love Really the Opposite of Self-Harm?