Binge Eating and Self-Harm: Are They Related? 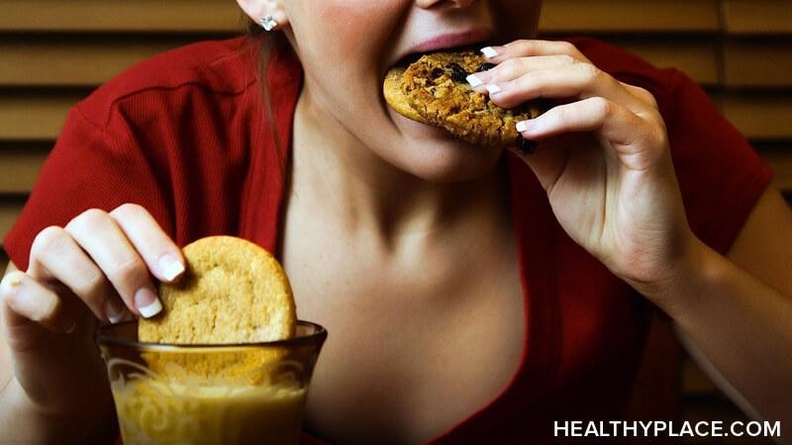 Most people associate self-harm with self-imposed physical injuries that can be seen on the surface of one's skin. However, self-injury can come in many other forms and include behaviors that are much more complex. For instance, some people may use binge eating as self-harm, or they may struggle with an eating disorder like anorexia or bulimia that fuels their self-injury.

Connection Between Binge Eating and Self-Harm

Eating disorders often travel with other symptoms, and self-harm can be one of them. According to research, engaging in self-injurious behaviors is not uncommon for people who struggle with conditions such as anorexia nervosa, bulimia nervosa, orthorexia, or binge eating disorders.1 In fact, people who suffer from these issues often cope with negative emotions typical for many self-harmers, such as poor self-image or low self-esteem.

Besides, eating disorders are self-injurious by default, with behaviors like forced vomiting, misusing laxatives or diuretics, excessive exercise, or eating until the point of discomfort or pain. Evidence also suggests that many individuals who engage in binging and purging behaviors practice other forms of self-harm.

I have never been officially diagnosed with an eating disorder, but I can relate to the findings of this research. I can recall a few tough moments in my life when I had a problematic relationship with food. In my case, I used binging and purging as a form of self-punishment and to express hatred towards my body. At the time, I struggled with poor self-image, especially after the rapid weight gain I experienced due to medication.

Binge Eating and Self-Harm: How to Stop It

If you find yourself binge eating for reasons that involve self-hatred or self-punishment, you might be practicing a form of self-harm without realizing it. More importantly, though, if you have unhealthy eating habits paired with negative emotions, you need help.

I know that deep down, you want to break free from your binging and purging behaviors and shed that awful feeling that you don't deserve to enjoy food or that you shouldn't eat. It has to start with accepting who you are and appreciating your body for all the amazing things it's done for you. You are breathing; you are alive, and you are worthy of love and happiness.

The road to self-acceptance is a bumpy one. However, like every journey, you need to take one step at a time. The first step is to reach out for help. Perhaps you can open up to a friend or talk to a professional and work through your emotions in therapy. If you're feeling stuck, there are plenty of resources here at HealthyPlace to help you take that first step.

I believe in you, and you deserve to be happy.

How do binge eating and self-harm affect you? Do you see a correlation between the two? Let me know in the comments.

APA Reference
Halas, M. (2021, May 17). Binge Eating and Self-Harm: Are They Related?, HealthyPlace. Retrieved on 2023, February 4 from https://www.healthyplace.com/blogs/speakingoutaboutselfinjury/2021/5/binge-eating-and-self-harm-are-they-related

Do Narcissists Self-Harm?
0 Days Clean from Self-Harm: Coping with Relapse