Self-Harm and the Unexpected Attack of Depression

Other mental illnesses often cling to the lives of those who self-harm. This may not be the case for all, but for many, it is a struggle that stands alongside the urge to self-injure. This tends to make it even more difficult to stop the unsafe behaviors that self-harmers come face-to-face with on a daily basis. When being attacked by depression, bipolar disorder or schizophrenia, self-harm may seem like the only coping skill that would make the negative factors around them disappear.

We know, as well as anyone else, that is not the case.

How do you handle your self-harm urges when your mental illness surprises you and makes your mind a whirlwind of emotions? It’s not easy and without proper coping skills, it is often one of the hardest struggles you will come face-to-face with. During those moments, nothing seems to matter and all the self-talk in the world cannot stop you from focusing on those negative triggers. 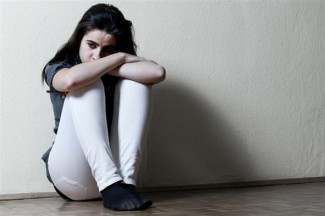 Handling an unexpected attack from your depression is tough and depends on the person and their ability to cope through difficult situations. Even after years of struggle, you still may not know how to pick yourself up and conquer those demons when they stare you in the face. You may still breakdown, panic or self-harm and when those things happen, you can’t get angry at yourself. The angrier you get, the more likely you are to repeat those behaviors when depression (or another mental illness) attacks.

Find Healthy Ways to Pick Yourself Up from Depression

For the last week, I have felt a little gloomier than usual. I know that this occurs from time-to-time, but usually I am able to kick myself out of the depression. When these kinds of emotions take over, I tend to become unmotivated and lazy, lying around and not being active. My usual spunk disappears and I become negative and insecure – which is very unlike me.

Perhaps it is because the six-year anniversary of my brother’s passing is coming up and my constantly reading his poems and looking at his pictures has brought me down. However, usually when I do those kinds of things, I become stronger and live every day for him. I know it’s natural to become upset when handling the loss of a loved one, but I’ve praised myself for being able to take his death and grow from it.

Maybe I’m just being hard on myself?

Whether or not we are being hard on ourselves, we need to stop and think about our emotions so we can work on how to safely handle them. As stated earlier, it is difficult to control your thoughts when depression attacks you and self-talk sometimes isn’t the easiest. However, it is important to ask yourself the following questions:

Self-Harm and a Pet's Compassion
Six Years Without a Brother, Six Years Fighting to Stop Self-Harm
sheilasue33
October, 10 2014 at 1:57 pm

I haven't self harmed since I had ECT. Actually I haven't even thought about it. When I did self harm because it was the last result. I knew I would focus on the physical pain instead of the mental pain. Now,when I feel desperate I listen to a hypnosis app or a hypnosis from the library. It has to be uplifting. I take my anti-anxiety med and I listened to it. Usually I feel much better and I didn't cut.