You never stop struggling when trying to overcome the death of a loved one. In truth, I don’t think there is a way to overcome death at all. It is something that cannot be understood and something that will always remain a mystery. You don’t know how a person felt or what they thought when death arrived and you’ll never be able to find that out. The constant un-knowingness of death keeps our anxieties growing and our minds wondering.

Over the last six years, I have not stopped wondering how my brother felt when cancer conquered him. I continuously ask, “Why him?” and I know that question is the scariest thing you can ask because, sooner or later, you wonder, “Why him, not me?”

How Death Helped me Stop Self-Harming

Something strange happened during the 26 days before my brother passed away. I began focusing on things that really mattered and one of those things became my mental health. My brother knew about my self-harm and my suicide attempts – he was one of the only people I’d felt comfortable confiding in. Sadly, as I watched him slip away, I began fearing the day I, too, would pass on. Never in my life had I feared death – if anything I had been intrigued by it. Now, once my hero had fallen, I felt pressured to stay alive. I felt as if I were now living two lives – one for him and one for myself.

The day my brother passed away, I made a promise to never self-harm my body again. I made this promise not only for me, but for my brother as well.

Anxiety and Paranoia: Part of the Grieving Process 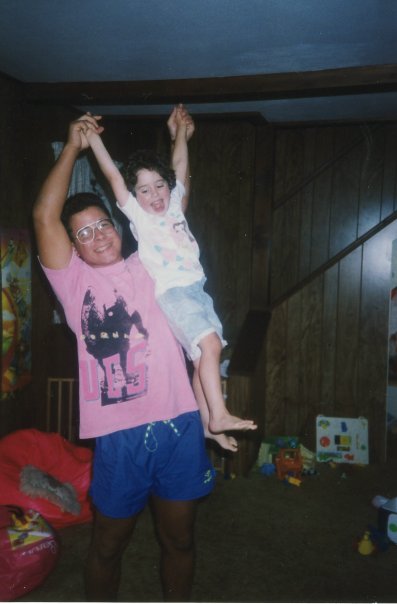 It was not easy to stop cutting. If you’ve read past blogs, you know this to be absolutely true. However, with my brother’s death came other mental health-related issues that I had not been expecting. My anxiety skyrocketed and my emotions became one heck of a rollercoaster ride. I began fearing activities I’d always enjoyed – swimming, going on rollercoasters, driving and anything that meant taking a risk. My mood would switch in the blink of an eye, for reasons I couldn’t pinpoint, and that in itself made me take my frustration out on those around me.

The year following my brother’s death was when my paranoia, anxiety and obsessive tendencies became noticeable not only to myself, but to my friends as well. Luckily, I had friends (my roommate, in particular) who were supportive and able to see me not as someone taking frustration out on them, but somebody still struggling. The combination of my brother’s death and my ending self-harm took a toll on my body and emotions and even after six years, I still battle similar demons.

Over the years, I’ve found ways to handle these behaviors and am still a work-in-progress. In truth, aren’t we all? Those overcoming self-harm know that every day marks a new step towards recovery and sometimes those steps throw unsafe urges and negative flashbacks your way. This year, more than others, I have been thinking about my brother and how life would have been if he were still here. I’ve read his poems repetitively and have looked at his pictures more times than years before. When you’ve dealt with death, six years can seem like six minutes and I think this year has been one of those times.

Unfortunately, a sad situation can make you reevaluate your choices and move towards safer ones. However, it doesn’t mean that those safe choices will come easily – you’ll have to fight for them. My brother fought many battles during his lifetime and even though he lost one, it doesn’t mean he didn’t win others. His death made me reevaluate my own life and gave me the power to live for us both.