3 Reasons Why I Was Misdiagnosed with Bipolar Disorder 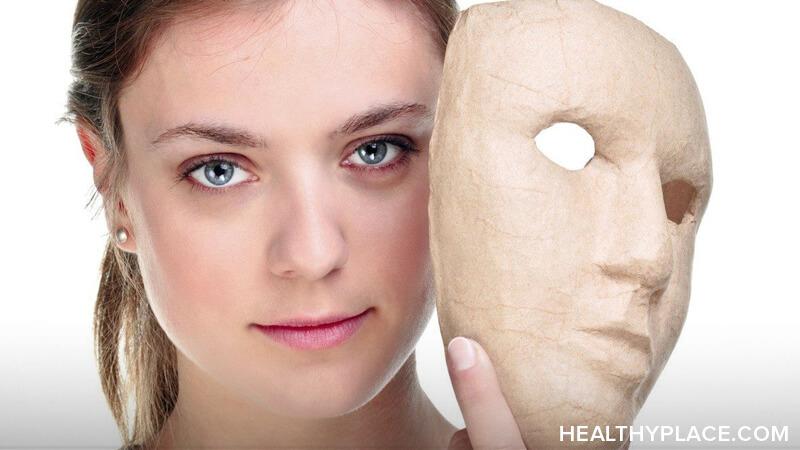 Misdiagnosed with Bipolar: Why It Happened to Me

1. My Belief that I Had Bipolar Disorder Colored How I Reported My Symptoms

I was misdiagnosed with bipolar because at the time I genuinely believed that I had bipolar disorder, and that belief colored the way I reported my symptoms. For instance, because I thought I had bipolar disorder, I saw my brief periods of increased activity and engagement as a symptom of hypomania, rather than a sign that I was actually depressed the majority of the time and only had brief periods of feeling happy and active.

When the psychologist asked if I had periods of little sleep, increased agitation, and uncharacteristic behavior, I responded with a resounding "yes." Even though it's clear to me now that I don't have bipolar disorder, I couldn't see that then and my certainty changed the way I was diagnosed.

2. Internalized Shame Masked the True Causes of My Symptoms

The second reason I was misdiagnosed with bipolar disorder is that I have a lot of internalized shame and it kept me from seeing the true causes of some of my mental health symptoms. For example, I thought my mood swings were entirely random, which lines up fairly well with bipolar disorder type II. Now, however, I realize that my mood swings are often triggered by all kinds of things, like the way someone responds to me when I say something or whether or not my day goes according to plan. I just didn't consider those things important enough to genuinely be the cause of my intense emotions.

I thought it would be dumb and shameful if I got depressed over such minor problems because my internalized shame tells me there are "correct" and "incorrect" things to be upset about. My things were "incorrect" so I assumed they couldn't really be the cause. That made my mood swings seem completely random, which lent some credibility to my bipolar suspicions.

3. Desperation for Validation Led Me to Cling to the First Diagnosis I Stumbled Upon

When I was misdiagnosed with bipolar disorder, I was desperate for validation. I needed to know that I wasn't just lazy or overly-sensitive or worthless, and at the time, it felt like the only way to prove that there wasn't anything wrong with me as a person was if there was something wrong with my brain instead. So when bipolar kind of sort of fit, I clung to it.

I doubted my diagnosis every step fo the way, but without a different one to take its place and fill the validation void inside me, I couldn't let go of my misdiagnosis. With time and lots of lessons in self-acceptance, I eventually let go of the bipolar diagnosis, even without a new one to replace it. It was one of the scariest things I have ever done, and every day I fight the urge to cling to a new diagnosis as a source of validation. Now, I'm trying to focus on my symptoms, my functioning, and my overall wellbeing, regardless of the label.

Have you ever been misdiagnosed with bipolar or another mental illness? How did you find out the diagnosis was incorrect, and have you found a new one yet? Share your story with the community below.

APA Reference
Griffith, M. (2019, August 13). 3 Reasons Why I Was Misdiagnosed with Bipolar Disorder, HealthyPlace. Retrieved on 2023, January 28 from https://www.healthyplace.com/blogs/recoveringfrommentalillness/2019/8/3-reasons-why-i-was-misdiagnosed-with-bipolar-disorder

How I'm Learning to Cool Down My Hot Head
Creative Projects for Recovery from Mental Illness
Jeanne
December, 28 2022 at 12:23 pm

I was misdiagnosed with bi-polar and even though I was certain that that diagnosis was wrong, I took the prescribed medications including Zyprexa. Zyprexa was my downfall. I took it every night for 6 years. It caused tartive dyskinesia. I have had my mouth moving for the last 8 years. It is debilitating and painful. It turns out that I have C-PTSD from a boatload of trauma from early childhood on. I hope this is helpful to anyone reading this

My Dr has prescribed me trileptal as well as lexapro when I Told him that I had difficulties sleeping and also asked me about agitation, crying over simple things like songs or commercials, He simply b old me I was depressed. I have had a lot of trauma in my life but I have always been an upbeat, outgoing, successful, and enjoy the company of others. I don't feel depressed but once he told me I was I began associating my behavior (not sleeping) high-energy periods, talkative, to being depressed. I have never really accepted his diagnosis and think I need therapy to address the trauma I've experienced, where do I start and what kind d of Dr should I be seeking?

Wow this is so on point to what I have experienced. I was medicated for over a decade for bipolar yet the medication did not help me improve my symptoms and only rendered me less capable of contributing to society, even to the point where I thought I could not work anymore. Only when I tapered off the meds that I am virtually free of all my initial “symptoms”. It took a lot of personal growth and work aside from that but in the end my problems were a result of some serious PTSD. Having CBT therapy also allowed me to be more aware of my behavior from past trauma, I was taught techniques on how to sort through those kind of unproductive thoughts. Some doctors disagreed with the no med approach so I found new ones that supported me and offered safer alternatives such as medical cannabis to deal with stress and insomnia as well as inflammation. A lot of our problems come from biological inflammatory problems as well, so in many ways good food and being active is also your medicine. Glad to know I’m not alone here and there are others who are not afraid to question the label placed on them. Would love to hear how everyone is doing today.

Sounds a lot like me. I was misdiagnosed with Bipolar I. I didn't know I had C-PTSD. In fact, I didn't even know I had trauma. So when I started having flashbacks following years of intense stress and severe insomnia, I had all the symptoms of Bipolar I. But sleep deprivation is used as a way to torture people for a reason- it can make anyone crazy. It took me a few years to get to the root of my issues and then trust myself enough to get off medication. Best thing I ever did was learn to trust myself and not the "experts."

Hi E, I'm sorry you can relate, but thank you so much for reaching out and letting me know about your experience. It can feel so lonely dealing with misdiagnosis, and it's always so great to hear from others who have healed despite missteps along the way. I hope you're doing well now, and I will definitely try to take your advice and slowly learn to trust myself.

Megan! me too!!! Oh wow! What a journey! I think they were over diagnosing bipolar, before bipolar it was depression! It's crazy!

I'm sorry this happened to you too! Have you found the right diagnosis? I'm not sure if I've found mine yet or not.