Why We Need Universal Healthcare Standards

We need universal healthcare standards. Normally I don't write a post when I'm angry, but today I'm making an exception. A friend of mine is disabled due to a spinal cord injury. She was recently put in a nursing home, with screaming dementia patients, an apathetic social worker, hostile and abusive staff, and she was left to lie in her own feces and urine. When asked why my friend was getting this treatment, a staff member said "Medicaid is not the Cadillac of insurance." This is why we need universal healthcare standards--because if the rich had to be in this situation, things would improve in minutes. We need everyone in the same boat to ensure mental healthcare treatment is not motivated by the bottom line (How To Pay For Mental Health Services). Everyone should receive basic healthcare standards, regardless of insurance or lack thereof.

I used to live in an apartment owned by a private group. The building was infested with bedbugs and mice, but the owners refused to do something about it. I even took a picture of a mouse I'd caught to provide the owners their requested evidence of a rodent problem. Nothing was done. My treatment team eventually broke the lease, citing violations of the Americans with Disabilities Act (ADA). I was lucky--several of my neighbors are still there, still dealing with mice and bedbugs. 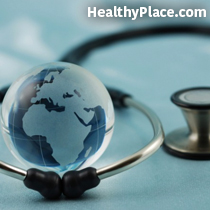 My new privately run group home was not an improvement (Reasons To Regulate Group Homes For the Mentally Ill). Staff frequently left us alone or slept on the job. Things blew up when I witnessed a staff member threaten to hit other residents and to take some of their property. I was the only patient "with it" enough to make a report, so I did--the owner said it was no big deal even though my therapist said it was borderline mandated reporting. I told my treatment team I would rather be homeless than in an abusive environment and moved into a public transient living facility until I could find my current residence.

What Universal Healthcare Standards Should Include

Universal healthcare standards should include:

You probably could add a few, but this is where to start. It's not asking much. It's simply asking staff to do their job and provide a basic standard of living. We shouldn't even have to ask this; it should be a human right. Universal healthcare standards give us a way to measure whether or not a facility is providing needed treatment in accordance with basic human rights. Geography and income should not determine what kind of treatment we get or if we even get treatment. The needs of the patient should be supreme because it's the morally right thing to do.

How to Enforce Universal Healthcare Standards

I'm not a fan of excessive government regulation, but some things should not be left to the for-profit sector. Healthcare is one of these. Healthcare is a service, not a business, and should be driven by the needs of the people served, not the bottom line. We can enforce universal care standards by repeatedly publicly declaring what the standards are and what to do if they are violated. For example, mandatory posters in highly visible areas could detail the standards and how to ensure they are met.

Healthcare should be subsidized because if everyone were in the same boat, everyone would fight to make sure treatment is adequate. We wouldn't hear these horror stories. I have no problem with a private facility having perks, such as a swimming pool or volleyball court, but I do have a problem when people are neglected or abused simply because they're poor.