Ways To Stay Sober While On Pain Medication

Stay Sober On Pain Medication By Using It Only As Directed

This sounds like a no-brainer, but use your pain medication as directed by the doctor. If the doctor says take one every six hours, take one every six hours, but only if you need it. One of my AA friends said, "Take enough to where you still feel pain, but it's bearable." You are not a doctor or a pharmacist, so don't try to be one by altering the dose. Take only what you need, if that. As the handout that came with my prescription explained, the doctor has prescribed the medication because he/she thinks that the benefits outweigh the risks--this includes the risk of addiction (Can Alcoholics Take Prescription Pain Medication in Recovery?). 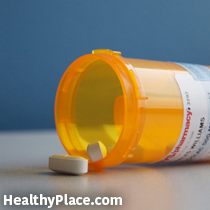 One of my AA friends said that if it got to where you were tempted to abuse it, flush it down the toilet. Actually, the best thing to do is take it to the pharmacy and ask them to dispose of it so it doesn't enter the water supply, but you get the point. If you're tempted to pop pills to get high, the best thing you can do is get rid of the pills. To stay sober on pain medication, don't be afraid to throw the medication out.

I didn't stay on the narcotic long because I had some problems with the side effects. I started having mood swings, intense self-harm urges, mild auditory hallucinations (which frightened me), occasional suicidal thoughts, and I started to enter a manic episode (and I do not have manic episodes as a typical symptom). I decided that I'd rather live with the pain than the side effects, and stopped taking the narcotic after about 10 days. You have to decide what's best for you while still following medical advice. If that involves not taking narcotic painkillers, then don't take narcotic painkillers.

Stay Sober On Pain Medication By Being Honest With Your Doctor

I told the doctor I was an alcoholic and that I was on a medication that might interact with the narcotic. They asked if I'd rather have prescription-strength naproxen, and we discussed other options before deciding the pain was severe enough for narcotics (I told my mother it was worse than when I had kidney stones, another time requiring narcotics). I also contacted my psychiatrist, who adjusted my medications to account for the narcotic and gave me clear instructions on when I could go back to my standard medication regimen.

It is important that you be honest with the doctor prescribing the pain medication as well as your psychiatrist about your history of substance abuse. More often than not, you can take a medication that does not have abuse potential. For example, I'm now on prescription-strength naproxen, which takes the edge off of the pain without causing any of the narcotic's side effects and has no abuse potential.

Stay Sober On Pain Medication By Planning to Remain Sober

I've heard it said that people don't plan to fail, they fail to plan. The key to staying sober is meetings, and that goes double when you're trying to stay sober while on pain medication. Double up on meetings, contact your sponsor, read the literature, and don't allow yourself to think about relapsing. Don't do like I did and say, "If I relapse, it's going to be now." Instead, say, "By the grace of God and the fellowship of this program, I'm going to stay sober one day at a time." A relapse is not inevitable just because you're on pain medication. You still have the power of choice.

APA Reference
Oberg, B. (2016, February 22). Ways To Stay Sober While On Pain Medication, HealthyPlace. Retrieved on 2022, June 25 from https://www.healthyplace.com/blogs/recoveringfrommentalillness/2016/02/staying-sober-while-on-pain-medication