When I was hospitalized for the second time, I saw a man who wandered around the unit completely unaware of what was going on. Anyone who has been hospitalized for mental illness can tell a similar story. Some blame the medication. But the fact is it's usually over-medication or the illness itself that's causing the problems. 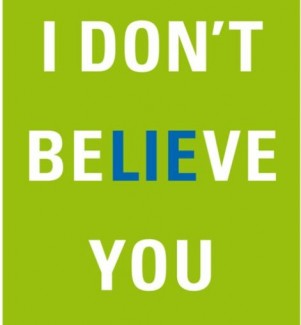 Psychiatry is as much art as science. Many people have no choice but to submit to a process of trial and error to find the right medication. There's a lot of educated guessing when it comes to finding the most effective medications. Some psychiatric medications can make a person lethargic at one dose but able to go about life at another dose. That's why it's vital a mental health consumer inform the doctor as to how the medication is making him or her feel. The right medicine is out there as long as you don't give up. Not all medications work the same way, so not all medications will have the same effect on a person.

There's a saying in the Midwest: "The cure is worse than the sickness." This is often assumed to be the case when it comes to psychiatric medication. Nothing could be further from the truth.

Listen to an ad for a psychiatric drug and you can be forgiven for thinking the cure is worse than the sickness. Some of those side effects are pretty serious. Case in point, quetiapine (Seroquel): the listed side effects are stroke, neuroleptic malignant syndrome, high blood sugar, high cholesterol and triglycerides, weight gain, tardive dyskinesia, blood pressure abnormalities, low white blood cell count, cataracts, seizures, abnormal thyroid tests, production of breast milk, difficulty sleeping, nausea, lethargy, and drowsiness, according to the drug's web page.

But side effects are rare. According to Dr. E. Fuller Torrey:

Antipsychotic drugs, as a group, are one of the safest groups of drugs in common use and are the greatest advance in the treatment of schizophrenia that has occurred to date.

Sometimes you have to decide which side effects you can live with--most of them are better than the illness.

Medication may enhance personality traits--for example, one drug caused my short temper to flare up more frequently--but they do not change your personality any more than non-psychiatric medications do. You're still you when you're on the right medication--you're just not suffering from symptoms to the same degree.

What are some lies you've heard about psychiatric medication?

APA Reference
Oberg, B. (2015, May 4). Three Lies About Psychiatric Medications, HealthyPlace. Retrieved on 2020, July 11 from https://www.healthyplace.com/blogs/recoveringfrommentalillness/2015/05/three-lies-about-psychiatric-medications

Soon EVERYONE will be forced on this BS, because no one cares! There will be a bill said that you can be institutionalized even if you are not dangerous, all that's required is a "suspected mental disorder" or that you refuse to take drugs and they can imprison you and control your life even if you're at your own home! It also means anyone can be labeled as "mentally ill" just so they can shove that crap down our throats! The reason psych meds are so dangerous is because they don't treat any real disease, they were created for mind control until someone comes up with a way to 100% "roboticize" other humans. Psychiatrists are evil, if anyone ends up on drugs or locked away it's because no one cares about you, you became far too difficult for them to control and brainwash. It's just a modern version of the Salem witch trials, social control and tyranny.

Lie: most people don't experience side effects. I have experienced terrible, life threatening side effects while they play Russian roulette with my medications.
Lie: psych meds won't turn you into a zombie. Some most certainly will!
Lie: withdrawals, if any, only last a few days. Withdrawals can be extreme and long-lived.
Lie: psych meds will improve your quality of life. Really?! I don't consider sleeping all the time improved quality of life. Neither is sweating profusely all the time when you never did before. Or how about nausea, vomiting, bloating, constipation, or diarrhea? Or rapid weight gain even though your eating and exercise habits have stayed the same.
I could add more to this list but I think I made my point. I hate my psych meds and I am working diligently on finding the event alternative methods for managing my mental illness.

I have NEVER posted a comment on any site but I feel so strongly about mental health/illness that I just had to . I agree so much with TracyG. I have depression and GAD and if anyone who disagrees with psych med had to spend 5 mins in the state of pure unadulterated terror of GAD they,d be battering down their doctor's door begging for xanax, seroquel, lyrica, effexor - all of which I take. These meds do not leave me fuzzy, are not mood altering in the way say alcohol is (Im also an alcoholic just for good measure!). I too have been told that I do not need these meds by self proclaimed phychiatrists. What I think about this is unprintable ! My psychiatrist is the most compassionate,empathetic, knowledgeable man with who welcomes my active participation in my treatment and I owe him my life

You asked what lies have we believed about Psychiatric drugs so these are the lies I believed... As a Psychiatric drug survivor the lies I believed were that these drugs were safe, that they did not cause dependency, and that they would not cause withdrawal effects, that they didn't cause suicide, would not harm your brain, would not numb your emotions, that side effects were rare that you can't get hooked in 2 weeks, that withdrawal symptoms are just your illness coming back, that withdrawal doesn't last for months or that there is no withdrawal syndrome that lasts for months, or years. These were all the lies I believed and found out weren't true. It's interesting how people on psychiatric drugs want to defend their drugs all the while being blinded to their harm. I understand I was once there too. But at the breaking point and considering suicide my view has changed. Four and a half years on 4 different Psych drugs and now Four and a half years DRUG FREE. There are root issues to your mental illnesses and it is not a psychiatric drug deficiency.

I think the most hurtful thing I've ever been told is that I don't really NEED my antidepressants because they're "just a crutch." It took my doctor and me several tries to find the right medicine for me, but it does work. Antidepressants have never made me feel like a zombie or "not myself," but they have helped me make it through a day.
Just as my blood-pressure medicine helps me keep my BP under control, my antidepressant helps keep my depression manageable. No one would tell me that only lazy people take BP medication. So I fail to understand why I have to put up with those who tell me that I wouldn't be taking antidepressants if I were right with God and had more faith.

I am a good example of a person who could easily state that I was misdiagnosed when in fact, I was properly diagnosed based on my first visit to a psychiatrist. Deeply depressed, I was given medication with an original tag of Major Depressive Disorder. Not surprising after a few months of intense cognitive therapy along with different meds, it became clear that I was on the down cycle of bi-polar (2). Over the years, I have learned that my experience is not uncommon and it makes perfect sense...fortunately I have found the right combination of meds and understand my responsibility to look after myself, despite what others may think...

I've had people tell me it's all in my head, or that my hallucinations were demons. What they say about spirits is what they used to say about sin... and that was largely caused by germs.
Nowadays there lots of supporting studies that say trauma and genetics cause a lot of our disturbance.
A myth I run into? That it's a curse, that somehow this has to suck and somehow it's up to other people to Make it suck worse whether they throw me in prison or while I live on my own. That somehow if I'm a part of their life, that for some reason I should be dissatisfied with my life Or told how I'm screwing up even when I'm minding my own business Or how it could go bad for me in some passive/agressive Intimidation.
I also think my mind may be A weakness, but our minds can also be our Greatest strength(true of AnyOne). Ask any survivor of trauma or wilderness whether he/she needed Will to Survive and something to live for... to thrive. Even people who's lives aren't threatened will admit they do.

Everyone is different and everyone's experience of medications are different. I agree that people should keep looking till they find the one that helps and it can be a hard process sadly.
Some people can't take anti-depressants like me. However they saved the life of the man I love so I am grateful for that.
I miss my Epillum it was great for me, but I have had friends who have servere reactions to it.
I hate Saroquel, but it is the safest medication while we try to have a baby (TTC 2+ yrs). Saroquel makes me extremely tired all the time.
I hate the people who tell me that I shouldn't take drugs, because my life is so much harder without them and I only need to not make it one day to be in the cemetery.

Everyone has their opinion and the most opinionated are those who do not suffer from any mental illness. I've been told it's all in my head and I don't need the medicine. And yesterday was a really special day where some man saw my wrists and explained to me that I didn't need medication, that I actually have demons and satan in me and that if I went to some "Dr" that he could force the demons out of me.
I worked with my Dr until I found the perfect one for me, that keeps me, me. I am usually happy, silly and like to make others happy. My meds stopped working in 2013 and I didn't realize it. For 3 days all I could do was try to find ways to make the awful feelings go away, which resulted in slit wrists, deep and over 2 inches long, only reason I lived thru it was 2 days before I took 30 blood pressure pills and 100 Xanax, so I couldn't make myself bleed out enough. It took a second attempt before they doubled my dose and I'm back to me. I've realized that people are scared and ignorant when it comes to mental illness.