How To Rebound From Mental Health Relapse 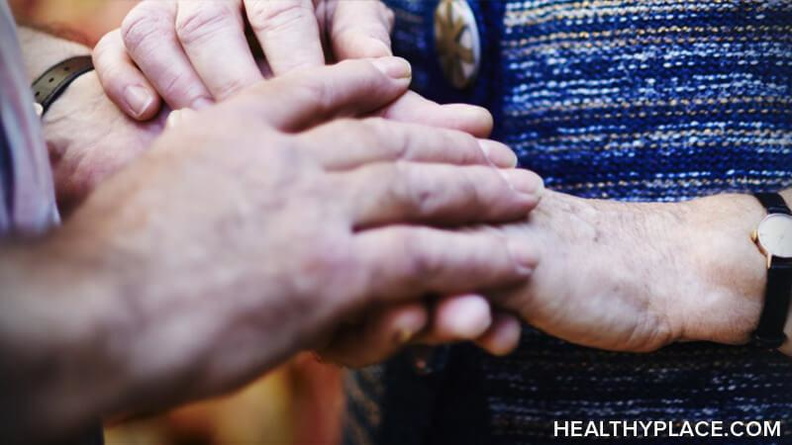 In 2010, I worked as a peer support specialist for a mental health organization in my community. Having been on the job for just over a year, I was feeling fulfilled and proud of myself for what I’d accomplished. Most importantly, I was making a difference to other people who suffered from mental illness. My colleagues were happy with my work and made it a point of telling me so.

So imagine my surprise when I was called into the boss’s office one day. She looked at me and said, “Mike, you are decompensating.” I didn’t even know what that meant.

She kept using that word over and over until I finally admitted to her I had no idea what she meant by that. “It means your symptoms are worsening, your mental health is deteriorating, and we’d like you to consider taking some time off.”

I was shocked. I knew I’d been struggling with depression and posttraumatic stress disorder (PTSD), but that was my normal state. The fact I’d recently been in a serious conflict with another employee? Not my fault. The person was provoking me. I wasn’t having issues with rage. I wasn’t suicidal. Well, unless you count asking another employee if they’d attend my funeral if I died.

Blindsided: I Needed To Rebound From A Relapse

I was completely blind to what was happening to me, but those around me were very aware that something had changed with me. Part of the reason I was in such deep denial is I’d been doing everything right as far as recovery goes. I’d been taking my meds, going to therapy, eating okay, and getting adequate sleep. I was doing everything I knew how to do to keep myself healthy. 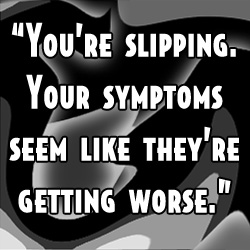 I believe this is the most dangerous point in mental illness relapse. When you have finally admitted to yourself and others, yes, I am relapsing. It’s dangerous because we see relapse as a failure. Sometimes it is, but other times, events and circumstances beyond our control can bring us to that point. Whatever the case, I was in danger of falling into despair.

That’s how I felt after leaving my job -- lower than a pig’s belly in a big puddle of mud. I felt so sorry for myself and told myself over and over, “You are a failure. You’ll never overcome your mental illness, so you might as well end it now.” And, of course, the old standby, “Nobody likes you, either.”

I felt ashamed and horribly embarrassed that my weakness had played out so publicly. At that point I had a stark choice: I could quit, or I could fight.

4 Ways to Rebound After Your Mental Health Relapse

Relapse happens, folks. But we don’t have to be destroyed by it.

I’m Mentally Ill and I Am Not Ashamed
Dancing With Death: Our Toxic Relationship With Suicide
yvee
December, 27 2014 at 5:28 pm

Thank you! Thank you! Experiencing this and I'm not really admitting to suffering from this to my job! I've been called in and had talks about my work performance. I'm overwhelmed. I can't cope with past trauma. Stopped mess and therapy in march.

Hi!
Sounds like you are in a very tough situation. It seems communicating with your boss might be inevitable given the severity of your relapse. You do have rights under the Americans with Disabilities Act (ADA) that you may be able to use in your favor. Under the ADA, employers are required to help you be successful by working with you to develop "reasonable accommodation" to mitigate the trouble you experience that hinders your work performance. For example, if your workplace is very loud and that noise triggers your symptoms, they could purchase noise cancelling earphones for you to use to make it better for you. That's just an example, but you get the gist. You said you'd quit your meds and therapy in March. I urge you to get back into treatment immediately. It can certainly be a factor in relapse if we completely stop treatment. I hope you’re able to get better soon. Good wishes.

Thank you for writing this article. It had the words I couldn't communicate about where I stood in this part of my recovery. I know a lot of people can identify. But personally, I want to say thank you. You have touched my heart where I needed.

I do not have mental illness, but my husband does. He is dealing with psychoaffective disorder. I'm not a professional at all, but this disease is very very harmful. To my knowledge his thought process is not normal & there is no logic to the things he does. He holds down a job, and has friends but his family life is lost. He really hasn't followed through with treatment for the last 10 year. No doctor, no meds no anything. I'm at a lost for how to help him, because as you know you can't make anyone do anything they don't wanna do. It frightens me that he will slip so far into this disease that he will not be able to get back to the man I fell in love with almost 30 years ago. I am supportive, patient & understanding of what he is going through, but he will not allow me to help him. He's making decisions, life changing decisions and his mental health is not good. I've been to Naomi meetings & classes to better understand what he is going through, but nothing I do seems to help. I feel he thinks I'm the enemy.
Mental health issues don't have to be outta control. Relapse happens but there are ways to getting back to a good life. I just wish I knew how to help without seeming like a nag.

Hi Stephanie.
Sounds like your husband's illness is out of control and affecting those who love him. I think it's important to realize that even though you can help him, it's his responsibility to make the decisions he needs to make to get better. I think it might be a good strategy for you to focus on you and the rest of your family/friends for awhile. You need time to get even stronger to be able to ride out the storms that lie ahead. I wish you well.

I too suffer from a mental illness, but I don't let that bring down from accomplishing my goals. This is my life and I am in control on how I want to live it. I like any other human being. I have feelings, beliefs, dreams and goals and I l love my jobs helping others thrive from recovering from theirs. It gives me a purpose in my life to be there for others. And with the support of my family and friends I believe I thrive. Resiliency is key and with the army values instilled in me I have been through a lot but I have also come a long way. I may not be the same person as I was yesterday but I do believe I am doing the best that I can.

Great article. I'm there now & it's encouraging to read I'm not alone in this experience.. thanks

I also can relate for years med and fit an healthy then bang I get called into office at work also,been signed off 9 weeks so far due back at work on 4th sep,am thinking don't go back,shortened hours is an option as my boss very reasonable as she used to be a cpn nurse,my partner and daughter finding it especially hard this time,not sure where to turn,my 2 best friends have big family's and anxiety issues so don't like troubling them too much Fay xx

I work in the mental health field. My boss doesn't know, fully, what is "wrong" with me, and I'd prefer he not know. However, i'm in the middle of a relapse right now (severe PTSD and depression), and the boss has been gone for a couple weeks. Only my collegue knows that I haven't been functioning, hardly at all. He's been trying to do all the work, and I can barely move or function. I'm working with a good psychiatrist and therapist. But, I feel I need to tell my boss what is happening, as he comes back Monday. Previous bosses have known about me and used it as a weapon against me. I want to think he is different. I need to talk to him. I'm just at a loss.

Hi Glenna.
Sounds like you are in a very tough situation. It seems communicating with your boss is going to be inevitable given the severity of your relapse. You do have rights under the Americans with Disabilities Act that you may be able to use in your favor. I'm glad you have a good therapy team that you trust. I hope you're able to get better soon.

I can so relate because I too thought I was doing all the right things as you mentioned, but I was still slipping and refused to believe it. Relapse is a slam and after a remarkable treatment/ recovery/remission for 5 years, I didn't want to believe it was happening. I waited much to long in my denial and now it is even more difficult to treat than before. I can't let this rule me, but for the past 6 months TRD has taken over and what little energy I have is spent on treatment from which I have yet to get a response. The "bump in the road" is huge, but I will forge ahead because each new day brings me one day closer to another remission .

Hi, Laura.
It's truly an exercise in perseverance, recovery is. It's just continuing to do the things we know are healthy regardless of any of our circumstances or our feelings or anything else. It's truly quite difficult, but then the flip-side, relapse, is even worse for us. Keep on keepin' on!