Grief is a curious thing; especially when the mourner has a mental illness. My mother died a month ago today from a combination of COPD, heart failure, diabetes, brain and bone cancer. Her breast cancer had metastasized to every organ in her body. I found out via my aunt 5 days after her death. I wish that I could say that I was surprised, but my mother had chosen a hard life for years. The surprise was how quickly she died after the brain cancer diagnosis. She was diagnosed in May and given a year to live; she was dead in less than 3 months. My mother and I had what could best be described as an awkward relationship: abandonment as an infant, a lengthy court battle before my grandparents got guardianship and very limited contact throughout my life. 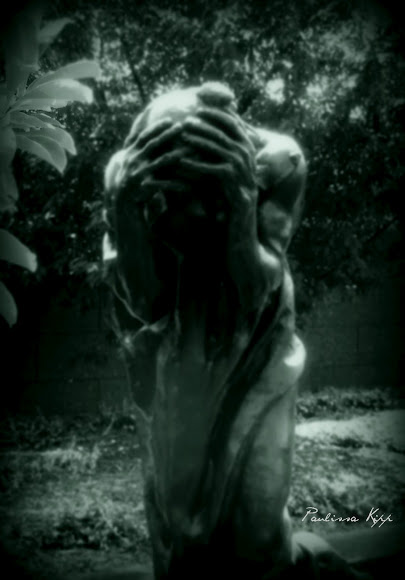 Grieving is a process with many layers of complexity.

Elisabeth Kübler-Ross described grief as five individual stages. The order in which an individual progresses through the stages may not be sequential and more than stage may be experienced at a given time.

http://www.helpguide.org/mental/grief_loss.htm
Denial: “This can’t be happening to me.”
Anger: “Why is this happening? Who is to blame?”
Bargaining: “Make this not happen, and in return I will ____.”
Depression: “I’m too sad to do anything.”
Acceptance: “I’m at peace with what happened.”

As I process my grief, I am predominantly in the anger stage.

I'm angry - so very angry that while my mother did NOTHING meaningful in my life growing up or into adulthood, the "responsible eldest child" gets to pick up the pieces of her life, sort through cigar-stained and scented things to decide what to keep and what to get rid of, decide where to inter her ashes and how much to spend doing so. I'm angry that she chose a man repeatedly over her children , angry that she never married my bio dad (who wanted to marry her but didn't want to marry a smoker), took up with another man who abused both of us and kidnapped me at 8 months old, telling my grandparents to come and get me or he would make sure no one ever saw me again. I am angry that I reached out over and over for years, only to be batted away or stood up with no phone call or explanation in favor of the relationship flavor of the day. I am angry and hurt that photos of my brothers were prominently and lovingly displayed in every room of her apartment, while each photo of me was hidden away in drawers or closets.

Do I feel thrown away again? Darn straight I do. Yet I know that a woman with a mild developmental disability, mental illnesses and brain cancer cannot process things in the fashion I might prefer. I'm angry with myself because as a mental health and disabilities advocate, I feel like a hypocrite for not feeling as much compassion for her as I would for a client I serve. Compassion exists but it is much harder to muster at times.

A wise friend told me "When encountering damaged people (the emotionally traumatized, those with mental health issues or disabilities that are not readily visible) to imagine that person as a paraplegic or quadriplegic in a wheelchair." Would I be angry because someone with paralysis couldn't hug me or show me what I wish he or she could? Of course not. Using this analogy is a reminder that sometimes people are not capable of offering what we need, even when his or her heart knows of our need. This anger will pass and give way to peace and blessings in time. The first step is understanding. Understanding begets forgiveness. Forgiveness begets peace and healing. I will mend the chasms with nuggets of gold.

Thoughts on the Process of Mental Health Recovery
Mantras for Self-Care: Mind Over What's The Matter
Carol
December, 31 2014 at 3:03 pm

Follow the yellow brick road! It may not lead to the Emerald City but it may lead to happiness!

Thank you so much Allie! Peace will come in unexpected ways in its own time.