Revealing Mental Illness to a Partner: Will You Still Love Me? 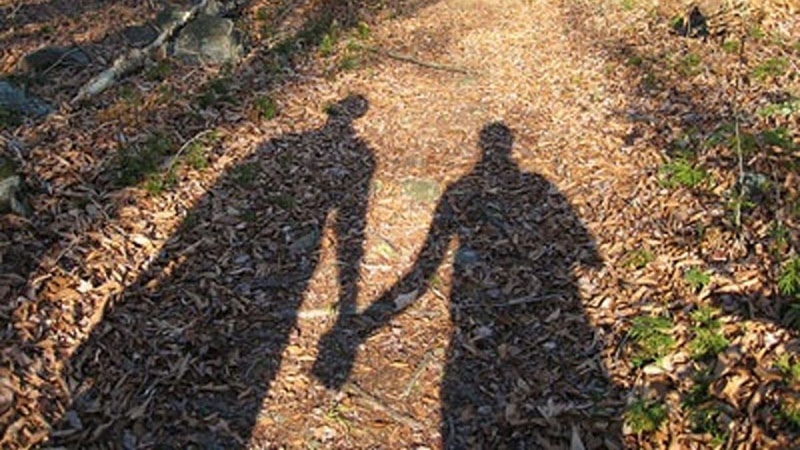 In the past, I wondered if a new partner would love me after knowing I had a mental illness. Of course, it is not a topic you disclose when you first meet someone: having dinner together, or watching a movie. It is probably not something you talk about three weeks later, but living with a mental illness is something that needs to be discussed.

At twenty-six years old, I can state that, yes, I have bipolar disorder−I suppose putting my face and words online makes that impossible to avoid, but part of my recovery has been heavily influenced by the ability to talk about mental illness, and connect with other people who share some of the same experiences.

Relationships, however, are a different story altogether (I Have Bipolar – Will Anyone Ever Love Me?).

Opening Discussion About Having a Mental Illness

I have met people, intelligent people, kind and caring. People who liked me for me. And so while we spent time together doing things that couples do, kissing and holding hands, I counted down the days until I would have to End The Relationship because I assumed that my illness separated me from others, it made love impossible. Others could not love me. I was damaged.

I have told potential partners about my illness within the first few months of our relationship, and some of them have stopped calling me despite telling me that it’s okay, I still love you. Feeling dejected can make recovering from a mental illness difficult. It can make you feel as though you are without a name and simply a disease.

My current partner and I took a different approach. After spending time together for three months, I told him we needed to have a talk (very few people like this phrase, and rightfully so). After months of rehearsing what I would say, I looked him in the eye, and stated:

“I have bipolar disorder.”

I had planned to say more than this: I had statistics ready, and a mind full of answers to questions he might have. I assumed the conversation would take place over dinner, perhaps span a couple hours, but those four words summarized more then I could muster. I expected him to be surprised; perhaps angry that I had not told him earlier.

“Oh, well that makes sense” and kissed me on the cheek. After asking him what that makes sense meant, I tried to explain what the illness was and what my experience with it had been. I told him that I was in recovery, but that I might not always be.

Educating Your Partner on Your Illness

You cannot dismiss a serious mental illness. I felt that he needed to understand what bipolar disorder really was, and that if we were to move forward together, life might be a bit rocky from time to time. I presented him with books and with literature; we went to my psychiatrist together so she could explain the disease and provide him with information.

Three years later, we live together and our lives move smoothly (most of the time), I work to stay in recovery and he works to understand my illness and help me when I am not well. I support him too. After all, we all fall down from time to time, regardless of whether or not we suffer with a mental illness.

It is crucial that people understand that having a mental illness does not mean that we cannot be loved. Like anyone else, we just need to find the right partner. Educating yourself on the illness is important, but it is equally important to inform and educate those who care for, and love you. Without a common ground, an understanding of the illness, relationships and, in turn, recovering from mental illness, can be more difficult than it already is.

APA Reference
Jeanne, N. (2011, September 19). Revealing Mental Illness to a Partner: Will You Still Love Me?, HealthyPlace. Retrieved on 2021, January 17 from https://www.healthyplace.com/blogs/recoveringfrommentalillness/2011/09/i-have-a-mental-illness-will-you-still-love-me

I live with BPD which has brought along so many friends I feel like I should carry a cue card to remember them all if anybody asks.
I'm quite open about my illness(es) but that doesn't make it any easier when it comes to relationships.
It's like a starving monster ready to eat any interpersonal relationship that comes along.
I have lost loves and broken hearts long the way till I found somebody that does in fact love me even with these caveats included.
I know how hard it is to live with all of this, I can't imagine how hard it is to live with me...but he does it and almost makes it look easy doing so.
I tell people to be patient because some day you will find someone who will be patient with you.

Very timely article. After 12 yrs of pretty well keeping to myself & feeling I didn't want to 'inflict'myself or negativity on anyone, I got a call out of the blue fm an old old 'friend'. And Boom - a Date. Scared to death (PTSD memories right now)bad timing in my eyes. I spilled the beans at first lunch - hoped he'd run and I wouldn't have to deal with it. Nope - completely gentle and understanding. So, going with the flow. Dinner in the future & emails & phone in the meantime - he is not rushing me. Now is that a nice guy? Trying to stay in the moment- but the idea of intimacy terrifies me..go with the flow..It may be ok..I am grateful to have a PTSD Counselor rt now. BPII is ok for now & may have been PTSD.

Recovery demands being open about your illness - mostly with yourself, and inevitably with others. The sooner you can jump the hurdle the better - and you can show that you don't think of it as a big deal by not treating it like it's a big deal. - We all have insecurities when it comes to dating, especially those of us with unflattering episodes in our past. You simply have to accept yourself - so that others can too. -- I don't know much about love, but I do know this. Real love is built on unconditional acceptance - find out as early as possible if a label is going to scare a prospective lover away.

At 46 years of age and living with rapid cycling bipolar type II, borderline personality disorder, and OCD, I decided against attempting any type of romantic relationship again. I tend to attract predators, and I tend to become too emotionally attached. I'm not suggesting that everyone take the route I did if they are mentally ill. I'm just saying that some of us may be more damaged than others, and it took me a long time to realize that I'm not somehow a "bad person" for not wanting to be in a relationship and also not having any interest at all in casual sex encounters.

Hi, Faycin:
Thanks you for this comment. For a long time I sincerely believed I could not be loved. It is hard to think otherwise when you feel so segrated and lonely because of the disease. I have had partners, when we fought, tell me that nobody would love me---and worse. I am most happy when I am alone. I love my partner, but relationships are not always forever, and so, in the end, we need to take care of ourselves. I respect your thoughts on this but life can change quickly, as us bipolar folks know.
Take care,
Natalie