Can You Voluntarily Give Yourself Dissociative Identity Disorder? 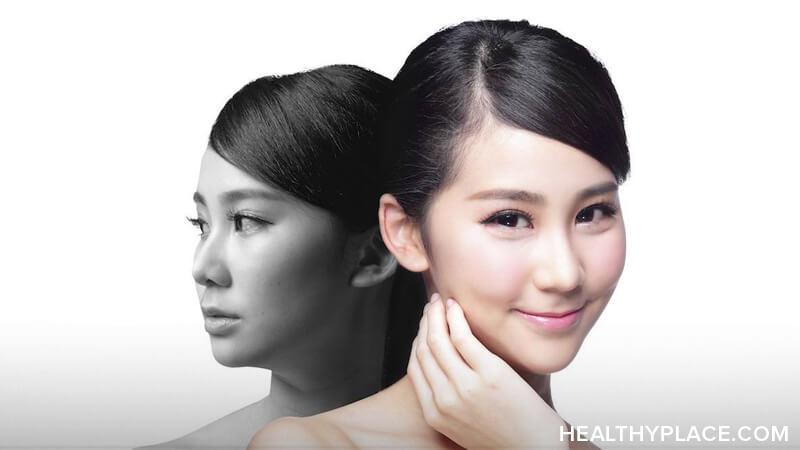 I have been asked recently, "Can I voluntarily give myself dissociative identity disorder?"  For most of us with dissociative identity disorder (DID), our first reaction is to wonder why anyone would ever want to develop a disorder that can be so challenging, if not debilitating. The truth is, however, I have shockingly come across individuals inquiring how they can develop the disorder. Well, the answer to whether you can voluntarily give yourself DID is unequivocal.

No, you cannot give yourself DID.

First, let me say I'm strictly talking about individuals that did not develop DID as children. For those that developed dissociative identity disorder as children in response to trauma, then yes, it is possible to continue to create alters and parts later on in life if the circumstances and the DID system necessitate it. But we are discussing something quite different. The issue is whether someone can consciously and purposefully give themselves dissociative identity disorder.

Why You Can't Give Yourself DID

DID Isn't Something You Can Give Yourself on Purpose

Having DID was not a conscious decision those of us with the disorder made when we were children. Dissociative identity disorder is not a selective disorder, meaning you cannot decide that you want to develop this brilliant coping mechanism and then you have it. "I have different parts of myself too," you may think. "Is that not what DID is, someone with parts to their personality?" you may ask.

The answer is yes and no. According to one treatment philosophy, everyone has parts. There is a therapy approach called the internal family systems (IFS) model which proposes the idea that singletons, those without dissociative identity disorder, have different parts to them, such as firefighters, managers, and exiles, that take on roles to create internal connections and harmony.

This IFS model sees individuals as being whole -- a summation of all his or her parts. For those of us with DID, you can't total our parts and have a whole individual. Though we might learn to work together and our parts cooperate, we will always be fragments. We cannot equal a whole person. We were never whole to begin with.

However, it is not uncommon to for someone to say, "Part of me just doesn't want to go to work today," or you might have heard, "There's a part of me that wants to improve my health."

Yes, these are aspects of our personality that come out in the language of parts. It is normal to talk in terms of parts, but this does not mean you have parts such as in DID. Our parts take executive control, make their own decisions, have different memories, ages, needs, and so forth. That is not the case with parts in the IFS model where the parts equal the whole.

The Nature of the Disease Necessitates It Form in Childhood

Another reason dissociative identity disorder cannot be voluntarily acquired in adulthood is due to the very nature of how the disorder is formed in childhood ("Causes of Dissociative Identity Disorder [DID]"). Dissociative identity disorder is the result of prolonged and severe abuse to a child at a very early age who has not yet developed a cohesive and formed personality. A young child's undeveloped personality cannot handle the stress and trauma brought on by abuse, so the only thing a child can do is create a part who can deal with the abuse and involuntarily fly away in his or her mind.

The reason a part can be created is that children do not integrate their experiences, characteristics, and temperament into a formed and solid personality until later in childhood. Since DID is developed roughly before the age of eight, which is before the complete formation of the child's personality, the brain has not had the opportunity to fully integrate a child's experiences into a wholly developed mind, thus negating the child's ability to cope with trauma and leaving the child vulnerable to splitting and creating parts. Therefore, during the severe and damaging abuse, the child's core "personality" is abolished and the parts are created. All this is an involuntary process and the child has no awareness of what has taken place.

Only children, not adults, have the ability to fracture off from the "core" personality to escape the abuse and neglect. Adults already have a fully formed and integrated personality and do not need to develop parts to cope with stress and trauma.

Be Glad You Can't Give Yourself DID

Lastly, though there are beneficial aspects to having dissociative identity disorder, most people with DID would advise against any attempt to acquire or pretend you have the disorder. Having DID means time gaps, memory loss, hearing voices, and finding random items you don't recall purchasing. It means flashbacks, panic attacks, anxiety, insomnia, accusations of lying, and wild mood swings. It can sometimes offer only a debilitating and isolative life.

So please be glad you cannot willingly give yourself dissociative identity disorder.

Tags: give yourself dissociative identity disorder

APA Reference
Hargis, B. (2019, August 14). Can You Voluntarily Give Yourself Dissociative Identity Disorder?, HealthyPlace. Retrieved on 2021, February 26 from https://www.healthyplace.com/blogs/dissociativeliving/2019/8/can-you-voluntarily-give-yourself-dissociative-identity-disorder