Is Trauma Necessary for Dissociative Identity Disorder (DID)? 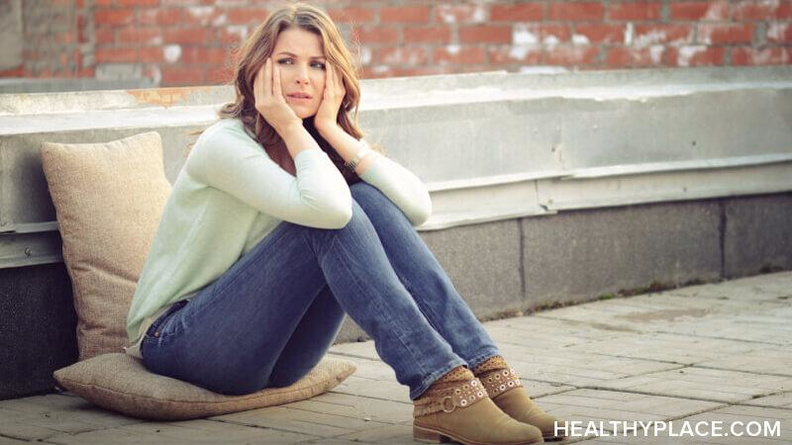 Even though dissociative identity disorder (DID) is considered a dissociative disorder according to the Diagnostic and Statistical Manual of Mental Disorders or DSM-5, many people refer to it as a trauma disorder. Much like in posttraumatic stress disorder (PTSD), people with DID often have a history of trauma and/or abuse. But is trauma always a requirement for DID?

A history of trauma is not one of the diagnostic criteria for a diagnosis of dissociative identity disorder, according to the DSM-5. However, the DSM-5 does emphasize the prevalence of trauma in client presentations of DID.

DID Can Result from Many Types of Trauma

When most people think of trauma in relation to dissociative disorders, they think of blatant child abuse -- most obviously physical and sexual abuse. And while a majority of those with DID have experienced these types of abuse, there are other types of trauma that can lead to DID that many people tend to overlook.

Psychological abuse, while not obvious to outsiders, is a form of trauma that can and does lead to DID. Verbal abuse, especially severe, is another form of trauma. New research also shows that certain attachment issues between parent and child early in life can be traumatic, which in turn can lead to the development of DID.

You Can Have DID Even if You Don't Remember Any Trauma

A DID diagnosis can be confusing and anxiety-provoking for anyone. For some people, there is confusion about the trauma and DID connection. They may not have experienced any trauma that they know of, or at least remember. But that doesn't necessarily mean that trauma didn't happen.

One of the reasons that DID develops is to protect the child from the traumatic experience. In response to trauma, the child develops alters, or parts, as well as amnesic barriers. These barriers block the memories of the trauma so the core person is better able to cope with life. Blocked memories may not resurface for years (or at all), even after a person has already been diagnosed.

It's also important to realize, as was explained earlier, that trauma occurs in many forms. You may have memories of trauma that don't seem so obvious. Something may not seem traumatic to you thinking about it as an adult, but as a child, it could have very well been traumatic enough to lead to dissociation.

Your Memory of Trauma Does Not Invalidate Your DID Diagnosis

Regardless of whether or not you remember trauma, don't doubt yourself. Don't question your diagnosis just because you can't remember everything, or invalidate yourself because you feel like you haven't had it "bad enough" to have DID. Trauma can happen to anyone.

Someone close to me who is going to be 40 years old in a week was diagnosed recently with DID. She just started showing signs within the past year. Is this normal at this age? Wouldn’t symptoms of the disorder show up earlier in life if they truly have it?
Thank you

I was abused when I was a small child by my (ex)stepfather. I also was sexually assaulted by my (ex)best friend about a year ago. I don’t remember when I got assaulted per say, but I remember seeing it happen through my eyes, but it wasn’t me fighting back, if you get what I mean... about 3 years ago my stepmom came at me (I’ve been diagnosed with PTSD), and I fought back at her but I don’t remember fighting back. One second I was at my dad’s house and the next I was in a police car heading towards the nearest Juvenile Delinquent center. I’ve just now heard and researched DID, and I think I may have it. Sometimes I hear a voice that is not my own that calls herself “Alarika” tell me to do certain things, and if I don’t do them, I feel my body do it for me without me being in control. I also can have conversations in my head with Alarika and I think she is older than me because of the things she encourages me to do, such as drink, vape, and have sex. I am 15 years old btw... She just came to me about a year ago during/after my sexual assault. I don’t know if I actually have DID or if I’m going crazy and just naming my conscience tho. I also have an image as to what Alarika looks like in my head, too, but I don’t “see” her often, I usually only hear her.

I have this personality or something that is very emotional, I never had any childhood trauma but was bullied once at the age of 8. Once when I was 12 or 13 I put nail polish on my face but I didn’t have any control of myself doing it and realized after that I had a burn mark on my cheek due to it, people would ask what happened and I would respond with “I don’t know”. This personality has his own phobia and usually thinks of things I wouldn’t do. It just randomly came out of nowhere and I don’t even know if it is DID or something else I haven’t seen anyone either do really be diagnosed. I just wanna know who he is, why he’s here, and why when I get so emotional he just pops out of no where.

I have DID and have several alters that I've gotten to know quite well. I do not remember much about my childhood before my teenage years. I have recently been able to integrate with a few of them and it has been very rewarding. My problem is that ALL of my younger parts have horrendous recollections of being sexually abused by my father. I am very close to my father and just cannot believe that he ever did anything unloving to me. I am at a stalemate with the other insiders and it is really depressing. One of my alters confronted my dad soon after my diagnosis. My father denied ever having done anything, while treating me very kind. I am at a loss. I trust my father more than I do my alters and cannot stand the thought of hurting him. Maybe they did too good a job of keeping me away from the trauma. But they are adamant, their stories all line up with each other and they have been consistent for several years. For years I have just treated the parts as sympathetically as I would any other child who had been through such things. However now that we have been working towards integration, it has become a HUGE problem. Do you have any advice?

I have a similar issue. A year later do you still not believe it happened?

What would happen if the blocked memories would come back to the person.

I have recently started seeing a therapist and I am starting to uncover some things about my self. I know for a fact that I had dissociative disorder when I was a child. I would stare at my hands for hours because they didn’t look like mine. I would walk through the motions of my day. I wouldn’t actually feel anything it would be like my life was a movie and I was watching it from afar.
Although I know that I have had it I can’t figure out what might have caused it. My childhood was great and I had loving parents but I remember at around age 10 that I started to have thoughts of suicide and had a lot of anxiety and depression and with that I had dissociative symptoms. I am wondering if my brain is blocking me from finding out or if somehow I am making this up in my head. I also would like to know how to talk to my therapist about this and figure out how to see what my brain is blocking me from.

hey Crystalie, i am a self diagnosed alter, but my host does not want to bother going to see a professional in the field to do the necessary testing for a diagnosis, any advice on the necessary steps to getting a diagnosis and possibly how much it would cost?
thank you
Madelyn Rusco

Hello Madelyn,
Any therapist can technically diagnose DID, you would not necessarily have to see a psychiatrist. I think the important part is finding someone experienced in DID or at least trauma. There are low cost options if you all don't have insurance as well. The difficulty may be in getting the host on board.

I've been searching for a definition of DID that fit me more accurately. I do have a lot of things that I cannot remember but I don't recall ever having complete blackouts. DID almost destroyed my marriage, my family. I'm still trying to find my place now knowing that I have DID.