Living with Schizoaffective Symptoms for 20 Years 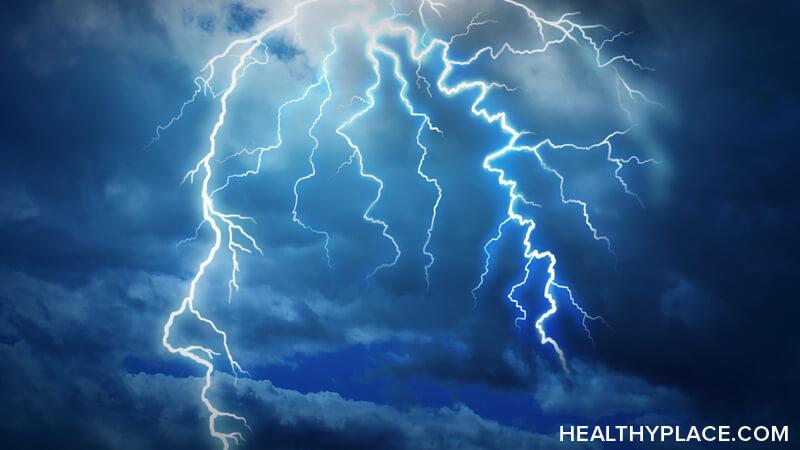 The 20th Anniversary of My Schizoaffective Symptoms

I knew something was wrong when my schizoaffective symptoms increased to acute schizoaffective anxiety during the 10th wedding anniversary trip to Door County that my husband and I took in September. I still enjoyed the trip, but I was experiencing more anxiety than I usually do in Door County. I was so anxious I called my psychopharmacologist urgently and asked her to raise the dosage of my antipsychotic medication.

I did that early on in the trip, and it made the trip a lot better. At first, I felt better when my husband and I got home, too. But then the schizoaffective anxiety spiked again. I considered a partial hospitalization program, in which I would go to the hospital several days a week but would go home to sleep in my own bed instead of staying at the hospital overnight. I even had an interview with a doctor affiliated with the program. We decided the partial hospitalization program wasn't for me, though he was the first person to affirm that the 20th anniversary of the beginning of my schizoaffective symptoms could be triggering them to act up now.

My Schizoaffective Symptoms Are Different than When I First Got Sick

When I first got sick, my schizoaffective symptoms caused delusions, such as thinking people I couldn't see were following me and that strangers in restaurants were talking about me. The only schizoaffective symptom from that period that I still experience is hearing voices. The difference is that I only hear voices now when I'm really anxious, and then I was hearing voices all the time. But my worst symptom these days is the anxiety.

I've felt so bad lately that I'm afraid I'm going to have another psychotic break, even though I know I probably won't. I haven't had one since that first time around. Still, I'm glad I'm on a higher dosage of the antipsychotic, even if it hasn't helped as much as I'd like it to and even if it's making me eat more.

Anniversaries of harsh events are rough, especially milestones like 20 years. Every holiday season since my first psychotic break I go through this and it's especially tough this year.