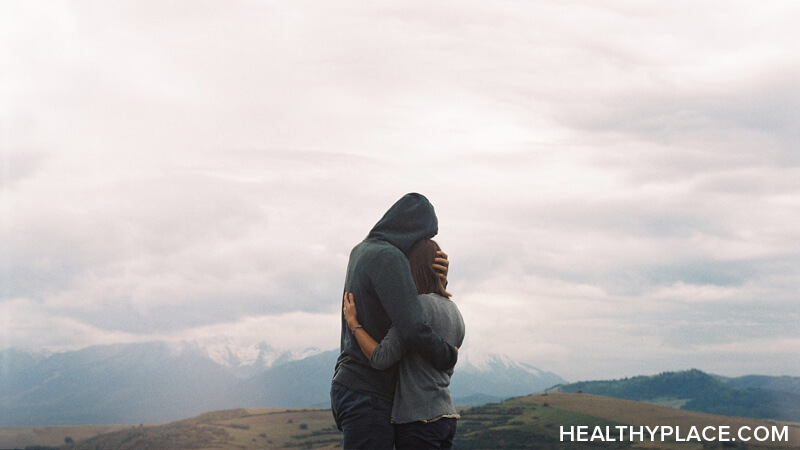 Mental illness and accountability have a necessary relationship. At times, mental illness may contribute to bizarre, atypical or inappropriate behaviors, but it doesn't serve as an outright excuse for such acts. Taking responsibility for one's actions is critical to functioning in society, and mental illness does not diminish the significance of accountability.

Accountability in the Face of Mental Illness

Living with the symptoms of my mental illness doesn't take away my accountability for how I interact with others. I struggle with interpersonal communication. There are many reasons for this, but the principal reason is my continuous struggle with paranoia. I constantly feel like I am under surveillance by others. I take words and actions out of context regularly and struggle to believe an individual's account of his or her motives over my perception. In short, it isn't easy living with constant paranoia. However, to quote a worn and imprecise adage: it is what it is. It isn't likely that I will wake up tomorrow sans paranoia, and moping about my lot in life is futile. What is not futile, however, is focusing on overcoming and compensating for my struggle with paranoia.

For example, my wife is frequently the recipient of angry outbursts when I feel I am under surveillance. Hostility may result from something as simple as a question about a particular task that I take as a direct challenge to my competence. My reaction in these cases is uncalled for and inappropriate. But it's okay because my behavior is the result of paranoia, and my paranoia is a result of schizophrenia, right? Right; but wrong. I am more than schizophrenia; my illness does not determine everything about me. I, not schizophrenia, am the master of my fate. Therefore, I am accountable for my actions regardless of the influence of mental illness.

Unfortunately, this issue isn't quite that simple. Schizophrenia does play a role in my behavior, whether I hold myself accountable when mental illness symptoms flare or not. Accountability is crucial, but this ideal must be tempered with realistic expectations. It is unrealistic to expect never again to exhibit poor behavior as a result of paranoia. However, it is fair to expect to apologize after each outburst. It is highly unlikely that I will fully overcome the feeling of being under constant surveillance. Still, it is appropriate to expect that I discuss my feelings with my wife and my therapist. It is foolish to expect perfection, but it is wise to expect improvement.

Thank-you! I enjoyed this article. I suffer from schizophrenia and I acted out in selfish and unpleasing behaviors and I think it is important to hold myself accountable. My struggle began at a young age. I'm usually thinking about how I can improve myself and I feel overwhelmed when I mess up. I was trying to be perfect and sometimes I just didn't care. I now realize the importance of being trusting in others always keep an open dialogue especially when you feel angry, suspicious worried or fearful. I'm learning to depend on God instead of turning from Him. I still have my struggles especially when it comes to healthy relationships.i get hurt and like an article said the hurting hurts.

Thank you for reading and for your comments! I am glad that you are improving over time. I know how difficult it can be to deal with the symptoms you described. I hope that your struggles with healthy relationships improve over time as well.