Schizoaffective Disorder and What It's Like to Hear Voices 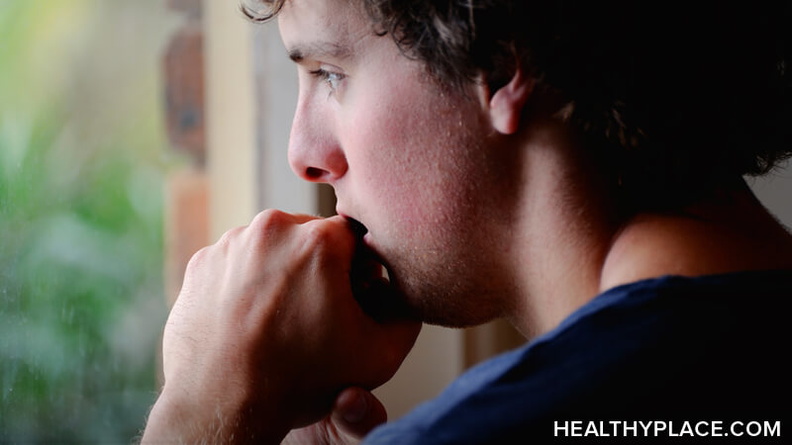 I have schizoaffective disorder and I hear voices. The first time I heard them 16 years ago, I thought they were faeries. Sometimes I still think that. Faeries are troublemakers. So are my voices.

I Know the Voices I Hear Aren't Real

When I’m with people who I feel safe telling that I’m hearing voices, they want to know what the voices are saying. I never used to tell anyone. The voices didn’t make sense. If I could make them out at all, they said things like, “Smoking is bad for your weekend.” It was embarrassing. Almost as embarrassing as the fact that I was hearing voices in the first place.

Some people assume that when you’re hearing voices, the voices are telling you to kill people. My voices don’t tell me to kill people. And even if they did, I wouldn’t do it because I know the voices are not real. All whimsical notions about faeries aside, the key to successfully dealing with hearing voices in schizoaffective disorder is knowing that they’re not real.

My voices are triggered by anxiety. When I hear them, I take an antianxiety medication. Sometimes I need more. After I take my first two pills, I like to make myself or ask someone, like my husband, to make me a cup of tea. Then I like to watch a cute movie like Juno or go on Facebook.

Even though I know the voices aren’t real, they still scare me. They didn’t scare me so much when I was hearing them more often. I used to have an attitude toward my voices that it was like getting a migraine. I just needed a time out. Only I can’t exactly tell my boss that I need a time out because I’m hearing voices. At one job, I told people I was hypoglycemic and having a sugar crash.

I wish I could go back to reacting to the voices like they’re a migraine, and not be scared. I am on a medication that helps a lot with treating the voices. (I have schizoaffective disorder, bipolar type.) But I think I have a pretty good handle on the symptom now. It is a symptom, after all.

Hearing Voices with a Sense of Humor

Tags: hearing voices what it's like to hear voices

APA Reference
Caudy, E. (2015, January 13). Schizoaffective Disorder and What It's Like to Hear Voices, HealthyPlace. Retrieved on 2021, January 24 from https://www.healthyplace.com/blogs/creativeschizophrenia/2015/01/schizoaffective-disorder-what-its-like-hear-voices

About Elizabeth Caudy, Author of "Creative Schizophrenia"
My Diagnosis of Schizophrenia Then Schizoaffective Disorder
Janet Roberts
June, 25 2016 at 9:48 pm

The voices hear are from me. When I'm stressed and cannot find the right answer to someone's questions. I find myself saying sentences over and over to help myself. But they do not help. I live with my Mom and have retired. I was in an abusive relationship for 26 years, worked a high stress job. I feel unable to do high stress anything anymore.
My sentences are,"I've got to get out of here and get out of here now!" (When I'm in the grocery store)
"Help me not to be evil." ( I repeat this several times.)
"So and so wants to shoot me"
"I just wish it was over."
I take Effector twice a day, it keeps me from feelings of impending doom, panic attacks, and crying for no reason.
I've been divorced 4 years now and my ex has moved on. I care for my Mom and crochet or knit. My memory is short term on minute things. My son is now home from prison and is working. Both him and my ex suffered from alcoholism. My son was in to drugs and has been clean for two years.
I've always had panic attacks and anxiety. I do not worry as much as I used to. I realize I cannot control my life or a family member.

Dear Kari,
I'm sorry you're having so much trouble. I know that when I was having a lot of trouble, things did get better through working with my doctors. They didn't get better immediately, but in the long term I'm in a much better place now than I was eight years ago. I know it may be hard to think that far ahead right now, but just know that if you work with your doctors things will get better. I hope that helps.

I just started voices. Specifically, my mothers. She is dead. I know it can't be real. But it keeps me up at night. I just went to see my doctor. He doesn't seem to think its psychosis or be all that concerned mainly because I know the voice isn't real and I'm not afraid of it. He wants me to get blood work to check my depakote level. I also take serequel and resperidol. I have bipolar type 1. I am not depressed or manic at the moment. I should also mention that starting about 6 weeks ago I started seeing figures of shadows of animals and people in my peripheral vision. When I turn to look they disappear. Anyone have any feedback???? Thanks

It sounds like your doctor is taking action in having your depakote level checked. It's good that the voice doesn't scare you and that you know it isn't real. If you haven't already, I would let your doctor know it keeps you up at night.

I 've hear voices in a Male voice , at first it was really mean . But after a while it changed from that to a female voice and slowly has faded now to the point that I am no longer on medication for depression / this disorder . It s like it does fade over time when you end up learning how to deal with the stresses of life . And the one key thing that has help me besides working out , changing my eating habits , is deeping my faith in God and his promises for the future . ( I'm a Jehovah's Witnesses ) So reading his written word has help as well as praying to him and asking for his help . But yes the voices that you hear can come across as very mean and ugly . But with help you can learn how to not allow them to control you

but I could still use some pointers.

http://www.healthyplace.com/other-info/resources/mental-health-hotline-numbers-and-referr… Go to this website, you should be able to find a hotline that will help you

Her parents are gone and I don't know of any other family. What can I do to get her to talk to me and get her to understand I'm not the bad guy. Should I leave her alone. Keep telling her how much I care for her. How can I get her to want some sort of communication with me? Thank you

My girlfriend hears voices. They say things that are not true. She has put me right in the middle of a bunch of illusions that are just way out there. She has left and is at a homeless shelter. Part of her knows and has asked for help but right now is stuck in the illusion. How can I get her to talk to me and get some help when I'm the bad guy? Anyone? scottu911@gmail.com. Thank you

Can you talk to her parents and have them get her the help she needs if she won't listen to you? I was once where your girlfriend is at. I had extreme paranoid delusions that I really believed were true. Antipsychotics saved my life. If she gets help, she will get better.

Thank you, James... I hope I get better one day too!

Elizabeth, thank you so much for sharing this. I have schizoaffective disorder bipolar type as well...currently I am in a psychosis and I have 2 devils, Max and Julia that like to spew vile things, they speak American English. Then I have my blue cat Kiki who speaks in a British accent and he protects me. Yes. I know they're not real and I'm currently in the middle of changing meds, hence the psychosis...but to be honest, when the right med takes hold, I'm going to miss Kiki. :(

I also have Schizoaffective Disorder as well as bipolar. I hear all types...men, women, children, sometimes clear or sometimes they sound mumbled like voices down an echoing hospital corridor. I also hear random noises like doorbells, ringing phones and animals growling right next to my ear. I also see people that aren't there. Sometimes very clear, other times "shadow people" is what I call them. But, like you, I've learned that they are not real. Even so, sometimes they are disturbing. Other times just annoying. thank you for writing this.

I'm disturbed by my voices even though I know they're not real. I'm especially disturbed by them if I'm at a place, like work, where the voices prevent me from focusing on what I'm supposed to be doing. I used to have to leave parties because I was hearing voices-- now I just don't go to parties because they overstimulate me. Thank you for thanking me for writing that-- a response like that is why I do this, to help other people with my story.

I hear voices too. Mine are female. I know they're not real. I have your same diagnosis.

It's good when you know they're not real.

See this is what my guy has been diagnosed with. Yes he hears voices, but when he 'hears voices' it's his own voice telling him to hurt himself or others. And if he doesn't do what they say then he gives in and cuts himself. He describes it like the movie Fight Club. But according to this page about Schizoaffective Disorder it's hearing voices that may not be so clear. His is. And I'm not sure if I'll get a response to this. I'm just trying to understand and what I might be able to do to help. I know his 'voices' are brought on by stress and anxiety and a lot of the times he doesn't know why he's having anxiety. (Or maybe he's not telling me everything.) I care for him deeply and if I'm going to have him living with me one day I want to be the best help I can offer. :)

Is he getting professional help? Is he on medication? Also, it's important that he knows his voices/voice aren't/isn't real.

I was wondering if when people hear voices, do they hear the voices in the same gender? Accent? Inflection?

I hear a crowd of voices of different genders but the most dominant ones are female. They are very shrill and shrieking.

You are beautiful. Thank you for sharing.

Awe you poor dear <3 That must be so frustrating to deal with on top of how life and everyone can be already <3 The shamans believe people like yourself or even me are just gifted, tho im not sure of the road to how that all works yet lol i just think you're wonderful for sharing your world with others and letting em know that we aren't really alone out there i mean we all have our quirks and unique abilities and struggles anyhow but the world wasn't made to hide em all <3 <3 and ya know? smoking IS bad for your weekend if ya stop and think about it lol <3 <3 I can't say that i know what you're really going through, but im here tho, if you'd ever like to sit and talk about it or anything else too lol <3 :)