I Have Bipolar, and I Never Ghost People 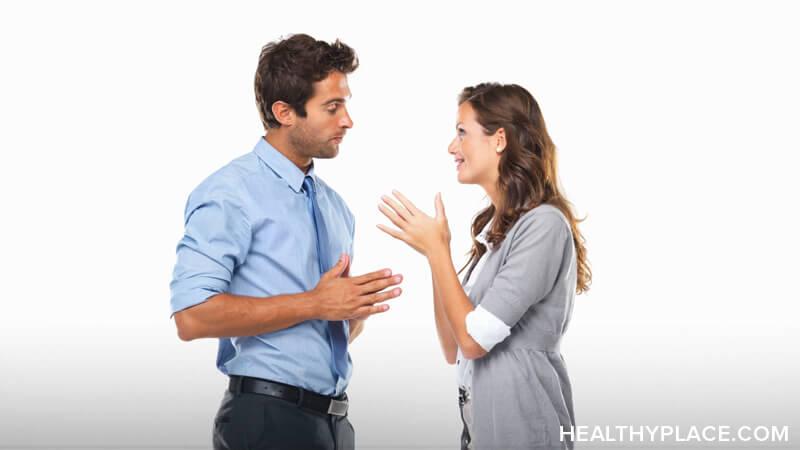 I have bipolar disorder, and I never ghost people. "Ghosting" is a slang term for when someone cuts off all communication. Some people may doubt that I don't ghost people based on my bipolar diagnosis; however, believe me, I am not a "ghoster." Moreover, I'm not the only one. Just because a person has bipolar doesn't mean they will ghost you.

In 2019, a blogger here, Hannah Blum, wrote a piece and did a video about how ghosting is a big problem in those with bipolar disorder. This piece has spoken to many people and has been on the list of the most popular posts for many weeks since then. I don't argue her main point — I think people with bipolar disorder do ghost people sometimes. However, I think it's important to remind people of the word "sometimes."

Why Would a Person with Bipolar Ghost You?

I do think people with severe mental illnesses are more likely to ghost others. In the case of bipolar disorder, I think this is because of the extreme mood states that we experience. When a person is in an extreme mood state that prevents them from getting out of bed, it's understandable that it can also prevent them from picking up the phone or firing up the computer.

There are many other complex reasons why a person with bipolar might ghost as well, including:

And I'm sure there are many other reasons tied into bipolar disorder too.

Why I Never Ghost People Despite Bipolar Disorder

I hate it when people ghost me. I find it sends my anxiety into overdrive and actually physically hurts. When someone I care about stops communicating with me, I feel like it's my fault and that they hate me. I feel terrible about myself. It's all I can think about until it gets resolved. I never ghost people despite bipolar because I never want anyone else to feel like that. And honestly, it makes me quite annoyed and even angry that other people are so selfish that they seemingly don't care about those ramifications.

I do understand that how I feel when someone ghosts me is my problem. But I also understand that ghosting makes everyone feel crappy, even if my bipolar disorder and I take that to a new level. And really, no matter whether ghosting makes a person feel a little bad or a lot is irrelevant. I never ghost people because I care about it either way.

APA Reference
Tracy, N. (2022, November 22). I Have Bipolar, and I Never Ghost People, HealthyPlace. Retrieved on 2022, December 6 from https://www.healthyplace.com/blogs/breakingbipolar/2022/11/i-have-bipolar-and-i-never-ghost-people