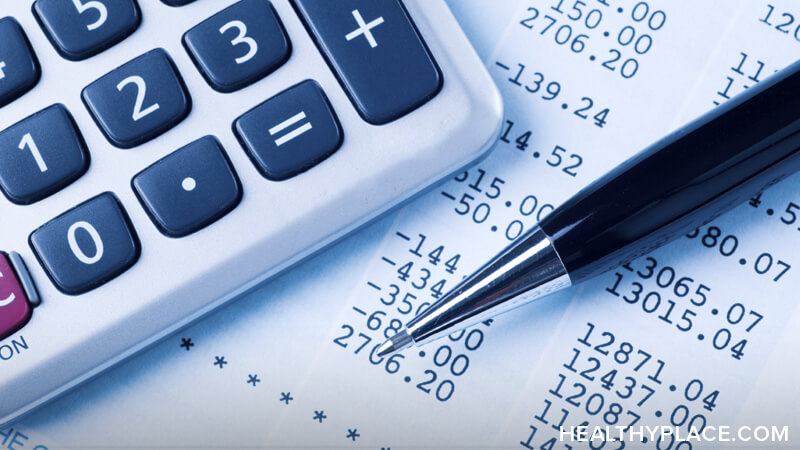 Money Worries Come Up Because of Anxiety in Bipolar Disorder

So then, while many of us experience money worries, those worries are often amplified in those with bipolar disorder because of comorbid anxiety.

Money Worries Thanks to Bipolar Disorder

And to make matters worse, there actually are a lot of justified worries about money in bipolar disorder.

Now, I live in Canada, so my money worries are more limited than they would be in the US. But recently, the plan that had been covering my bipolar medications was cut off because it needed to be renewed. I went to the drug store and, suddenly, I owed hundreds of dollars. And I know how lucky I am. In the United States, people pay exponentially more for the same drugs.

But I had that moment. That moment where I sort of choked and realized what that kind of payment would do to me -- especially every month.

Money worries in bipolar disorder can include:

And I'm sure there are many more money worries associated with bipolar disorder that I'm not even thinking of.

When I think about all the above and factor in the anxiety disorders of most of the people with bipolar disorder, it makes my head whiz.

And what everyone really needs to acknowledge is that for some people, they can either eat (or feed their children) or meet their mental health care costs. That's the reality of it: the choice is mental wellness or life-sustaining necessities.

But, all that being said, all hope is not lost. Money worries in bipolar don't have to haunt your every moment. See my next post for ways of fighting money stress with bipolar disorder.