Everyone Can Tell I Have Bipolar Disorder? 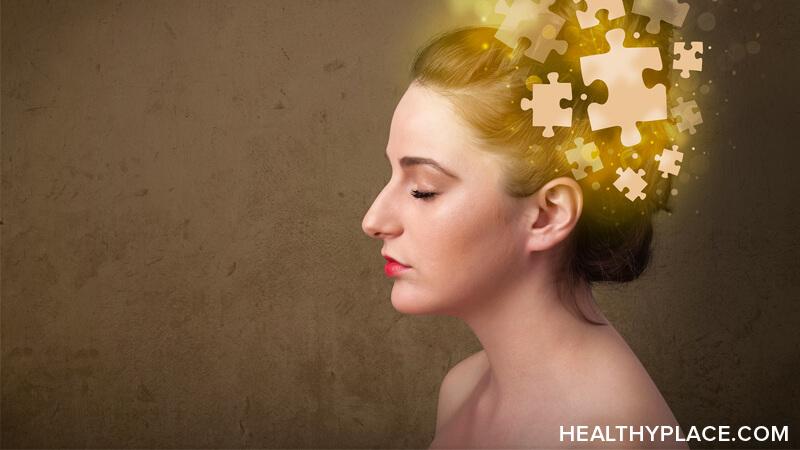 Everyone Can Tell I Have Bipolar Disorder?

When I was first diagnosed with bipolar disorder, I did feel like a certain stain had set upon my person. I did feel like some authority had confirmed that I was "crazy." And these things were the biggest things in the world.

And I think this is why it can feel like everyone can tell you have bipolar disorder. I think it feels like that because a bipolar diagnosis feels so big and heavy that it seems like everyone can see you carrying it. (Plus, there's the crazy thing. If you're crazy, can't everyone tell?)

And when you've been just diagnosed, having people know can seem really scary. People's reactions to that information can feel like the scariest thing in the world.

Really, though, in the end, it shouldn't matter if people know. For me, I offer up the information quite readily. Of course, I'm professionally bipolar, so it's different, but the point is, I come to the place where I don't care that people know that about it. How others react to that information isn't about me, it's about them. It takes time to come to this realization and internalize it, but it is true,

Now, don't get me wrong, there are many times when it's a good idea not to disclose bipolar disorder (telling people at work about your bipolar disorder may or may not be in your best interest, for example) but in general, it comes down to just another piece of information about you. In my case, I have red and purple hair. And I have bipolar disorder. Both things are a little unusual, but both are just bits of me and are perfectly okay to know and talk about.

Tags: everyone can tell you have bipolar disorder

APA Reference
Tracy, N. (2018, August 1). Everyone Can Tell I Have Bipolar Disorder?, HealthyPlace. Retrieved on 2021, May 6 from https://www.healthyplace.com/blogs/breakingbipolar/2018/8/everyone-can-tell-i-have-bipolar-disorder