I'm Not Thankful for Bipolar, and That's Okay 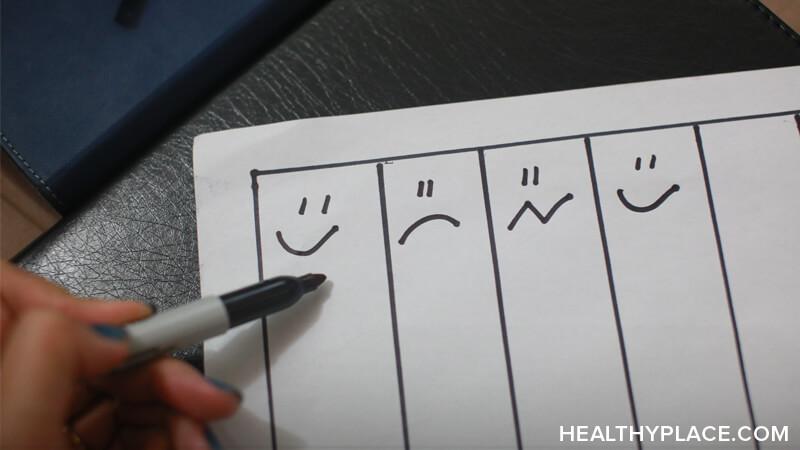 Could Someone Be Thankful for Bipolar Disorder?

Some people are thankful for bipolar disorder. I think being thankful for being saddled with a possibly-lethal, serious mental illness is just nutty, but I know some people do feel this way. People in this boat are usually those who like their mania/hypomania and find it enhances their creativity and/or other attributes they like. These people tend not to experience as much depression (proportionally) and are not as devastated by their bipolar symptoms.

I do not fit that mold at all.

Why I'm Not Thankful for Bipolar Disorder

I'm pretty much the opposite of that. I tend to predominantly experience depression, it devastates both me and my life, and while hypomania can increase certain things about me, I don't find it to be actually productive. I start many things but don't finish them. I'll produce things that are "brilliant" only to be looked at later and honestly be shown to be the rantings of a less-than-sane person.

People Get Mad When You Say You're Not Thankful for Bipolar

Some people have proven to me that taking this viewpoint is "unacceptable" to them. People feel it's overly negative to say what you're not thankful for. And some people will vehemently say that bipolar disorder is a gift, period. In my mind, hospital stays, suicide attempts, and ruined lives are not gifts.

It's Okay Not to Be Thankful for Bipolar Disorder

So, if someone tells you your view of bipolar disorder is wrong just because you admit to not being thankful for a serious mental illness, try to remember that it's their issue of not being able to deal with the cold, harsh reality that you really face. Because sometimes reality is cold and harsh and it's okay to say that. It's okay to admit that. Not everything is puppy dogs and rainbows. You do not have to act like Pollyanna. Not being thankful for bipolar disorder isn't a negative thing, it's just a thing. It's just a part of life. And it's okay.

APA Reference
Tracy, N. (2018, November 26). I'm Not Thankful for Bipolar, and That's Okay, HealthyPlace. Retrieved on 2022, May 24 from https://www.healthyplace.com/blogs/breakingbipolar/2018/11/im-not-thankful-for-bipolar-and-thats-okay

Effects of Anger in Bipolar Disorder
When Bipolar Wrecks Your Work Life -- Dos and Don'ts
Steven B. Uhrik
November, 27 2018 at 6:39 pm

Tracy,
During my childhood, I was abused by my father. Despite being a survivor, I have never felt "thankful" for being emotionally and physically abused!
I greatly suffered because of it. However, I am thankful I was tough enough to work on successfully healing myself with support from significant people in my life. Some might argue that the abuse "made" me tougher, but I was probably tough anyway. What I am thankful for is my self-made successful life. I make a point of practicing appreciation at least once every day, but never for the abuse I endured, its for the many positives I worked hard to earn.
Perhaps some would counter that my struggle "made" me more appreciative, but I went through a dark time when I was cynical and not very happy about most things. What made me heal was a strong personal sense of survival. I had friends who were also abused, but their lives were not happy then and still are not today.
If someone were to claim that they were "thankful" for personal hardship or abuse in their life, I would accept their self opinion; maybe that's what works for them, but I am honestly not grateful for having been"abused" anymore than you are for having Bipolar. Its ok to define the negatives in your life, but I believe we should also be appreciative of the positives as well.
Great article, as always!
Regards,
Steven

We're all dealt certain cards so to speak and we all handle those dealings in different ways. Nobody knows your personal relationship with bipolar better than you, and if taking a reality stance on it rather a positive/negative one is what's beneficial and supportive to you, then that's the choice you make! You are absolutely right in saying there is nothing wrong with not being thankful for bipolar. Just because some people find it helpful to take a positive spin and find gratitude doesn't mean that you have to, or that you're wrong for not doing so. We all heal and deal in our own ways.