Effects of Anger in Bipolar Disorder 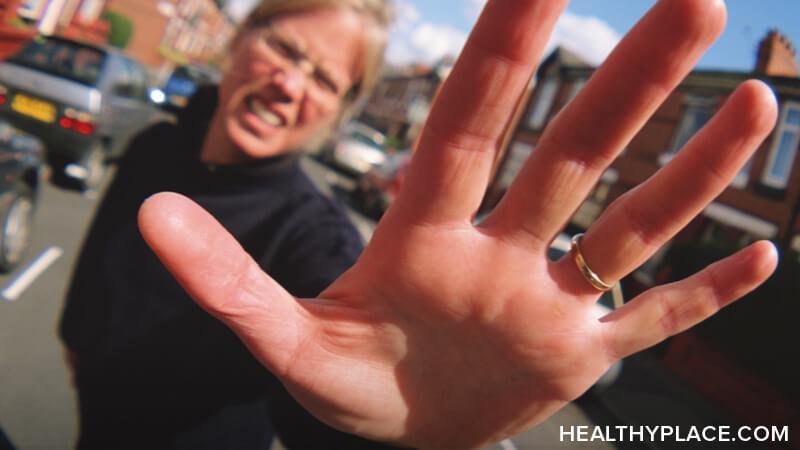 I've written before about bipolar disorder's effect on aggression and anger. In short, people with bipolar disorder show, statistically, more aggressive and angry behaviors than your average person. We experience more anger concurrent with mood state but also in general. We just do. While I know some people would like to deny this, this is what studies have found.

(It should be noted that anger/aggression is not a diagnostic symptom of bipolar disorder, the relationship I'm talking about is from relevant studies.1)

Effects of Anger in Bipolar Disorder

For those of us with bipolar disorder -- an affective (mood) disorder -- it should come as no surprise that anger also has effects on bipolar disorder. I know that if I'm extremely angry it definitely doesn't help my bipolar mood state. Anger, for example, can be a major build-up of negative energy and that energy can push me more to the hypomanic end of things.

On the other hand, if I'm already feeling depressed, major anger can have the effect of making me feel more depressed as I often turn that anger towards myself rather than dealing with whatever the situation was that made me angry in the first place. When I'm depressed, I just don't seem capable of handling the anger in a healthy way and for me, that results in more depression.

So thanks to these effects of anger on my bipolar disorder and my personal experience with anger, quite frankly, I'm terrified of anger in myself and others.

However, while being afraid of anger may be reasonable for me, it isn't exactly a coping skill.

And once you realize what your particular effects are, that will make dealing with them easier.

For example, if I know that when I'm depressed anger can make me more depressed, I can see that coming and that can help lessen the blow. It might not stop the effect totally (that might be asking a bit much) but it may reduce the impact.

Deal with Your Anger, Don't Run from It

And, of course, this assumes that you're processing your anger in a healthy way as well. While I know I have a tendency to run from anger, that's not typically helpful. Standing with your anger and dealing with it in a real way without hurting yourself or others is really important. Because if you don't do that, anger will just affect your bipolar more and more and that's the last thing that any of us needs.