Sometimes stress helps cause hypomania for me and lately I’ve been under a lot of stress. This stress just seems to up my anxiety more and more and more until eventually it morphs into a hypomania. And the hypomania sort of creeps up and doesn’t hit like a baseball bat. And last night, I found myself considering the hypomania symptoms I was seeing in myself and saying to myself, “this is not hypomania. It will be fine.” 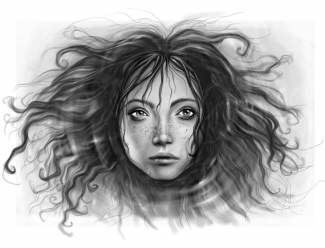 So, seriously, I found myself wanting to deny the hypomania symptoms and just write them off as something else. “It’s not really hypomania, I’m just energetic. I’m just productive. I’m just chatty.”

Now, it occurs to me that denying the symptoms of hypomania (or anything) doesn’t actually make it go away. It’s interesting, though, how natural denial is when you really don’t want to see what is there.

Facing Up to Hypomania Fear

But in the end, of course, I saw the hypomanic symptoms for what they were and faced them head on. That’s all you can do. Denial, as always, will make you worse, not better. And because I faced my hypomania and handled the hypomania, I was able to curb it to some degree and thus the resultant depression.

Because while I think it’s normal to be scared of any mental illness symptom (most of them really suck) I think we have to be stronger than the fear. I have to stand up, face reality and deal with it as best we can. It’s the only way to get a toehold on bipolar or maybe even, something more.

Being a People Pleaser Because of Bipolar
Bipolar Depression – When Will I Feel Better?
Shelby
September, 4 2015 at 1:08 am

I am late to the party but after 18 months in the darkness, my hypomania has arrived with a vengeance. I normally look forward to being a little manic, especially after the longest bout with suicidal ideation I have ever had to bear but this episode is an SOB. I am really angry and impatient. It is going to take a lot of effort to keep from reading the riot act to my managers and losing my job.

I keep telling myself I have it under control but it does creep up and then I upset that I didn't see it coming. It's worse at night. I want to talk with my husband but he's sleeping and I have trouble falling asleep.