Bipolar Disorder Functioning: If I Stop, I Won’t Start Again 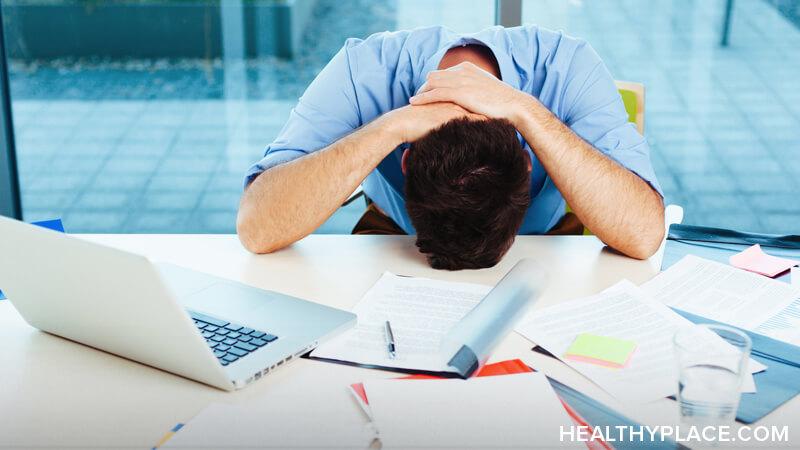 I’m like a car that was just jump-started. The battery is dead and although the engine has started running, if it stops now, it won’t be able to start again. I’ve had moments after a jump-start when I feel really worried that I’ll pop the clutch and be stuck in an intersection with an unmovable car.

I Jump Start Bipolar Functioning in the Morning

So I sit down on my couch or at my desk and go. And go. And go. It’s a sprint for me. I try to get as much work done as humanly possible during the time I’m functional. Because I know that functional time won’t last forever. I know it will be achingly short. So I sprint while my brain is working.

It really the oddest thing. I can work and work and work if I never move. But then, really, the second I stop working and move, I just can’t start again. When I get up, I just become a bundle of bipolar symptoms. Bipolar disorder functionality goes out the window and I can’t do anything.

Handling the Seizing of Bipolar Functionality

I’m pretty sure the answer to this is not never to move again. I mean, that might be effective, but it seems a bit unworkable.

I think the only way to handle this problem is to work in fits and starts. Work. Stop working and feel pain. Rest. And then try to start working again. The key step in there is to rest. If I just feel the pain and try to power through it, this doesn’t seem to work. What seems to be necessary is a stint of self-care before trying to work again.

Unfortunately, even this doesn’t always work. Sometimes I really just can’t start working again no matter what I do. In these situations, there is only one solution: to forgive myself. I have to bow to the bipolar disorder and realize that bipolar disorder affects my functionality deleteriously and I have to just admit that and not beat myself up about it. I have to treat myself, my disabled self, gently. It’s something I tell other people to do all the time. But, of course, it’s always easier said than done. But just for today, no matter what bipolar disorder does to my functionality, I’m going to work with it and not beat myself up about not being able to produce like a non-disabled person. I’m going to take my own advice.

Thank you, Natasha! I tend to avoid the BP sites and forums (triggers), but was fortunate to come across your article this morning. Strange thing with this illness, it has a way of hiding/disguising itself. Often Ive wondered, is this me or is it BP? I've been beating myself up for being lazy, although the lack of motivation feels much stronger than a common character flaw.

I was reading Facebook comments, and I think it’s important to recognize that what works for one does not work for all. Thank you for sharing your experiences Natasha.

There is a significant comfort in your story. I struggle with this every day, then beat myself up for not getting anything accomplished. That in turn creates greater anxiety, and the physical pain that accompanies that anxiety. I'm going to try self-forgiveness as self-medication.

Hey Natasha, just relax hun. I used to mix with able-bodied people and they would give me a hard time over not being appreciable. That was of course during 8 years of my life when I had been put on an injection that rendered me an invalid. I had to then totally reverse the iatragenic damage and heal my body while people were dispensing all kinds of "social expectations" - while I could barely make it to the kitchen sink or water plants. Just do what you can and don't allow these able bodied people to demean you or expect you to live up to impossible standards. I reversed health disease profiles which had no medical cure and still got no credit just a barrage of more expectations. Mixing with able bodied folk can really stretch the limit of your patience. Don't try and live up to their inflexible demands. Be an achiever by all means Natasha - you are a great leader and someone who inspires action but why should you feel like you need to measure up? Some days I just wish to tell these dimwitted and discompassionate people to go jump. I now live alone on my terms and don't allow peoples dictates to bend my will and make me a toy for their unwavering judgements and condemnations. Just do what you can. There will always be people in our community that will try and enforce peer based conformity - the type of actions that dictate that you be passive, listless and non productive. I know I have given up on my family. My brother uses stonewalling and a range of abuse tactics to try and get me to tow the line in a misguided sense of duty and pernicious obligation. I love your articles and think you are great but even you have to put up with this load of codswabble behaviours and deeming jurisdictions. When are they going to "get it" that we are the deserving poor? I used to study commerce at uni before I had my breakdown. I studied until 11pm at night, swam every morning at 6am and walked everywhere, held down jobs and was one of the rare minority that was rewarded with a graduation certificate. Enough is enough. We should come up with a sickness in the DSM called Compassion Deficit Disorder and put the whole of society in a nice box and subject them to the same rigors of non-compliance with conflated social and work demands and all the rest. Needless to say my family walked out on me and I have not been socially engaged with people at all. But I have my life on my terms within my own range of ability and I refuse to pander to the demands of able bodied people who try to drill me and use all kinds of abusive psychological tactics such as isolating behaviours to make me feel guilty for something that is not my fault. I am no longer trying to plea bargain with anyone. If they don't like it they know where the door is....bye bye!

Thank you for this! I'm right there with you. I have to roll out of bed in the morning, grab coffee and get straight to work. I power through as much as possible in the few short hours I can before it all starts to unravel. When it's a good day I can find momentum again at some point or just power through. When it's a bad day I have to just forgive myself and accept the break.