These days my functionality, and bipolar pain level, is fairly predictable. When I wake up, I feel pretty crummy. Slowly, as the coffee hits my system, I feel a little better and become more functional. That functionality, though, only lasts for a few hour before the bipolar pain comes raging in and I find myself too depressed, in too much pain, or too anxious to do much of anything.

In other words, midday, I know that bipolar pain is on its way. I know it’s coming. I am anticipating my bipolar pain.

But how do you handle it when you know that bipolar pain is on its way?

Often, bipolar moods, and bipolar pain, is random. You never know when it’s going to hit you. You just wake up one morning and find yourself in a depression (or a developing depression) or in a hypo/mania. It’s a darn because you can’t really plan for it in any real way. You have big plans that day? Too bad for you; the bipolar just decided to take over.

On the other hand, my bipolar pain happens to follow a daily schedule. Sure, sometimes it shows up early (and very rarely, late) but, in general, I know it’s coming. And, perhaps, most frustratingly, I know that there’s nothing I can do to stop it (believe me, I’ve tried). 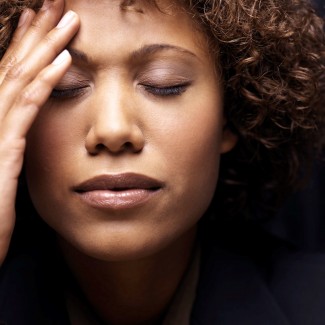 Now some would argue that you should never anticipate pain because, essentially, you are creating dis-ease by anticipating that pain and the anticipation can be worse than even the pain itself. People who are ardent about mindfulness may feel this way. Live in the moment, they say. Don’t think about what’s going to happen.

I say balderdash. If all we did was live in the moment, we’d never pay a bill, put on sunscreen or set up a recording on our DVR. We do things that anticipate the future every moment of the day and if we didn’t, we’d all end up in very bad places.

Why Anticipating Bipolar Pain is Good

I do agree that anticipating bipolar pain sucks, but I also think it’s useful. Because I can see the bipolar pain coming, I can plan around it. Don’t get me wrong, I despise that it’s there and I despise that I have to take it into account – but I do. Or, at least, I do if I want to maximize my functionality.

So, obviously, for me, I work in the mornings. I don’t let a minute of my early time escape because I know that, come the afternoon, I’m going to be useless. And then, I plan on only doing tiny things, or nothing at all, in the afternoon. I know that, for me, lying on the couch with my two cats is the best thing I can do with substantial amounts of bipolar pain and so that is how I tend to spend my afternoons.

I also anticipate bipolar pain in relation to certain circumstances – such as due to jet lag or a large event. I plan on being nonfunctional during those times.

And while some people wouldn’t like that technique because it doesn’t personify mindfulness, I find it helpful because it allows me to take control of my own life. True, I hate having to do it, but just walking willy-nilly into a brick wall of bipolar pain at random is much worse.

To me it shows humility. The fact you have realised there is nothing you can do but use different coping techniques and living your life around the illness rather then allowing it to destroy you.
This shows much more strength then most people realise as you know your limitations and work with them.

That is one of the dialectics in life: mindfulness vs anticipation. Living in the present vs. planning. Both are necessary, yet opposing.

I really liked your article about bipolar pain. For me it hits me early in the morning with "not another boring day". That is when I got to put all my skills of dealing with my illness up because that is when I will do irrational actions.
Thanks for the article

I really enjoyed the article. Ive been struggling with my depressive moods a lot lately but it's hard for me to predict when most of them are coming. the mornings are easy for me to anticipate (I have very much the same coffee reaction as you) but after lunch until i fall asleep are usually a mystery to me.
For anyone that wants to read up on any literature related to bipolar disorder, i highly suggest bipolarbiopsy.com. the bipolar library has several books that are worth reading and help me pass the time in some of my depressive states (though I can't sit still long enough to read in my manic states....that's when exercise comes in handy!).

Natasha, thanks for this article. I have found that my energy comes in waves, as well. But, I'm finding that what I'm eating during the day has a profound effect on my energy level. If I eat protein four times a day, with veggies and fruit, I tend to have less waves. I do a lot of smoothies because I can prepare the ingredients when I have a lot of energy and have them ready when I'm depressed and there is "nothing to eat". Protein bars and plain old peanut butter and toast are great go-tos. Also, taking gluten out of my diet altogether and trying to stay away from sugar has helped. Keep writing; love your articles! Thank you!

Thank you so much for this. It helps to know that someone truly understands what I'm going through. It's as if you were telling the story of my life, of my daily struggles with bipolar pain. nice to have a place to go now where others relate.

While it is true that there are many things we have to do in our day to day lives to get by, it is also important to take some time to try to live in the moment. If we are continually thinking about what will happen in the future or what happened in the past, we can get really stuck. A really important part of having bipolar is the faulty mental thought patterns that go along with this illness. I often find myself "borrowing trouble", worrying about things over which I have no control. This is not helpful and is something to keep in mind.

Brilliant article! On the point with everything. This is the reality of loving with bipolar. Love the honesty - rubbish about the mindfulness assumptions. One size doesn't and cannot fit all.