The Negativity Around the DSM-5 - Video

In May, the new Diagnostic and Statistical Manual of Mental Disorders (DSM-5) is being released. This is the book that contains all the diagnostic criteria for mental illnesses.

And there has been lots of public debate around this update. Primarily the feedback on the changes has been negative.

Video on the DSM-5 Changes and the Negative Feedback 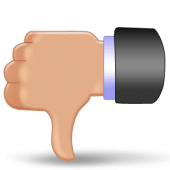 In this video, I talk about the negativity around the DSM-5. I’m curious as to whether any update would truly satisfy the psychiatric community. I have to think all the negativity is, at least partially, a knee-jerk reaction to change.

It's not just the change that matters, but the reason behind it.

In this video, I discuss the bereavement exclusion in the DSM-5 and ask the people who don't like the DSM-5 changes an important question.

Do I Have to Tell People I Have Bipolar?
Unhealthily Reacting to How You Wish the Situation Was
steven
March, 30 2013 at 11:17 am

Natasha,
Oliver in the background actually made me watch the video several times. My daughter loves the name Penelope. After I told her their names; now I have to try to convince her that we don't need another cat.
I am concerned about what my diagnosis will be after the new DSM is released. I hope the "labels" don't change too much. I am concerned about having a new one added "suicidal behavior disorder". I have enough labels, not including the ones that the general public would use to describe me.

Hi Steven,
That's cute. :)
I actually have two cats. The one you hear in the video is Oliver - he's mostly orange with a little white. He's a manx. My other is Penelope and she's a black and white tabby.
Thanks for asking. Hope it doesn't detract from the video too much.
- Natasha

Natasha, not sure if you will see this post. But when my daughter watched the video with me and heard your cat she asked me if I had told you my daughter's cat's name. It is mostly white and a little overweight, so it made sense to me when she named it polar bear. Since it was a kitten that she picked out at a shelter this cat will jump into her lap, purr for a few minutes then attack her hand. It wasn't until she had the cat for several months that she told me she named it polar bear because it obviously was bipolar like me. She asked me what your cat's name was and I told her that I didn't know.

With all due respect, I don't agree with the bereavement change. There is a quote which I believe is in Andrew Solomon's book "Noonday's Demon" (my apologies if this is the wrong source and I know I am not quoting it exactly). A person being interviewed said, "I was so glad when my dad died I grieved normally". I know EXACTLY what they meant, I think. When last June I found out that my father had dementia and had lost some significant skills, I went very rapidly into the most severe depression that I had been in in years. Yes, I was grieving, but a lot of people who have had many severe depressive episodes, like myself, can tell the difference between grieving and a depression. This was a very severe depression, and if someone had suggested that we had to wait 2 months to call it that... it would have been ridiculous. That said, YES, grief is normal and can take a long time, and there is a fine line between normal grief and illness. I hope when my parents die that I just get grief; I can handle that.

Good info, Natasha. Yes, we need cats. Puppies would send the viewership sky high.
Is anyone ever really happy about the DSM in general? I mean, it's not exactly easy to figure this stuff out.

I agree with you, I am not sure what all the fuss is about. I just know that my therapist told me that she will have to redo the codes for my diagnosis. The numbers or labels don't really mean that much to me as long as I get the meds and therapy that I need to have my mood stay as stable as possible. I love hearing your cats in the background. I take it they don't like the DSM-5 because you made a video about it and they didn't even get a cameo appearance. LOL.