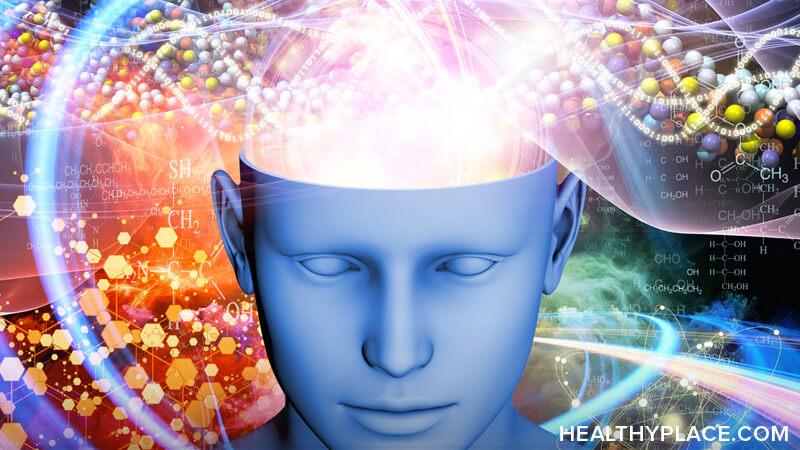 I know it sounds crazy to think that your thoughts aren't necessarily real, but it's true. We all have thoughts that make perfect sense given the scenario, yet many of us also have thoughts that do not make sense at all, given what's going on around us. Both of these things are okay, though, because your thoughts aren't real, as in, every single thought does not reflect reality. Many of them reflect our psychology more than anything else.

For example, I post videos on YouTube. This is a harrowing experience that naturally brings about many insults. Many of these insults are personal in nature. So, let's say I post a video, and someone leaves the comment, "If I take bipolar medication will I be fat like you?"

Each of the above three people is driven by their thoughts about the situation, but they're reacting differently, feeling differently, and thinking differently because of who they are. No one thought pattern is more real or true than another. They're all real to the person at the time.

For more about thoughts not being real, watch this video:

Why Does It Matter that You're Thoughts Aren't Real?

It's actually really important to remember that your thoughts aren't real because that idea can help you manage your thoughts when they are distressing or unhealthy.

For example, if a person who self-harms thinks, "I must harm myself now. It's the only way to deal with this situation."

That is a genuine thought. However, it's also a very distressing one that suggests a very unhealthy action. If the person who thinks that thought believes everything they think, then they may just harm themselves as they feel they have "no choice." But of course, they do have a choice. They can step back, look at their thought, see if for what it is -- neurons firing, not the "truth" -- and then choose the action they want to take, such as calling a helpline.

This is why I always go on about the brain versus the mind. The brain is an organ, and it spits out data all day long. It's your mind's job to decide what to do with that data.

So the next time you're thinking something that is causing you distress, remember, just because you think it, that doesn't make it true. Your thoughts aren't real.

I love this perspective. I appreciate you for sharing this insight, Natasha.

Hi Lizanne,
Thanks for the kind comment.
-- Natasha Tracy