Bipolar and the Pressure to Get Better

Hi. My name is Natasha and I have bipolar disorder. In fact, I have had bipolar disorder for at least 14 years. And many of those years I spent not really getting better.

Much to the chagrin of the doctors and those around me. After all, if I was taking pills, seeing a psychiatrist and psychologist, shouldn’t my wellness be just around the corner?

Sometimes I felt pressured to just say “yes, I’m feeling better,” when that wasn’t the truth of the matter at all.

Doctors, maybe psychiatrists more than general practitioners, have an interest in your getting better. They have several, actually. It is their job to improve your condition and not being able to do so is professional failure on their part. Moreover, it’s always an egotistical failure when you don’t succeed at your job. 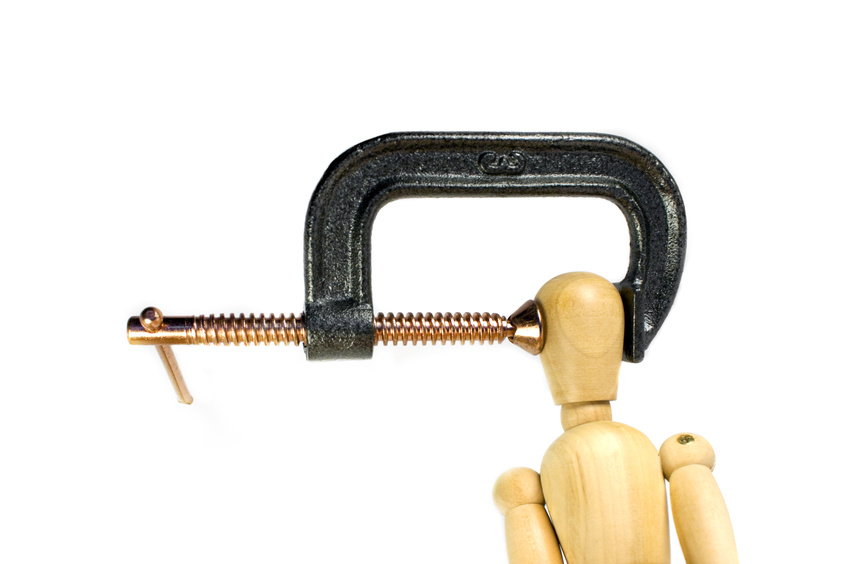 So when sitting in front of a psychiatrist, for the 12th week in a row, or the 6th month in a row, and he asks, “So, how are you doing?” it’s really tough to say, “I’m the same. I’m not getting any better.”

After a while, you start to feel this incredible pressure to just get better already. Show some improvement. Join the pudgy part of the bell-curve. Anything so you just don’t have to see the disappointment in the eyes of your doctor when you report that again, you are not feeling better.

And the same thing happens with family – only maybe more so, because they don’t have their profession on the line, they have their heart and it’s heart-rending to see someone you love sick week after week and month after month. And it’s devastating to see the pain in their eyes when you tell them that your illness is “the same.”

Then at some point you start to feel the pressure exerted from yourself. Why aren’t you getting any better? What’s wrong with you that you’re not improving? Everyone else is doing their job; why can’t you do yours?

But the truth is, treatment takes as long as it takes, and positive movement only comes when it comes. It can actually take years to find medication that will work for you. Bipolar can be hard to treat. It can take time. It can take a very long time.

So try to adjust your expectations and realize that you’re working as hard as you can, so is your psychiatrist, so is your psychologist and so might be your family. And all that might not being enough – right now. But you need to have faith that it will all come together eventually. You just don’t know when eventually is.

And consider this. In science, a negative result (treatment failure) is still considered positive because it crosses one of the options off the list. So you tried lithium for six months with no result? Good! That means you know it doesn’t work for you and now you can move on to something that might.

So really there is no pressure because you’re just delivering the test results needed to take the next step. And while I know everyone would like to be better now, it’s important to realize that treatment is effective in its own time and you’re not responsible for shoving a round treatment into a square disorder.

APA Reference
Tracy, N. (2012, July 30). Bipolar and the Pressure to Get Better, HealthyPlace. Retrieved on 2023, February 8 from https://www.healthyplace.com/blogs/breakingbipolar/2012/07/bipolar-pressure-get-better

This topic is so timely for me. I've been on medication since Dec 26, 2011. While the mania has levelled out the depression has gotten progressively worse. The hormones (I'm in menopause), the season (experiencing the winter blues), rumours of downsizing this year (I've never been unemployed since I left home in 1980), lack of a support system (socially isolated), deeply in debt (over $10,000 owing on visa), etc. At work I feel energized but when I get home I am deeply depressed and nothing really gets done, especially on the weekend. All I do is hibernate and sleep the weekends and evenings away in my little cave. I have no motivation to do ANYTHING else. My life feels empty. It lacks purpose and meaning. I should feel better by now but I'm afraid to tell my psychiatrist the truth. I don't want to change or increase my medication in case it interferes with my ability to work. I derive most, if not all my self esteem from it. How does one get one's self out of this type of black hole? Is it possible to separate bipolar depression (biological) from regular depression (environmental). From what I've read most bipolar medication focuses primarily on mania. I don't want to get to the point where I am involuntarily committed to hospital again. In the past everyone I reached out to EAP, family, GP had me committed. I'm too scared to do that again. Any other suggestions?

My doctor told me there was no hope for me. Thanks doc. I'm an extremely difficult case.
Lithium makes me into a pod person, "so quiet" according to my husband. Antipsychotics loop me out and I never shut up. Where am I in this process? Depressed is where I am and my shrink wi not give me an antidepressant because I'm a rapid cycler.
Bipolar: BAD

Such a great post- My consultant is forcing me off ward,judging me to be not acute enough to be in hospital. I lost my home and job eight weeks ago and have nowhere to go!I hide my symptoms from friends as they don't understand that it's a very slow process to recovery( after an overdose three weeks ago).....
This site is a new discovery for me and I'd like to say thanks for such great input which Is inspiring me to take my time and not be afraid to speak up to doctors etc...

I just wish people (family/friends/the dude at the cash register of Target) would at least show some empathy. I realize now that maybe there was a purpose for me to alienate friends: I was doing them a favor. Understanding BP is like me knowing the innards of a car engine if I'm not a mechanic. I need people in my life who know my triggers and know I can't simply "pull up my bootstraps" and fight it alone.

Hi Gracie,
You're welcome, of course :) I'm honoured you can relate to my work. Feel free to comment any time and link with me on a social network (links below the article) if you like.
Happy to help.
- Natasha

I can't believe I found your blog. I have been searching for the truth about bpd for a long time and finally hit the mother load. I can relate 100%. Thanks so much for this blog!

[...] Bipolar and the Pressure to Get Better Hi. My name is Natasha and I have bipolar disorder. In fact, I have had bipolar disorder for at least 14 years. And many of those years I spent not really getti [...]

I most certainly agree. Bipolar is a never ending course of treatment. I was FINALLY diagnosed at 40 years of age. Such a waste of life. I've been blessed with support of family. Told others I had depression. Lost many friends. I have had treatment for 12 years. The last two have been beneficial. I worked 12 years and most likely will work the rest of my life.
The past two years have been good. The right mix of meds FINALLY came my way! It's all worth it now! I pray the meds continue to work for me. But I realize and accept this may not be forever. I'd like all to know, Sometimes all the struggles and pain are worth the fight. So glad I'm still here to say that. I have been fortunate with insurance and psychiatric care. A must. Only now, I can pray for others as I thank got for my continued recovery. Long struggle, YES. Worth it now? OH YES!

i mostly feel pressure to get better from my family. to a person, when i have asked "would you rather see me depressed or manic"..they reply "depressed". they do not realize what effort it takes just to stay alive when i am depressed. they would rather see me depressed because i sit in a chair,speak only when spoken to,and in one word responses and i am no trouble to anybody. when i am even just hypomanic, i respond tearfully and angrily when i am stressed by triggers. manic is a whole other story. thankfully my meds prevent mania for the past several years and my therapist helps prevent depression,,the most recent of which lasted 2 yrs.w/o relief from ECT and numerous trials of anti-depressants. if i could only get my family to become as educated about bp as i am..they refuse to accept that a stable mood is most likely NOT a permanent state for bp people.

one day i am feeling better then i go ten or more days of no sleep . i want to run into trafic or something

I was "better" for about 10 years....then boom right back to sick and crazy, worse than the time before. The drugs aren't helping, or they help for a month then stop, talking to a therapist isn't helping except in giving me an ally in threatening (to me -- some history there) environments like the hospital. When I research for different treatments (and co-occurring disorders), therapist is threatened, then says he's in over his head and maybe the other people I've called will be better prepared to help me. In the hospital and partial-hospital there is TREMENDOUS pressure to get better -- NOW: tomorrow or the next day when the insurance runs out and we're kicking you out. What eats at me the most about not getting better is feeling like my husband is getting way more than he bargained for in terms of illness from me -- he doesn't say or feel this but I feel very guilty about it. Makes me feel so selfish. But you are so right about the nature of the illness and the way that it will take the course it will take, and you are doing all you can to hasten it. It's not your fault. Like AA says: What other people think about me is their problem.