The criteria for mania or hypomania is virtually identical but with mania being, “sufficient to cause impairment at work or danger to the patient or others.” Mania can also contain psychosis whereas hypomania does not.

These “up” moods may contain: 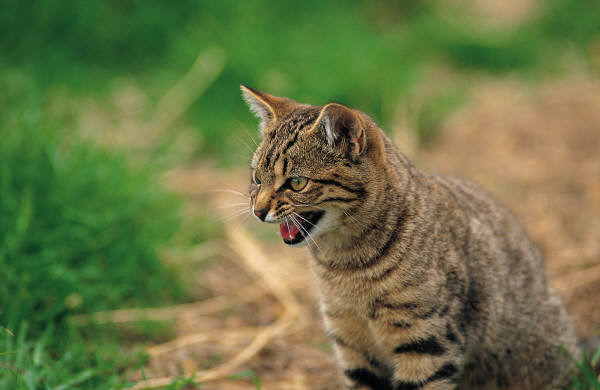 I know, being irritated doesn’t sound that bad. It sort of sounds like what happens when a fly lands in your soup. But clinical irritability isn’t this. Clinical irritability is more like a grinding and gnashing of teeth to the point where you’re sure that ripping off the waiter’s head is the only reasonable recourse for his annoying allowing of a fly in the presence in your soup.

Irritability is not a small thing and it is not a fun time (for the person suffering it or those around them).

Irritability is not Happiness

And given this explanation, people normally wouldn’t confuse irritability with happiness and thus, hypomania shouldn’t be confused with happiness either. While some people enjoy the times they spend hypomanic, or often less so, manic, many do not. And even hypomania can be just as destructive on lives and relationships as mania or depression.

Many thanks to all the good Comments, especially wen is not easy for you but to know that is ok to get help if only you know you need it ,and sad to wait till you are 50 wen you already wasted 20,25 years of your Life, and made others life Miserable.

Whilst I agree that the blanket statement "Hypomania is always fun" is inaccurate, the reverse is just as false. The times I spent hypomanic were without a shadow of a doubt the happiest of my life. I have experienced pretty much every drug under the sun, but they all pale in comparison to the glorious euphoria of hypomania that I had every single day. Of course, there were downsides, but did I care at the time? Hell no. Happy is a huge understatement when it came to my hypomania, euphoria almost seems underplaying it. It was godly. So don't put out that hypomania isn't a subjectively good time just because you may get the irritabile side to it.

So glad you posted - I used to have focused, high-energy hypo manias where I wrote a lot. Now all my hypomanias are irritable, and I feel like I've been cheated out of something. I hate moving through the world most of the time, except when I'm baseline, which is really rare.

First, Hello.
I am responding to 'I’ve never had “highs”, meaning I don’t usually felt elated and happy in excess.' THAT is a HUGE part of 'bipolar II'-the 'swings'.
I, MYSELF, thought the same thing-mostly just depression. What the hell am I doing crying watching some movie and why the hell can't I get out of bed?! I never associated the manic parts of my life as anything other than 'GOODTIMES!' :-)
It wasn't until they put me on some meds that really messed me up did the subject of bipolar come up and it took a lot of introspection to realize that YES, I did have those 'manic' periods but for me they were great times and I never associated them as anything other than 'that's just life'and they weren't as frequent as the 'lows'.
I don't know how old you are but I wasn't diagnosed till I was almost 50 so I missed out on a lot of experiences that I could have had were I correctly diagnosed in my youth. It is a great source of sorrow- the 'if only' scenarios. I can now look back, with hindsight, and see all the options and choices that were askew and the missed opportunities for a grander life than the 'existence' I am now shackled to.
I beg you to look through your life, CAREFULLY, and see if there were not, indeed, these times of unbelievable happiness , joy and energy.
I don't think I could have recognized any of them when I was young.
All the best to you.

Again, thank you. This issue was another hesitation for me in pursuing the idea that I might have a bipolar disorder. I've never had "highs", meaning I don't usually felt elated and happy in excess. But oh, in the past, I've had some SERIOUS issues with irritability. Something as simple as dropping my pencil or pen caused me to be so angry that hurting someone seemed perfectly justified and would cause me no remorse at all. I used to get so angry when driving that I would challenge any cops around me (thankfully only from within the safety of my car and not outwardly) - "Come one, I DARE you to pull me over. Come on!" What I planned to do if they did pull me over, I had no idea.
My question for you is this: As angry as I've gotten in the past, there's always been some kind of check in my mind that stops me before I do anything really stupid. For instance, one time I walked in the door of my apartment, spilled the coffee I was carrying, and just went completely mad, throwing things and breaking things. But before I could cause too much damage, some thought in my mind reminded me that not only would I have to clean all this stuff up, but the more stuff I break, the more stuff I have to buy again. It was just a really practical voice, and it stopped me. I spent the rest of the night curled up in the fetal position on the couch trying to calm myself down.
Is this mental "check" normal for someone with a bipolar disorder? Does this relate to your other post about being "high-functioning"?
I'm so thankful for your site! It's always nice to know that one is not alone!

Hi Emily,
Yes, at that time we weren't aware of the effect antidepressants could have on people with bipolar disorder. Too bad your doctor made light of something that can be so serious.
- Natasha Tracy

I was put on Prozac when it first came out (which tells you how old I am), because I was having too many side effects from Amytryptaline. My psychiatrist at the time told me that Prozac had a pleasant side effect called hypomania that she would love to have. Little did we know that I would eventually be diagnosed with bipolar. And my manias would be anything but pleasant. It seems a little ironic.

That said, today I am so annoyed at everything that I feel like my hair is standing on end from sheer force of temperament. (Nice description, yours, about wanting to snap simply b/c people engage in gas exchange.) But if my lithium dosage is increased the "mild cognitive deficit" level will move me from scatterbrained to harebrained, which doesn't work so well when you teach school. Nothing will redress this state except time and chocolate. However, both work against irritability. Eventually.

Hi Amanda,
Thanks. No doubt bipolar can be hard to diagnose, I'm sorry it took you so long. It sounds like your experience is a pretty good motivator to stay on your medication alright. I hope the new diagnosis and proper medication has turned things around for you.
Thanks for your comment.
- Natasha

Hi Dorothy,
Well, as they say, knowledge is power and you certainly learned that with this one! It's amazing how just one piece of knowledge can change so much about our own experience and they way we deal with our illness.
- Natasha

Hi Cindyaka,
No, I don't think the opposite of depression being happiness is a media thing, I think it's mostly just intuition. It just _seems_ like it should be right. I'd blame the media for lots of stuff, but not for that one.
- Natasha

Hi Andrea,
Yeah, I know that feeling of realizing you were driving the people around you crazy. It's an odd realization.
I agree that the "ups" are quite avoidable - research would seem to agree. It's the pesky downs that medication isn't nearly as good at (not that everyone has that trouble).
I hope your new medication works out for you.
- Natasha

This article soooo needed to be written! So glad it was you who wrote it :-)
Although I had been receiving mental health care since my late teens, had been given a million different antidepressants some of which worked all of which eventually failed, it was only when I was 20 years sober, 45 years old, hospitalized and actively suicidal that I was accurately diagnosed with bipolar. Why did it take so long? I think because all my hypo-manic episodes were dysphoric mania. Dysphoric mania is where the mood is depressed but the energy behind it is in overdrive...kinda like depression on steroids. I wasn't irritable, I was a b%^ch on wheels. I didn't feel like I didn't need sleep, I just couldn't stay asleep. I would have given anything to sleep. I wasn't productive. My racing thoughts ,rather than telling me I was wonderful, told me I was a piece of crap and deserved all the pain I was experiencing. I got fired from a job-the first time in my life- because I couldn't keep track of where I was (as a musician we have to count the measures of rest but I couldn't remember if I was on measure three or measure eight). I was unable to make any decisions not even simple ones like what pair of socks to put on. I couldn't stop crying and I couldn't stop saying horrible things to the people I loved most in my life. I lost everything that meant anything to me during that episode including my son. That reality is what keeps me taking my mood stabilizers.
A funny note---when I was finally diagnosed my mother said, "Oh thank God! I thought you hated me!!"
Mania is DEFINITELY no fun.

Not until a dozen years after my diagnosis did I learn about the association between irritability and hypomania. Knowing where it comes from has been a huge break, b/c instead of feeling like I must be an incredible bitch, I understand where the attitude comes from. And I know it will pass, once I push the lithium. Thank you, Dr M, cluing me in on this.

I definitely have irritability when I am manic and also when depressed. It's not fun or happy for anyone, especially those close to me.I turn into a screaming witch.It also makes it hard to tell which direction I'm going in.
Do you think that the perception of happiness as the polar of depression is an idea generated by the media?

I was diagnosed when I was 19 and now I am 42. I have noticed, that when I was younger, and knew less about happiness, I used to mistake hypomania for happiness, but, looking back, I know I was driving people around me crazy. Now I know that it is definitely not happiness, and, especially when I am escalating into fullblown mania, intense irritability comes into play. With proper medication, hypomania should be mostly avoidable. I last had it when my lithium level was thrown off because of over hydration. Switching to another primary medication now - Saphris.