Bipolar and a Broken Identity 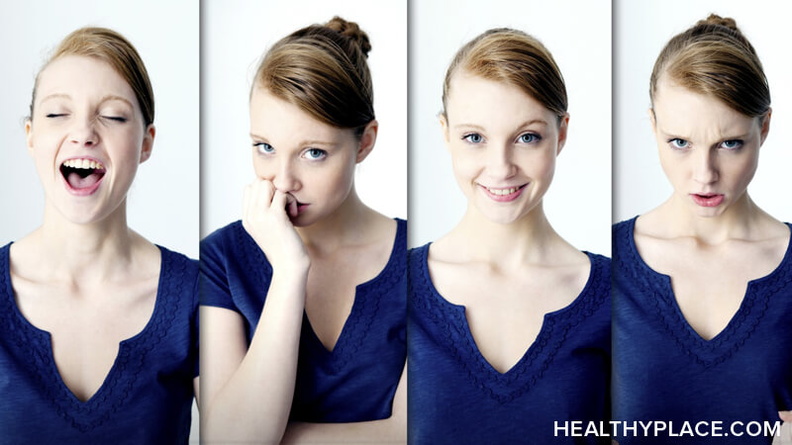 There is a persistent myth that having bipolar disorder means you have a “broken identity,” or even, “split personality.” I would imagine the term “manic depression” (an older term for bipolar disorder) conjures up these images for some people. But I’m here to tell you, my identity is just fine as is my personality.

I’m not sure where this term originated but it seems most closely tied to schizophrenia (which is not a split personality) and less so bipolar disorder. (The term is also given, perhaps more accurately, to dissociative identity disorder but that is a broader topic than this article has space for.)

Wikipedia gives the example of a split personality as Dr. Jekyll and Mr. Hyde. And I think everyone who has ever met me can tell you I am nothing like that.

True, a person in mania and the same person depressed may seem different but a split personality? No. Their personality is the same, only their mood has changed (however profoundly). 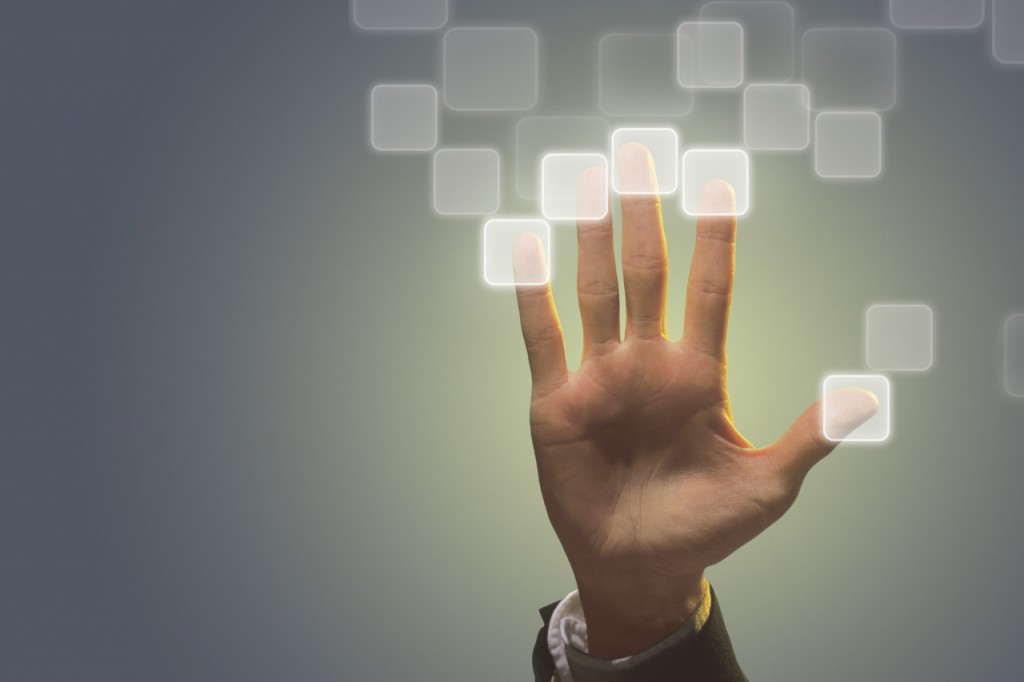 It’s quite possible to suffer from a broken identity and to “not know who you are.” This often happens after a major life change, like a divorce, when what you’ve identified with – being a spouse – has been removed from your life. It’s natural to have a period of finding yourself during these types of life changes.

But bipolar disorder is not a broken identity. I know I like chocolate ice cream over vanilla and that’s not really in question.

This is not to suggest you can’t have an identity crisis and a mood disorder at the same time, because of course you can. For example, when you first are diagnosed with a serious mental illness, that might be a natural time to re-evaluate your identity in light of this new, fairly Earth-shattering, information. However, this is not something that is part of bipolar disorder, but it may be part of your life, for a time, alongside the mood disorder.

For me, I’ve lived with bipolar disorder for so long that is has become part of my identity but this doesn’t mean I’m broken any more than a person with a seizure disorder who comes to accept epilepsy as part of their life is broken. I’m just a person. With bipolar. Bipolar is part of my identity. I wish it weren’t. But it is. But I’m not broken. I’m just a person wobbling around trying to figure out things as best I can – like everyone else.

Hi Samantha,
If you feel like you have been different for the past three years, do you know what changed at that time? Did your illness get worse? Did you change medications? Was there a major life event? Or is this simply a new insight you have developed?
I think it is "normal" to feel lost when serious mood episodes take over. I think it's hard to remember who you are when you are severely depressed or manic. I would say, then, that if your illness got much worse 3 years ago, that would explain it, or that this is simply a sign of a worsening illness.
I also understand how draining being with moods can be. It feels like the last thing in the world you want to do is figure out who you are because you're spending all your time and energy just staying alive. Believe me, I get that. Again, maybe that is a worsening illness episode.
So, I guess there are two possibilities in my mind:
1. You need a change in treatment. What you have now isn't working and what you're describing is evidence of that.
2. You've suffered a life change or change of self that is best explored with a professional through therapy. We all lose our way sometimes and sometimes another person can help us find it.
Either way, it certainly can be confusing and difficult but you can work through it. Now that you've spotted the problem, you have a much better chance at finding a solution.
- Natasha

This worries me a bit. Sometimes I feel so broken from reality I become detached from who I am, as if I never new who I was or if I exist as I think I do. When I feel somewhat normal or close to who I think I am I can see myself as being doctor Jeckyl/Mr. Hyde.
I am 28 and I was diagnosed Bipolar when I was 16. I have seen that it has gotten much worse being that it greatly impedes my ability to lead a normal life. Anyways, 4 yrs ago I could say up until then I was a very outgoing, fun loving, adventurous, and confident person, even though my moods went to and froe I knew who I was.
Now...the last 3 years have been different. I am confused, indecisive, reclusive, afraid for others to really know who I am...because frankly I have no clue. I do have my good times when I feel like myself again but more often then not i'm a wreck.
Sometimes I feel so dead inside, sometimes I associate that feeling with my moods being so emotionally draining; I just shut down to protect myself. This realization frightens me, i'm just so tired of being this way...it's emotionally, mentally and physically draining.
Any comments...insight?

Hi Anne,
Denial, delusion and paranoia aren't symptoms of bipolar disorder (except in extreme cases where psychosis is present), they are more related to schizophrenia.
I might suggest that anyone who has a significant change in fortune might have a hard time adapting. We become enamoured with money and what money can get us and it can be hard to let that go. And perhaps, now that we have to we feel lesser than others and thus work to make others believe _they_ are lesser than _us_ in a classic example of low self-esteem behavior.
No doubt, it's hard to wrap a head around that beahavior as it's likely stemming from a place of personal hurt. Therapy is probably a good way to work these things out but only if the person recognizes them as a problem.
- Natasha

Hi Sarah,
Yes, people might be getting confused with other illnesses, sure, but I suppose I would argue that a "broken identity" isn't really a mental illness or part of a mental illness but rather a part of the human condition that happens from time to time but that we work through.
However, I understand the confusion because there are an awful lot of words in psychiatry and psychology that just don't have obvious meanings.
- Natasha

Again, I want to thank you for your blog. I find it enlightening and very helpful.
On this topic I have only a speculation to offer. In some cases, I wonder if others see the bipolar person as having a "broken identity" because the bipolar person projects an identity they wish to have, instead of the identity they do have. I may be wording this badly. I mean that they are in denial of their circumstances, which of course, means they have not accepted them. Here I do not refer to the diagnosis of bipolar disorder, but the OTHER circumstances of their life. My cousin, for example, of whom I have written to you before, was the daughter of a rather successful, financially, physician. He was also an alcoholic and ended up losing his money and his marriage. Her mother then remarried a man with a good bit of money, but ended up in rather straitened circumstances after his death. My cousin, however, still lives in the house her father built in a very tony part of town, and prefers to pretend she still has money. She goes to the "high society" church of her denomination instead of the nearby local one. She still pays big bucks for a haircut, although by her own words, they are pretty well broke. She also pretends she is better than I am, although her financial situation is no better.
People who know bipolar people who are engaged in such delusional self images may prompt others to see them as having "broken identities." I'm not excusing anyone for not understanding the illness better, I'm simply speculating that such behaviors may come across that way to them.
I'm still going through your blog posts looking for ones in which you address paranoia, projection, self-absorption. The latest issue I have to address while trying to help her younger brain damaged and autistic sister is her delusion that I and our other cousin are entering her home and going through her papers when she's not home. She has apparently become so self-absorbed as to forget that we have our own lives which are too busy for us to have the time or desire to do such a thing. She has also forbidden me to enter her property or call them, which says "bothers them." NEWS FLASH: She doesn't control me. She can be as crazy as she wishes to be, but she cannot abuse her sister by isolating her from everyone else. She accused me of "having issues with her" and "getting mad" when she is the one with the issues and the anger. I admit to being frustrated, because I know her sister is unhappy, scared, and possibly being exploited for her SSDI check. That cousin has recently voiced suicidal thoughts, and is clearly depressed. She wants to "be independent" and not live with her sister any more. She keeps asking me why her her older sister does these things. I just keep telling her that it's the way her sister's mind works, which isn't like the way mine or hers work. If I have problems wrapping my head around how to deal with my bipolar cousin, you can imagine what it's like for the younger sister!
What she has is a false identity in her mind.

Perhaps when people think of 'split personality' or even 'multiple personalities' they are thinking of Dissociative Identity Disorder, which is often confused with other mental illnesses.
Actually when it comes to mental illness people are just plain confused. And we are supposed to be the 'confused' ones!